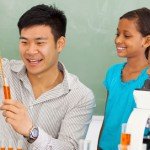 Tempted to go charter? Keep these facts and factors in mind when researching your educational options.

Whether you consider charter schools a welcome alternative to underperforming public schools or a flawed take on education reform, there’s no denying their growing popularity in the United States. The first charter school opened in 1992 in St. Paul, Minn., and now nearly 4,600 can be found in 40 states as well as the District of Columbia and Puerto Rico. Those numbers could increase as Secretary of Education Arne Duncan urges states without charter laws or with enrollment caps to revise their policies or risk their eligibility for certain stimulus funds.

Though supporters maintain that charter schools improve education by giving parents more choices and offering students more creative approaches to learning, opponents say the innovation promised by such schools often doesn’t translate into strong academics — a charge that appears to be vindicated by a June 2009 study (pdf) from Stanford University’s Center for Research on Education Outcomes. In response to the report’s findings that on average charter schools don’t perform as well as regular schools, the Center for Education Reform dismissed the methodology of comparing charter students with “virtual” peers as flawed since no two students are the same. (Earlier studies have found charter students to be more proficient than their public school peers.)

As you dig into your child’s educational options, use this primer on charters to make a more informed decision about which learning environment best suits your family’s needs.