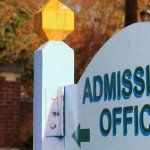 Find out who's going to college in the Golden State

About three out of four California public high school graduates in 2008-09 went on to college, but that rate varies widely among counties and various demographic groups, data recently released by the California Department of Education shows.

Enrollment in a postsecondary institution within 16 months of high school graduation ranged from 32.1 percent in Kern County to 80.3 percent in San Francisco County. Across the state, graduates who were socioeconomically disadvantaged, were learning English or had a disability went to college at lower rates.

The figures, derived from a statewide student tracking system and postsecondary enrollment data from the National Student Clearinghouse, show a statewide college-going rate of 74.4 percent.

Among graduates who were socioeconomically disadvantaged — defined as those whose parents did not receive high school diplomas or who are eligible for free or reduced-price school meals — 68.5 percent went on to college. Sixty-two percent of students with disabilities and 52.2 percent of English learners enrolled in college.

Imperial County showed the highest rates of college-goers who were socioeconomically disadvantaged — 80.2 percent — and English learners — 79.2 percent. The county’s overall college enrollment rate was 79.6 percent. Three out of four students with disabilities in Kings County matriculated to college — the highest rate in the state.

Kern County had not only the state’s lowest college-going rate overall, but also among the socioeconomically disadvantaged (31.7 percent), English learners (11.3 percent) and students with disabilities (12.9 percent).

Statewide, college enrollment among racial and ethnic groups was highest for Asians (85.7 percent) and lowest for Hispanics or Latinos (65.9 percent). More than 79 percent of whites, 77.9 percent of African Americans, 69.8 percent of Pacific Islanders, and 68.5 percent of American Indians or Alaska natives went on to college.

The map below shows the college enrollment rate among high school graduates in each county. Darker shades of green indicate higher matriculation rates. Alpine County, in red, had no data available.