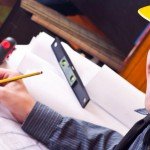 College student with learning disabilities designs his own future

Success has come one challenging step at a time for this persistent young man with learning disabilities.

A drafting class offered at a local technical school in Tennessee was just what Charles Rachal needed when he was a junior in high school. It turned out to be the first step in a challenging and rewarding journey that he couldn’t even have imagined at the time. Just five years later, Charles completed his fourth year of architecture studies at Wentworth Institute of Technology in Boston.  Next, he and 30 fellow Wentworth students will travel to Berlin to study architectural design and history.

Identified with learning disabilities in sixth grade, Charles has always struggled in school. Both reading and math are difficult for him. Even now, with college graduation in sight, he seems a little surprised at what he has accomplished. “Every semester (during the first two years at Wentworth) there were courses where I thought, ‘This will be the end of me!’ It was one of the roughest times of my life,” he adds. “Looking back on it now, I don’t know how I did it. But also, the challenges made it a positive experience.”

Parents’ words rang in his ears — do your best

At 22, he had given several years to seriously thinking about how to persist in his goals, in spite of the inevitable discouragement and obstacles. During middle school and high school, it seemed that, no matter how hard he worked, he rarely made good grades — and regularly made bad ones. Fortunately, his parents didn’t pressure him about his grades, except when they thought he hadn’t given a class his best effort. “Around sixth or seventh grade,” Charles recalls, “I was definitely pushed to do my best. Even when I was bringing home awful grades, I didn’t get punished for it, but they would tell me to try harder. My mom would tell me, ‘You’re not dumb; you just have a (learning) problem. A lot of people have it. Do your best.'”

Even with his parents’ understanding and support, however, he remembers becoming very discouraged about school. By eighth grade he was in a pretty constant state of what he describes as “sluggish.” Charles’s mom decided, as she explained it to him at the time, that it might be good for him to have “someone to talk to.” That’s how he met the therapist who helped him discover what has remained one of his most valuable coping strategies — running.

“He told me that it would be good,” Charles remembers, “instead of sitting around sulking — not his exact words, obviously — to get out and run and get my mind off things, that it would make me feel better and think better. And that was the case. I’d always heard that, but until I actually applied it to myself, I didn’t really understand where they were coming from.”

Although he can’t remember a particular moment in high school when he started to think about goals for his future, he does remember a slow shift away from focusing so much on his struggles. During after-school hours, when he wasn’t practicing with the school band, Charles says, he had a lot of time by himself to think. “I can’t really pinpoint a specific moment when the ‘light came on’ in my head,” he says. “But I can remember slowly having a more positive outlook, wanting to get more involved, and to think about the future a little more. Instead of thinking, ‘Well, I’m not getting any better,’ I kept focused on what was going to happen in the future. It was just having a different outlook.”

The opportunity during his junior year of high school to take a half-day of drafting and Computer Assisted Design (CAD) classes at nearby Tennessee Technical Center at Crossville (TTC) helped shift his thinking about career possibilities. “It was an encouragement,” Charles remembers, “when I saw older students getting into these computer models, and to think about maybe going to school to learn how to do the computer work, with a focus on design. It also was an encouragement toward architecture because I knew I would need to have some of these same skills in architecture.”

By the end of his senior year of high school he had accumulated 750 hours of drafting experience. As it turned out, this gave Charles a jump start when he applied to the architecture program at Wentworth Institute of Technology. In order to qualify for the five-year Bachelor of Architecture degree, he was required to complete a two-year core subjects program, and then apply by portfolio for his BA. Although fewer than one-quarter of the entering students were accepted into the BA program, Charles was one of them.

“Experiencing something completely different” was an overarching goal for Charles when he began to think seriously about his future. “I figured a complete change would be an encouragement to make myself stronger and to open up my eyes to what’s going on in the world,” he recalls. Because he’d spent his entire life in small towns in the South, he was drawn to Wentworth partly because it was located in Boston.

The social and cultural differences in the urban north turned out to be both stimulating and challenging. “People in Boston are a lot different from what I was used to,” Charles says with a chuckle. “It takes awhile for people to warm up to you here. I didn’t get it at first and for awhile I almost felt like ‘Why is everybody upset with me?’ On the other hand, in Boston you can choose who you want to be around from a lot more diverse range of people. That’s a big plus.”

In a design project for school, Charles made the switch from simply completing an assignment for a class, to taking “full ownership” for the design challenges the project presented. The project was a mixed-use building, for which students were asked to design residential, commercial, and hotel space. Charles took a unique approach to the design problem by making the hotel and residential spaces interchangeable, so that the building owners could take advantage of changing economic conditions in the neighborhood. Because he spent so much time problem-solving the design issues, he didn’t end up with as polished a final product as he ideally would have. But it was worth it.

“Rather than feeling upset about the (average) grade I received,” Charles comments, “I felt proud because I had a good understanding of the subject and I worked hard. I just did ‘too much,’ something I wasn’t previously used to doing. So even though my grade doesn’t reflect the entire semester the project took, I’m proud of the work that went into it and the results that came out of it.”

Learning his own mind

Not surprisingly, Charles has begun to think about his goals for after college graduation. He’d like to work for a couple of years, and then go to graduate school. “Why stop at Wentworth when I can keep going?” he says. “It took me 15 years just to figure out how to do well in school. I really hope to be able to get as much learning as possible. Lot’s of people take school success for granted because it’s so easy for them. They don’t have to struggle or figure out how their mind works. I’m still figuring that out today — how to focus my mind and do things more efficiently.

“Every kid I’ve met with learning or other disabilities kind of sees things differently,” he adds. “They’re dealing with multiple disadvantages that most students don’t have to deal with. But they’re more aware than other kids. When you have a disability, you have to use your strengths to defeat your disability.”

Asked what advice he would give to parents of kids with learning and attention problems, Charles offers the following: