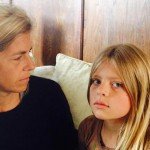 Confessions of a Common Core tester

A believer in the the Common Core Standards confronts reality when her own daughter field tests the assessments and comes home in tears.

Ever since I began working at GreatSchools, I’ve been hearing about the Common Core State Standards — the English/language arts and math standards expected to raise academic achievement across the nation.

In a country where many millions of kids never reach proficiency in math and reading by 12th grade, and as many as 60 percent of the lucky ones who do get to college are forced to take remedial classes, raising standards seemed — and seems — prudent. Perhaps most thrillingly for my liberal-arts-nourished mind, the common core was designed to stick a fork in the drill-and-kill, fill-in-the-bubble sins encouraged by the No Child Left Behind Act and cultivate deeper-learning skills like critical thinking and… be still my heart…collaboration.

As the standards rolled out in Kentucky and New York state amid a growing chorus of critics, I held fast to the faith. The rationale for raising standards seemed so unassailable: American teens ranked at the top in self-confidence, but below average in math, compared with their peers in other industrialized nations. Besides, as Amanda Ripley pointed out in The Smartest Kids in the World, every nation that has succeeded in radically improving its education system, be it Finland or Poland, has imposed sweeping new laws or national standards that the public generally started out, well, hating.

To add whipped cream and nuts to my common-core sundae, I read the standards and interviewed many of the educators who had helped create them, all of whom spoke affectingly about their efforts to forge benchmarks that would encourage students to really learn to think.

Sure, there have been problems with implementation, but wasn’t that to be expected?

Come on, let’s keep our eyes on the ultimate goal: raising a generation of kids who can write, calculate, and, yes, dream their way to a better world.

Unlike me, my child doesn’t live in that shining land of the common core. She goes to school in the real world, where the most random reality can bump up against brilliant ideals and knock them clean off their pedestals.

As her mother was penning patient exhortations on the virtue of high standards, here’s a tally of what my daughter was dealing with last month as she, her classmates, and her teachers were field-testing the Smarter Balanced assessments in their California elementary school computer lab.

One teacher mad as a cut snake. “You can’t believe the affidavit I had to sign for the tests,” Mr. M. tells me curbside one morning. “It was like they were threatening to put me in jail.” The tests, he added, were going to “completely disrupt instruction” for the next three weeks. “I wish parents would just say, no, I’m not allowing you to do this to my child.”

Nineteen Apple computers, circa 2008, that shut down midtest or failed to work the way they were supposed to. “Some kids got halfway through writing an essay, and they lost it all,” my daughter explained. “My audio didn’t work so I had to start over on another computer. Other kids never got their video to work.” Some students couldn’t log on because “the button wouldn’t click.” Some computers never managed to get online at all.

Thirty-one classmates who show varying levels of commitment to their duty as Smarter Balanced field-testers. “Everybody was asking the teacher, does this count on our grades?” my daughter told me, her voice quavering.

“When the teacher said no, everybody just started filling in all the answers randomly so they could get done as fast as possible. One boy who was supposed to write three paragraphs had written one, then he just added two paragraphs with just letters.

“Everybody was talking about it afterward. No one took it seriously.” And that is when the tears began to flow. “Except me. But everything took three times as long. And the questions just kept getting harder, and some of them didn’t make any sense, and everyone else was gone, and now I’m way behind everyone else because they just filled in random answers.”

When I suggested that perhaps she was taking it a little too seriously and really they weren’t testing her, they were testing the tests, she remained inconsolable.

“But, Mommy, if no one takes the tests seriously, how will we know if they are any good?”

She’s right, of course. There’s no way to test these tests without giving them to oodles of kids. But, as is true with any mother, I feel that anyone who stresses out my kid had better be doing it for a damn good reason, or they’ll have hell to pay.

I know. The tests are not the standards, but for many kids and parents and teachers around the nation, they are the clearest example of the common core in practice. And, according to my dutiful little field-tester, they are not all there yet.

I have reason to believe her.

Full confession: A month ago, I went online to do the practice questions for both major common-core assessment consortia — Smarter Balanced and PARCC (the Partnership for Assessment of Readiness for College and Careers) — for her grade. Many of the questions were difficult but wonderful. Others were in need of a good editor. A few, however, were flat-out wrong.

One Smarter Balanced question asked students to finish an essay that began with a boy waking up and going down the hall to talk to his mother. Then, in the next paragraph, he’s suddenly jumping out of bed. A PARCC reading-comprehension question asked students to pick a synonym for “constantly” out of five possible sentence options. I reread the sentences 10 times before I realized that no words or phrases in those sentences really meant “constantly,” but that the test-writer had confused “constantly” with “repeatedly.” Any student who really understood the language would be as confused as I was.

Hey, everyone makes mistakes, even a multi-million-dollar testing juggernaut. But what disturbed me was that these were the questions that the test companies had chosen to share with the public.

If they are making mistakes like this in public, what are they doing in the privacy of my daughter’s test?

Editor’s note: This article originally appeared in Education Week May 21, 2014 under the title, “Confessions of an Assessment Field Tester.”