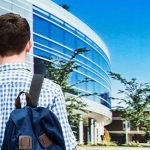 The question of community college

It's cheap, it's easy, but is it a path to higher education? One mother finds out when her dropout son enrolls.

My son’s troubled relationship with school began in kindergarten. Gifted but unmotivated, he struggled year after year with teachers he didn’t connect with and assignments that felt meaningless to him. By senior year, his disillusionment was complete. He rarely did homework and often skipped school. His GPA was abysmal. Despite having high test and SAT scores, he hadn’t accumulated enough credits to graduate, let alone get into college. Midway through the school year, he took the GED and got a job in a hardware store.

I took the long view, assuming it wouldn’t take long, working at a boring job for minimum wage, for my smart, intellectually curious son to see why he needed a degree. Sure enough, six months later, barely able to make the subsidized rent I was charging him, he asked, “Is it too late for me to go to college?”

I pointed him in the direction of the closest community college. “All you have to do is show up, enroll, and pay tuition. How about if you enroll and I pay the tuition?” He looked at me like I had thrown him a life raft.

Back door to your dreams

Obviously, community college is a great option for kids who didn’t do well enough in high school to get into the college of their choice. But these flexible, open-enrollment, two-year schools also serve academically strong students who can’t afford four years at a university, as well as students who are struggling with the college application process because they’re the first in their family to go to college or new to the United States.

“Community college is your second chance at your first-choice institution,” says Daniel Nannini, Transfer Center Faculty at Santa Monica College, a community college that in the past 23 years has sent more transfer students to University of California schools than any other college. The stats bear him out: Though community colleges serve a diverse population, including vocational and older students, 81 percent of community college students enroll with the expressed intention of transferring to a four-year college and getting a degree. And many succeed. Forty-five percent of bachelor’s degrees are awarded to students who transferred from community college.

There is no reason to give up on your dreams just because you didn’t save enough money or got derailed in high school. In fact, even if you have the money and the grades to get into a four-year school, community college can be a good option.

The financial advantages of going the community college route are clear. “You can save a fortune,” says Nannini. If you get a degree by starting as a freshman at a four-year school, the least expensive way (not counting scholarships or financial aid) to do that is by attending a public university and paying in-state tuition. The average yearly cost of going that route is $9,139 in tuition and fees. The average cost of a year at a community college is $3,347. So those two years at a community college can shave more than $11,500 off the cost of even the least expensive four-year college degree.

“Or, look at this way,” offers Nannini. “My son graduated from UC Berkeley. We calculate he paid $300 per unit for tuition.” (UC Berkeley’s estimated annual cost for tuition and fees for in-state students is $8,185.25.) “The cost per unit at Santa Monica College is $46. You can’t beat $46 a unit.”

In addition to saving money, community college students often benefit from a system that’s set up to help students succeed – even if they need some remediation. Teachers are on those campuses to teach rather than further their own research. Classes typically offer more hands-on teaching, especially for courses that are basic requirements.

In contrast, introductory-level classes in large public universities often involve hundreds of students watching a celebrity professor on a video screen while a TA grades their tests and papers. At a community college, class sizes are smaller and teachers tend to be more accessible and do more of their own teaching.

Getting there from here

The downside? The process of transferring can be confusing. Students can end up with credits that don’t transfer. And getting out in two years with enough credits to transfer requires careful planning.

Most community colleges have counselors to help students sort through the tangle of credit requirements. But the process of transferring from a two-year college to a four-year school is a morass of inter-college agreements and policies that vary from college to college — and sometimes from department to department.

The first step to successfully navigating the transfer process? Find out the transfer policies and requirements of the four-year colleges you’re interested in and plan your time at community college accordingly.

For example, if your dream is to attend Princeton, you’re unlikely to get in by spending two years at a community college first, since Princeton rarely accepts transfer students. Similarly, Stanford and Harvard accept just a handful of transfer students. But the University of North Carolina Chapel Hill accepts about 800 transfer students per year. And the University of California system, with some of the best public universities in the country, enrolls more students transferring from community college than any university system of its caliber in the nation.

And so it goes, varying from college to college and, within colleges, from department to department. So, before you choose the community college path, Google your school of choice or consult CollegeTransfer.net and find out the transfer policies of your dream schools. Next, investigate the departments you’re interested in to make sure they accept transfers.

“If students don’t go into the community college with a strategy to get out,” says Bob Patterson, Vice President of Student Success, Enrollment and Career Services at Chegg.com, a site that helps students get into, pay for, and succeed in college, “they get stuck.” If you want to avoid accumulating credits that don’t apply to your degree, you should be thinking about transferring from the moment you first set foot on campus at a community college. Of course, if you’re willing to spend the time and money, taking a variety of classes can be a fun and inexpensive way to explore what you want to study. Just make sure that strategy is part of your overall plan.

Cole gets good grades. He’s determined. And his entire course load at the moment costs less than $800 per semester. So I don’t worry (much) about whether his classes in Astronomy, Film, History of the American West, and Calculus II will count toward his major. He has his eye on the ball. (And on assist.org, a site that helps California community college students choose the courses needed to transfer.)

I have friends with kids who rose to the high school pressure to succeed and got into good colleges as freshmen. I listen to them talk with pride about these obvious successes — and I hear them complain about the costs. I’m happy for them, and I sympathize about the expense.

But there’s no part of me that wishes Cole had followed the same path. By taking an alternative route to college, he learned important life lessons. He’s going to college because he wants to, not because he aims to please me or anyone else. He’s doing it without going into debt. And when he graduates with his degree, he’ll have learned that there is more than one way to accomplish your dreams. And that’s something they don’t necessarily teach you in school.