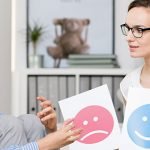 Russell Barkley, Ph.D., is a leading expert on the subject of Attention-Deficit/Hyperactivity Disorder (ADHD). He is currently a professor at the State University of New York (Upstate Medical University) and has written over a dozen books and more than 150 scientific articles related to the nature, assessment, and treatment of ADHD.

Dr. Barkley speaks eloquently and passionately about the need to recognize the complexities of the disorder and to treat it properly. He delivered this lecture on June 17, 2000, in San Francisco, California.

While he does point out problems with the American Psychological Association’s current diagnosis criteria for ADHD, he strongly defends the existence of the disorder — and its current medical treatment — which has critics as diverse as the Church of Scientology and Hillary Clinton. He cites the existence of hundreds of research studies that show ADHD causes harmful dysfunction in development of behavioral inhibition. His own 1998 article in Scientific American outlines not only the major issues involved in ADHD, but also much of the current brain science around it as well. Since it was published, there have been numerous studies linking specific genes to ADHD, and more are expected in the near future as the Human Genome Project progresses.

While genes and heredity are the strongest predictors of ADHD, Dr. Barkley also discussed sources of “acquired” ADHD. Three of the strongest (and most preventable) are Strep infection, pre-natal exposure to cigarettes, and alcohol.

Citing his own scientific research of the disorder, Dr. Barkley argues that the Inattentive subtype of the disorder has been under-researched, and for which current ADHD treatment is largely useless. These inattentive kids — whose symptoms include spaciness, under-activity, and dreaminess — are polar opposites of the better-researched aggressive, impulsive, hyperactive kids. However, they are the group for which attention deficit is truly the core issue.

Dr. Barkley’s theory of ADHD posits that the hyperactive subtype of ADHD — which represents the majority of kids, as well as the majority of research and knowledge on the disorder — is actually a disorder of impulsivity and self-control, not of attention. In other words, they have no deficit of attention, or input. Their deficit is in how they control their output. Much of the disorder rests on deficits in controlling the “executive functions” that most people develop to privately manage their emotions and actions, as well as their “internal language.” These functions allow us to transfer external events into mental internal events, to move from other-control to self-control, to distinguish the temporal now from the anticipated future, and to progress from immediate to delayed gratification. Kids with problems in these areas will be impulsive and unable to see consequences. They will also suffer from what Dr. Barkley terms “time-blindness,” an inability to measure or use time effectively.

Given these deficits, Dr. Barkley suggests that kids with ADHD generally have a developmental lag of 30 percent, which means that parents and teachers should assume that these kids have an emotional age 30 percent below their actual age. Readiness for milestone activities such as babysitting, driving, or going away to college can be greatly affected by such a lag.

Barkley offers parents and teachers of kids with ADHD tremendous resources for dealing with this lag, and with the related realities of the disorder. He is a champion of parents educating themselves. He also cautions parents to recognize that ADHD is a lifelong disorder. He warns them against non-scientific theories blaming ADHD symptoms on too much television or poor parenting, as well as unproven therapies such as Sensory Integration Training, Biofeedback, and Chiropractic Skull Manipulation.

Finally, both parents and teachers can help kids with ADHD manage their disorder by providing them motivation and consequences in the immediate present, specifically at what Dr. Barkley calls the “point of performance.” For kids who have trouble imagining the future, and relating consequences to actions, any behavior modification must take place on a regular and instant basis, in the actual situations that each child finds himself in every day. Therefore, camps and other stand-alone programs will likely have less success than a carefully thought-out motivation and management program practiced by a child’s parents and teachers.

© 2008 GreatSchools Inc. All Rights Reserved. Originally created by Schwab Learning, formerly a program of the Charles and Helen Schwab Foundation