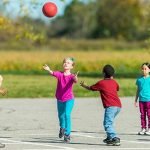 “Here they come,” the teacher tells me with a weary smile. The children are on their way back from recess. Excited voices echo from down the hallway. I’ve decided to volunteer at my daughter’s elementary school for the afternoon. Eager to see her smiling face, I intently watch the door as the children enter. Their energy as they trickle into the classroom is almost palpable. Even though the children are told to quickly take a seat, it takes a solid 10 minutes for them to settle in. There are reminders to put away jackets, trips to the bathroom, pencils being sharpened, children talking to other children, brief episodes of giggling, and a few rowdy demonstrations of affection between some boys.

Later, the teacher confides in me, “I don’t understand it. I think the children have more energy after they’ve had recess! Sometimes I wonder if recess is even worth it.”

Shortfalls of a short recess

Many teachers report that the period after recess is the absolute hardest transition time of the day. The children are often so wound up that it’s hard bring their focus back to their lessons. Some teachers confess to using special techniques to calm and re-focus the children, such as dimming the lights or playing soothing music as they reenter the classroom. While these are great coping strategies to help manage the chaos, preventing episodes of amplified activity from occurring in the first place may prove to be the most beneficial. To do that, we need to allow for a longer recess session. May I boldly suggest at least an hour?

An adequate amount of recess time (or lack thereof) can directly affect children’s ability to pay attention, self-regulate, socialize intelligently, and master complex learning skills. We can try to squeeze in short movement breaks here and there, but it won’t have the same effects — or, for that matter, even the same potential. Small movement breaks will always fall short of a good old-fashioned lengthy recess time.

3 reasons for a longer recess

A call for active play

Let’s face it: the current 20-minute recess sessions are not long enough. A mere 20 minutes won’t allow children to dive deep into their imaginary worlds or create elaborate play schemes. It’s not enough time for children to practice effective social skills — something that’s lacking in this age of technology. And a short recess won’t let children regulate their bodies to prepare them for higher-level learning experiences.

If we just made our recess sessions a little longer, we would likely see significant changes in child behavior, attention, and even creativity. The Swanson Primary School in Auckland, New Zealand is a perfect example of giving children more time and freedom at recess, and of the many benefits they saw as a result. We can do the same. All we need to do is make recess a priority once again.