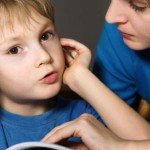 Early signs of a reading difficulty

Parents are often the first to suspect their child has a reading problem. An expert alerts parents to some of the earliest indicators of a reading difficulty.

Parents often ask: What are some early warning signs of a reading difficulty? What should I look for? In this article, Susan Hall, Ed.D., answers these questions.

A parent may be the first person in a child’s life to recognize a reading problem. A parent’s observation is critical because some of the earliest signs that foreshadow a reading difficulty can be seen during preschool and kindergarten years.

Difficulty manipulating sounds in words is one of the hallmark characteristics of reading difficulties and can be seen at a young age. Your child might struggle with rhyming, word games, or recognizing words that start with the same sound.

Often children who had repeated ear infections or speech delays during their early years eventually have trouble learning to read. Children who have articulation problems or are late to talk, as compared to peers, should not only receive a speech and hearing screening during the preschool years but should be monitored for possible reading difficulty.

Let’s turn to some stories from parents of children who later had trouble reading. What were some warning signs they saw as early as the preschool years?

Sometimes parents notice difficulties during first grade because a child who’s just beginning to learn to read may have trouble making associations between sounds and letters. Problems include detecting differences in speech sounds and performing tasks that require this skill, such as:

A child with weak phonological skills often prefers to guess at unknown words while reading because he is not very good at figuring out the sounds or blending them together. Being able to sound out unknown words is an important skill your child needs in order to read text. Beyond third grade, the text contains more difficult words that often cannot be predicted from context clues or limited pictures.

If you ask your first grader to read aloud to you and he resists doing so, this may be a warning that there’s a problem. Children who struggle often find reading is such a belabored process they avoid it.

By the middle of first grade your child should be able to read at least 100 common words, such as the, and, and is, and know the letter-sound associations well enough to read words in simple books. Watch for these warning signs as you listen to your child read aloud:

You can also look at your child’s writing for clues about reading difficulty. By the end of kindergarten a child should be writing words that contain most of the consonant sounds in a word, even though the vowels will often be missing or inaccurate until later.

These warning signs can be helpful to parents who suspect learning to read isn’t progressing smoothly. However, just because your child is struggling doesn’t necessarily mean there is a serious problem. Learning to read is a complex process that doesn’t occur overnight for most children; it takes time and plenty of direct, systematic instruction.

It’s important not to panic if you see some of these warning signs in your child. Lists of early warning signs can help you be on the lookout; however, there is no precise list of surefire signs of a reading difficulty. Each child is unique and may exhibit only some of the signs. Knowing what to look for can help you decide whether you need to investigate further. Calm and reasoned reactions are the most effective for your child.

Are you concerned your child might have dyslexia? Find out what to do next at Understood.org, a comprehensive free resource for parents of kids with learning and attention issues .