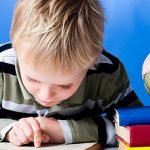 Research in neuroscience has produced clear evidence of structural differences in the brains of children with dyslexia.

Nature loves diversity. No two human brains are alike — by design. Diversity propels evolution by enhancing a species’ ability to adapt to changing environments. How does this relate to dyslexia? Hold that thought while we talk about the brains of children with reading difficulties.

While no two brains are alike, the brains of people with dyslexia are distinctly different compared to those without dyslexia. Dyslexic brains function differently because they are organized differently. They even look different, though not to the naked eye. Scientists use microscopes and sophisticated neuroimaging tools to study the structural and functional differences of dyslexic brains.

Studies of brains donated to medical research advanced our understanding of developmental dyslexia in important ways. Scientists discovered structural differences in two parts of the dyslexic brain — the cerebral cortex and the thalamus. The cerebral cortex is the six-layered outer part of the brain involved in high-level processing, including sensory and motor analyses, working memory, attention, and language. The thalamus, a “way-station” located at the center of the brain, is the major stop for information transmitted from our sensory organs (e.g., eyes and ears) to the higher-level processing cerebral cortex.

Microscopic examination of autopsied brains revealed changes in the arrangement of nerve cells and a smaller auditory region — both in the cerebral cortex. Measurement of nerve cells in visual and auditory parts of the thalamus revealed smaller cells. These studies provided the first evidence of a brain-based cause for developmental dyslexia.

Differences in the Cerebral Cortex

Let’s look more closely at the changes in the cortex. One concerns ectopias . These are small bunches of nerve cells (neurons) and bundles of tangled nerve fibers (axons). Imagine a microscopic jellyfish with tangled tentacles, and you have some idea of what ectopias look like. Their other distinctive characteristic is their location — within the first layer of the cortical areas responsible for language. Nerve cells normally are absent in this top layer.

These ectopias are caused by a change during neuronal migration — the journey all newborn neurons undergo to their final positions in the brain. But some newborn cells miss their stops, travel too far, and end up in foreign locations in the cortex, becoming altered in the process and connecting to the rest of the brain in atypical ways.

The fascinating thing about ectopic neurons is that they seem to connect with neurons in other parts of the brain differently. Since most ectopias are in the language networks and the frontal part of the brain related to verbal memory, it is easy to see how a different “wiring” pattern might affect the complex process of learning to read and write.

Another cortex difference — symmetry — has been found both in autopsied brains and in neuroimaging studies of living people with dyslexia. The human brain has two hemispheres that are almost, but not quite, mirror images. Not quite, because small size differences — asymmetries — exist between hemispheres. (The two hemispheres also process information, including language, somewhat differently.) Studies show that the planum temporale, an auditory region that is part of the language network, is the same size in both sides of dyslexic brains. In other words, dyslexic brains are more symmetrical.

Why is this news? Because the planum temporale normally is larger on the left side of the brain. This asymmetric brain design may be highly efficient for processing sequential information and for learning certain language skills, including reading, writing, and spelling. Symmetry of this area may interfere with learning to read and write.

Differences in the Thalamus

Scientists discovered yet another difference in autopsied dyslexic brains — smaller neurons in certain cell clusters (nuclei) of the thalamus. The two affected nuclei are dedicated to vision and hearing. Although scientists do not know exactly how size relates to function, smaller neurons in these two areas may disrupt the exact timing required to efficiently transmit information across brain networks.

The Challenge for Researchers

Scientists do not suggest that every struggling reader has these structural brain differences. However, these studies provide evidence that some children’s learning problems are brain based — though independent of intelligence levels. The challenge for scientists is to determine exactly how these structural differences affect children’s ability to learn to read.

Now, let’s return to that thought we were holding — how do diversity and evolution relate to dyslexia? While a dyslexic brain may not be ideally suited for processing certain sequential and linguistic information, perhaps its symmetry and connection differences constitute an ideal design for other kinds of processing. Indeed, teachers of children and adults with dyslexia often remark that many have unusual strengths.

In other words, children with dyslexia have strengths and weaknesses like all children. However, a disproportionate number may have exceptional strengths that can enrich all our lives. And, given the fact that environments always change, who knows what diverse minds our species will need in the future?