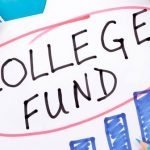 How much money will you need for college? We’ve broken it down for you, including often-overlooked and hidden expenses.

We’ve all heard that college is expensive — but after that basic truism, there’s a lot of variability. For the 2015-2016 school year, for example, the average published full tuition and fees and room and board costs for one year was $19,548 (for in-state students) and $34,031 (for out-of-state students) at a four-year public college. At a four-year, private, nonprofit school it was $43,921. But those are just averages. And since two-thirds of full-time students get some grant aid, the net cost is really the bottom line you want to consider. As your child makes and refines their college list, it’s important to look up the published costs and the predicted net costs of each school. In addition to annual estimates, it’ll help to scrutinize the various fees that are counted in these estimates — and the ones that aren’t.

To figure out what college will really cost, you’ll need to include both billable costs (tuition, fees, and room and board) and indirect costs (everything else, from books and school supplies to laundry and pizza money). Here’s a look at what you’ll really pay for college, broken into a few categories. These costs are usually listed in a college’s brochure or on its website. You can also use College Search to find breakdowns of costs at more than 3,800 colleges and universities.

These are fixed costs that the family is billed for by the college — such as tuition and fees, and room and board.

These are the costs that don’t show up on the college bill. They include books, supplies, and travel, as well as personal expenses such as laundry, phone, and pizza. If your child lives and dines off campus, room and board costs will also be indirect costs. Your child can control indirect costs to some degree by making smart spending choices.

These are the costs of your child’s education. They may vary based on academic program and number of credit hours. If the tuition is not the same for all full-time students, you may have to calculate your child’s own tuition based on the charge per credit hour. The tuition charge will appear on the bill.

The College Cost Calculator will compute the total cost of a college degree. Input the posted tuition and fees from a specific school or use the averages supplied in the calculator. To get an exact cost for a specific school, enter the name of the school into this calculator.

These costs are billed by the college if your child lives on campus and has an on-campus meal plan. The charges will vary depending on the room and meal plan chosen, but the average is similar to tuition and fees. Most schools offer three optional meal plans. Students with healthy appetites might want to supplement a cheaper meal plan with care packages from home of simple foods they can prepare in their dorm room. Off-campus living will shift this money from being included in the college bill to being incurred separately as an indirect cost.

For the 2015-2016 school year, college students paid an average of $607 per year on books and course materials, according to independent research firm Student Monitor. Of course, the cost of books and supplies varies greatly each term with the classes students take and the availability of new, used, rentable, shareable, and electronic texts. According to a survey by the National Association of College Stores (NACS), the average cost of a new book is $79, but it’s $59 for a used book. But if that seems low, you might be right. You can also use College Search to look up the estimated cost of books and supplies at thousands of schools, including, for example, UCLA ($1,635 per year), Brown University ($1,504 per year), and University of Michigan ($1,048 per year).

Students (or their parents) can get a tax credit for money spent on textbooks through the American Opportunity Tax Credit, which will defray up to $2,500 spent on out-of-pocket college costs, including course materials, fees, and tuition. To qualify for the credit, single filers must have a modified adjusted gross income under $90,000. For couples filing jointly, the upper modified adjusted gross income limit is $180,000.

The monthly costs for things like laundry, clothes, hygiene, and phone fall under personal expenses. Keep careful track of these as they can quickly build up. To help you plan, the national average monthly cost — estimated by the IRS — is $83 for apparel and services, $36 for personal care products and services, $32 for housekeeping supplies, and $143 for miscellaneous. Cell phone plans range from $9.99 per month and up, and laundry is approximately $6 per week (or about $3 per load).

Travel is usually not added to the budget, unless the student lives more than a few hundred miles away from campus. If a figure has not been provided, make your own estimate based on the means and the frequency that your child plans to travel. If you can’t discourage your teen from taking their own car, factor in monthly campus parking fees.

Expect texts and phone calls asking for money. Just as in normal life — maybe even more so in college life — things come up. You can most likely expect at least these five to arise:

At some point during their college career (maybe right away), your child will probably consider living off campus. You’ll need to make a completely separate estimate of these expenses, including utilities, internet, maybe transportation to campus and some furniture, too.

Your child can benefit socially and professionally from joining one or more student groups, but each usually comes with fees. Sports clubs tend to be the most expensive, but even things like debate team or chess club will probably have a fee. Going Greek (joining a sorority or fraternity) will come with added expenses; if your child moves into the house, their room and board may included membership dues and fees, but expect additional costs.

Going to games is fun, but it will increase a student’s college expenses. Following less popular sports, like volleyball, tends to be less expensive than supporting the NCAA-ranked basketball or football team. Students get discounts, but the range of prices from school to school is significant.

College campuses draw entertainment of all caliber — from bot wars to French horn quartets, from comedians to rock stars. Put it in your budget in case your child doesn’t put it in theirs. Sometimes these culture activities are recommended for a specific class.

Despite the expensive food plan you pay for, students will spend money for food outside the system, nearly $800 a year, according to a 21st Century Insurance survey.

Finally, the U.S. Department of Education’s College Scorecard offers comprehensive information about different ways to pay for a college education.