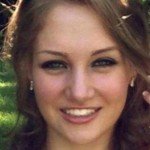 Advertisement
Parenting » Dilemmas » Do parents — if they can afford it — owe their child a college education?

Do parents — if they can afford it — owe their child a college education?

Paying for college is no small task. When it comes to finances, adulthood, and parents' responsibility for their child's education, determining where to draw the line can be tough.

Many people — especially the education-loving parents who find themselves reading GreatSchools — will be tempted to say yes: paying for college is a parent’s responsibility.

After all, shouldn’t parents take their role in supporting their children’s education seriously — not as a whim, but a sacred duty?

Consider, then, the story of Rachel Canning, an honor student and cheerleader who broke news when she sued her parents to pay for her college education. According to press reports, the senior at a Morris Catholic High School claims she was kicked out of her home when she turned 18 in October. The teenager then moved in with her best friend, whose parents are reportedly footing the bill for the suit, which also demands financial support, her current private school tuition, and legal fees.

CBS 2 TV reported that the Superior Court Family Division Judge Peter Bogaard denied the girl’s requests for funding from her parents citing the daughter’s alleged behavior over the past year including “one or two school suspensions, drinking, losing her captaincy on the cheerleading squad and being kicked out of the campus ministry.”

Her parents for their part claim that their eldest daughter was not kicked out, but left since she did not want to comply with house rules and curfews. In a letter to friends and family (reproduced by Ashbury Park Press), the parents said their children always came first: “Whatever they wanted, they received. If it meant that we went without, then so be it.” Rachel’s lawyer told the court the teen’s home life is an “abusive unhealthy situation.”

This is an unusual case — but the transition of children into adulthood in our culture is nothing if not fraught. Teens push boundaries and lash out. Parents threaten (and sometimes act on) all sorts of crazy things in an attempt to hold those boundaries. It can get ugly even in the best of homes. Rachel may be a normal girl who is having a very public teen temper tantrum. Her parents may be normal parents whose admonishments that their child follow the rules or move out came astonishingly true.

Although most of the public response to Rachel’s suit has been unmitigated disdain (“spoiled” is getting a lot of headline play), I know a woman who 20 years ago experienced a similar break with her parents. Rebelling against her father’s strict rules, she moved into a friend’s house at 16 and was summarily cut off. Her father, a wealthy lawyer, said he wasn’t paying for college, despite her admission to an Ivy League school. My friend made it through university with a combination of jobs, grants, and loans and went on to yet another Ivy League for her Ph.D. In later years, she maintained a relationship with her parents, but it’s safe to say the wounds from those years never completely healed.

We may never know the emotional truths behind this particular legal battle, but one thing is guaranteed: when private family feuds become the stuff of lawsuits, we need to scrutinize what we believe as a society. Right now, we’re in a moment that puts huge stock in a parent’s responsibility — we want parents to step up, seize their enormous influence, and assume the role in helping their kids get ready for the world. At the same time, when taken too far, this can create perverse distortions — where a teen decides that not only is she entitled to private school tuition and a college education, but that it merits the attentions of our public courts.

Does the moment when a teen turns 18 create an ethical as well as legal line in the sand? Do kids have a legitimate case if their parents yank away promises of paying for college? Where do a parent’s responsibilities end and the child’s begin?