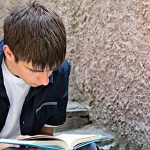 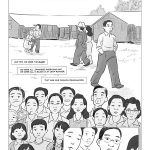 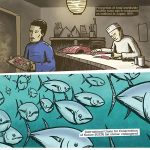 Here's a reading list of graphic novels — they just may revolutionize your teen's reading and thinking.

Teen activists worldwide are making headlines for their social justice advocacy on everything from climate change and immigration to substance abuse and LGBTQ issues. As young people get more vocal about these issues, this trend is being reflected in the graphic novels they are reading.

It’s a relatively new genre. The term graphic novel first came about when cartoonist Will Eisner used the phrase to get publishers to recognize his 1978 work, A Contract with God: And Other Tenement Stories, as a novel rather than a comic book. Later, to help others understand the term he coined the definition: “a long comic book that would need a bookmark.”

Later, the cartoonist Art Spiegelman created Maus, which relayed his father’s experiences during the Holocaust through pictures in which Jews were mice, Germans were cats and Poles were pigs. The book became the first Pulitzer Prize-winning graphic novel in 1992. It was a game-changer, giving credibility to a format that many people, and even Congress, had previously criticized.

Sales have soared since then.

Because the combination of text and images in graphic novels can communicate issues and emotions that words alone often cannot, more educators and parents are finding them to be effective tools for tackling tough issues with kids. The acclaimed author Nikki Giovanni has put it this way: “A comic book is no longer something to laugh with but something to learn from.”

We are library and information science professors in the U.S. and Australia who are curating a collection of these books to share with educators, parents, and students. Here are some highlights, grouped by category.

Racism and other forms of bigotry

In the graphic novel memoir They Called Us Enemy, actor, activist, and Star Trek legend George Takei partnered with co-authors Justin Eisinger and Steven Scott and the illustrator Harmony Becker to share his family’s experience during World War II. During this time, U.S. citizens like Takei’s Japanese American family were forcibly moved to internment camps and treated like criminals. Takei encourages readers to give their voices to those who are silenced so that history does not repeat itself.

Another good example in this vein is New Kid by African American author and illustrator Jerry Craft. Its main character, Jordan, attends a private school where he is one of the few students of color. Jordan feels like a fish out of water, struggling to fit in at school and his neighborhood. New Kid recently won the Newbery Medal — the first time that a graphic novel has won the prestigious U.S. children’s literary award. 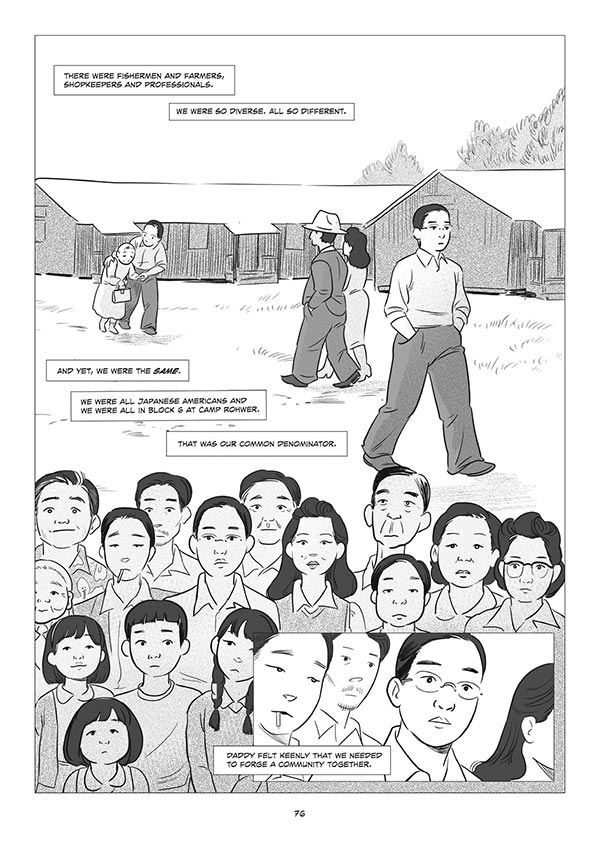 Jarrett Krosoczka, the author and illustrator of Hey Kiddo! How I Lost My Mother, Found My Father, and Dealt with Family Addiction, makes his dysfunctional childhood as normal as possible by expressing himself through drawing. His powerful graphic memoir can help spark discussions about challenging issues with teens.

Another author and illustrator who drew her own path is Katie Green. With stark black-and-white illustrations, she presents the story of her struggle and recovery from eating disorders in Lighter Than My Shadow. A scribbly black cloud in the book represents Green’s disorders and the anguish that came with them.

The graphic anthology Wild Ocean: Sharks, Whales, Rays, and Other Endangered Sea Creatures explores the plight and beauty of endangered animals. Overfishing, global warming, and other man-made dangers threaten the lives of these sea creatures. This eco-themed book, edited by comic artist and author Matt Dembicki, helps students connect with climate change issues. Reading the book may motivate them to develop ideas to help save our seas. 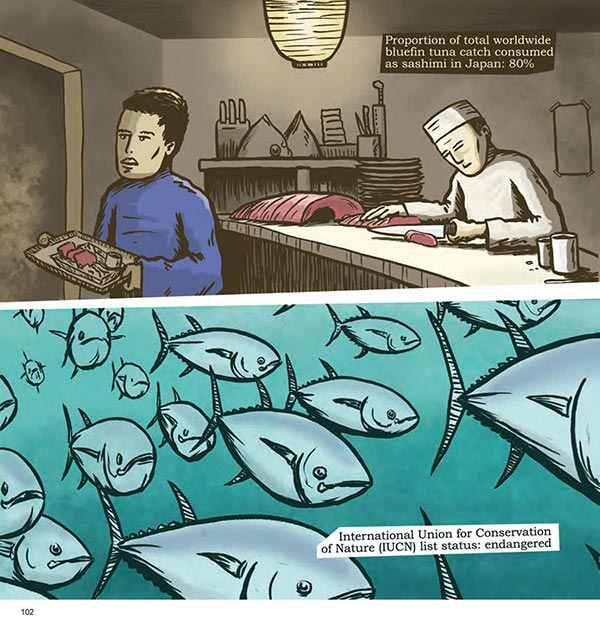 Escaping Wars and Waves: Encounters with Syrian Refugees, by the visual journalist Olivier Kugler, Escape from Syria, by foreign correspondent Samya Kullab together with illustrator Jackie Roche, and The Unwanted: Stories of the Syrian Refugees by author and illustrator Don Brown are powerful stories about Syrians forced to leave their homes and families. Their stories of the refugees’ struggles paint a stark picture of a problem that today’s young people may well have to fix in the decades ahead.

LGBTQ and intersex teens often feel isolated, confused, and afraid while coming to terms with their sexual orientation and gender identity. Reading graphic novels with characters like themselves can help them understand it is OK to be who they are. Likewise, putting a book with these characters in the hands of non-LGBTQ teens can help them empathize with LGBTQ friends.

Bloom, by writer Kevin Panetta and illustrator Savanna Ganucheau, is a graphic novel about Ari, a recent high school graduate. He feels pressured to work in the family bakery rather than following a musical career. When Ari hires a young man as his replacement, love is in the air and ready to bloom.