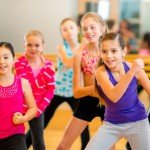 Of brawn and brain

Can kids sweat their way to academic excellence?

“Healthy body, healthy mind.” The concept couldn’t be simpler. Or older. Ancient Greeks made the body-mind connection central to their culture: Scholars ran marathons, and athletes engaged in Socratic dialogues.

Yet in our dubious wisdom, contemporary Americans have built an empire on the brain-body disconnect. We’ve designed cities exclusively for driving, and family housing without backyards or walkable/bikable streets. With mandates to improve scores, raise standards and save money, our schools have slashed PE and shortened recess. Not surprisingly, our children are far more sedentary than previous generations. The 24-7 lure of the screen no doubt compounds the problem. According to a 2010 Kaiser Family Foundation study, kids ages 8 to 18 now spend an average of seven hours and 38 minutes a day using entertainment media.

The neuroscience of feeling the burn

For decades researchers have explored how exercise can delay cognitive decline in the elderly and Alzheimer’s patients. But for Charles Hillman, a neuroscientist at the University of Illinois at Urbana-Champaign, the focus on elderly, already impaired patients seemed to miss the point. “Right around when my son was born, I started thinking about how it didn’t make sense that we were waiting until people were 60 years old to intervene,” he says. “We started looking at 7- to 10-year-olds and turned the table on early intervention.”

Using a type of EEG that records the brain’s electrical signals, Hillman and his research labs have been able to isolate how certain kinds of fitness and exercise influence children’s thinking. The results have been eye-opening.

“After exercise, kids have greater amounts of attention, respond more correctly to decisions, and perform more efficiently,” Hillman explains. Lately the labs have teamed up with the local school district to implement a series of applied research programs, which focus on the cognitive benefits of aerobic exercise. Other studies have found that when it comes to brain functioning, not all exercise is created equal: Aerobic exercise improves test scores in math and reading, while strength training and stretching appear to have no impact.

The case for keeping PE

“The idea of cutting out PE from the school day makes no sense,” says Hillman, citing studies that show that adding an hour of physical education to the school day allows students to get an equal amount of work done — despite the break from classroom learning. “Kids did equally as well, and so it’s a win-win since ultimately you’re building a healthier individual.”

It’s long been known that fitness levels correlate with higher academic performance, but correlation does not mean causation. Perhaps the parents who make sure their children exercise are also more likely to help with their homework. Or perhaps the kids who excel in sports are similarly competitive (and therefore successful) in the classroom.

Hillman’s research explores a different idea altogether: That no matter the child’s fitness level, weight, or academic standing, a single bout of exercise can yield measurable cognitive benefits as well. In one 2009 study of elementary school students published in Neuroscience, Hillman and his fellow researchers found that a single 20-minute, moderately intensive walk led to improved accuracy, memory, and attention one hour later. It also improved reading comprehension.

What can parents do, even if they work full-time and their kids’ schools provide little in the way of exercise? “You have to build as much PE into the school day,” says Hillman. “That means walking and taking the stairs as well as PE and recess. Also, teachers and parents need to remember they are role models, and we want to act in a way that we want [children] to behave.”