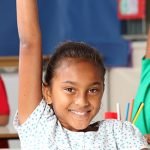 While mandatory retention policies are not generally effective, this substantial study shows that holding third graders who are learning English back — and supporting them extensively as a result — may be effective.

Making struggling students repeat third grade is an increasingly popular idea. Back in 1998, California was the first state in the nation to require students to repeat third grade if they couldn’t read at a basic level, as measured by the state’s annual tests. Another 15 states, plus the District of Columbia, followed suit and passed similar “retention” laws. Nevada and Michigan will join them in the upcoming 2019-20 school year. The hope is that if kids can become proficient in reading early on, they’ll be much more likely to succeed in all of their subjects, from science to social studies, because students need to know how to read to learn the material.

That might seem like a reasonable approach but there’s controversy among researchers about whether repeating third grade is ultimately helpful. Although some studies have found that students who are held back at a young age tend to post higher test scores than similar kids who were promoted to the next grade, this initial bump in scores fades out over time. Six years later, according to one 2017 study, the retained kids weren’t testing any higher than their promoted peers at the same age. (However, when the authors compared test scores at each grade level instead of each age, the achievement gains persisted.) Skeptics have also pointed out that being held back is both expensive for school districts — taxpayers end up paying an additional year of education — and demoralizing for students. One 2014 study found that kids who were held back when they were young were less likely to graduate from high school.

It’s easy to argue about this extensive and muddy body of research. But now a pair of researchers has found that one particular group of students might especially benefit from being held back in third grade: immigrants.

In a large scale study of 40,000 English language learners in Florida, those who were held back in third grade learned English substantially faster and took more demanding classes in subsequent years. The retained kids became proficient in English in just one year, on average, half the time of their peers who were directly promoted to fourth grade.

“This has implications beyond Florida,” said Umut Özek, one of the authors and an economist at the American Institutes for Research, a non-profit research organization. “The United States is in the midst of the second largest immigration wave in its history.”

“We know that attaining proficiency earlier makes a big difference,” Özek explained. “What we find in this study is that early grade retention, test-based early grade retention accompanied by instructional support, could help achieve this goal of making English learners English proficient before they reach important milestones in their educational life.”

The study, still a draft paper circulated by the National Bureau of Economic Research in January 2019, is titled, “An Extra Year to Learn English? Early Grade Retention and the Human Capital Development of English Learners.” In addition to Özek, it was written by David Figlio, an economist at Northwestern University.

Özek and Figlio studied student records of English learners in a dozen of the largest school districts in Florida dating back to 2002, when a new policy required all kids to score at least a 2, the second lowest of five achievement levels, on a reading test to move on to fourth grade. Those who scored only a 1 would have to repeat third grade with extra support, including a longer 90-minute period of reading instruction per day, summer reading camp and high-quality teaching. Children with disabilities were exempted from being held back, as were immigrant children who had been in the English learner’s program for less than two years. But two-thirds of the English learners had been in the school system longer than that and were expected to meet the same threshold as everyone else.

The kids who were held back initially posted much higher test scores than their promoted peers. For example, the fourth graders who were previously retained were outscoring the fifth graders who were promoted. But this advantage peaks and then dissipates by middle school. However, when the researchers crunched the numbers a different way, comparing test scores of students when they reach the same grade level, they find a sizable advantage for the retained kids that persists through eighth grade, the final year for which the researchers had test results.

More dramatic was the difference in future courses. The likelihood of taking a remedial English course in middle school was reduced by a third for kids who were retained. Meanwhile, these retained English learners were much more likely than their promoted peers to take an advanced math or science course in middle school and college credit-bearing courses, such as Advanced Placement, in high school.

Özek argues that it can be economical for districts to invest in an extra year of schooling for immigrants when it reduces the time it takes for students to become proficient in English. That’s because English learner programs are more costly to operate than general education and better-educated children may turn into higher-earning workers. Nationally, there are almost 5 million English learners in public schools, making up almost 10 percent of the public school population, according to the most recent federal data from 2015. But in many urban school districts, such as Los Angeles, the share is much higher.

The benefits to being held back weren’t uniform for all English learners. Those who were born in another country and moved to the U.S. benefited more from the extra year to catch up. Second-generation Americans who were born in the U.S. but still classified as English learners didn’t benefit as much from retention. Those with higher third grade math scores — an indicator that the kids were otherwise good learners — also benefited more from retention. Retention worked better for kids in wealthier elementary schools than schools with high poverty. In other words, retention may be a more potent solution for young kids whose families are relatively recent arrivals and haven’t endured multi-generational poverty in a low-income neighborhood.

It’s unclear why repeating third grade is so helpful to many English learners. Maybe it’s the extra support — the additional instructional time and high-quality teaching — that’s making the difference. If you gave all kids who struggled on the third grade reading test the same extra support in fourth grade, they might have done just as well. As it stands right now, the state policy is to provide the extra support only for repeaters, so researchers can’t test this. One theory for why repeating a grade works is that the human brain can only learn so many things at one time. And perhaps it is easiest for kids to focus on basic language acquisition before we start asking them to tackle the challenges of long division and metaphors in fourth and fifth grades.

This story was produced by The Hechinger Report, a nonprofit, independent news organization focused on inequality and innovation in education.