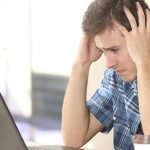 Did your teen get a low PSAT, SAT, or ACT score? Don’t panic. Everyone can improve their scores. Two experts share their secrets for helping teens learn how to rock these tests.

Jeremy seemed bewildered the first day that Anthony-James Green arrived at his door to help him prepare for the SAT. At that point, Green had been working as a private SAT tutor for six years and had seen this deer-in-the-headlights look before.

A conscientious student, Jeremy was a junior who loved science and got mostly A’s. It had never seemed like a stretch that someday he’d go to college. Then the results of his first SAT arrived, casting a shadow on his future.

His scores were so low, he was unlikely to get into any college, except the few that didn’t consider any admissions tests at all. With 990 out of 2400 (this was the old SAT with a maximum score of 2400; as of 2016, the new SAT is scored out of 1600 points), Jeremy’s scores lagged across the board: in English, math, and writing.

Green gave Jeremy a pep talk and explained his proven strategy for getting kids to raise their scores, no matter how bad they were: daily practice, focusing on knowledge gaps, and building one skill at a time. Green helped Jeremy identify his weaknesses: he didn’t know arithmetic; he didn’t understand decimals; his understanding of punctuation was spotty. Over the course of nine months, Jeremy began filling in these specific holes in his education.

Working in short spurts a few minutes a day, Jeremy wove SAT prep into his already packed school schedule. Each time he took a practice test, his score was better. By the time he sat for his official SAT, the teen knew what to expect. Jeremy’s final score — 2280 — was high enough to be considered for an Ivy League school.

Can your child improve as much as Jeremy?

“One of the strangest misconceptions is that getting great test scores has something to do with natural ability,” says Green. “I’ve known kids with great grades who are brilliant who have terrible scores and kids with terrible grades who get really high scores. It all boils down to familiarity and practice.”

“Practice, practice, practice,” echoes Sy Kim, executive director for Aspire Education, a nonprofit test prep company in Oakland, CA. “These tests are administered the same way multiple times a year, year in and year out. If your child can become familiar and anticipate the kinds of questions they’ll ask, you can absolutely crack the code on these tests.”

The problem for many first-to-college kids, says Kim, isn’t the content of the test or their ability to learn it, but factors that present invisible hurdles to success. “Some kids just don’t believe they can go to college, so they don’t have a lot of motivation. Or some kids are convinced they’re not smart, or are terrible at tests — this is something I had to get over myself.”

The key to improving SAT scores

“Start early!” says Green. “People put it off because they’re scared,” he says, “but the truth is that everyone can get high scores with enough time, but no one can improve a lot by trying to cram in three weeks during their senior year when they have three hours of homework a night and they’re already exhausted.”

For students without access to classes or tutors, Kim advises buying an official SAT book “because it mimics the actual test better than other books.” And, she adds, use the free online SAT content from Khan academy, because this test prep material was created by Khan academy in partnership with the College Board, which designed the SAT. She also suggests a simple approach for honing in on your biggest weaknesses and learning from your mistakes.

“Take a short practice test and mark the wrong answers,” she says, but don’t look up the right answers yet. Instead, “try to do those problems again — and correct those answers. If you make a mistake a second time, then spend time reading the explanation of the correct answer in the back of the book.”

Both Kim and Green suggest that it’s important not to focus on the big goal, but to make small, doable goals that keep the student moving forward.

“Big goals can be overwhelming and disappointing,” explains Kim. “Instead of saying you want to improve your score by 200 points, say, ‘With the grammar section, I’m going to try not to get more than 15 wrong.’ Then, ‘I want to get no more than 12 wrong.’ et cetera.”

“The goal is consistency, not the finish line.” Green says, furnishing a metaphor that he’s probably used to good effect with a lot of teenage boys. “Take two guys: one says he wants a six pack; the other says he wants to go to the gym a half hour a day. I’ll put my money on the one who’s going to the gym everyday.”

How long should your child expect to toil away at test prep?

“There’s a magic number,” says Green, who estimates he has worked with more than 450 students over the last 10 years and helped kids raise their SAT scores an average of about 300 points. “Roughly 100 hours — total — is as good as they’re going to be.”

The parent’s role (Hint: it’s not to be a tutor)

“I do not recommend parents get involved in the process at all, unless that means driving them to the testing center on the day of the test,” says Green. Parents do, however, have an important role. The point is to motivate your child, he says, not teach them trigonometry.

“Parents need to talk to their kid about their career dreams, then help them see how better scores can help them to get into a college that can help them make these dreams come true,” says Green.

It’s a matter of connecting the dots between toiling today and dreams tomorrow, he adds. “Your job is to connect their life goals to the scores they need, and then get out of the way.”