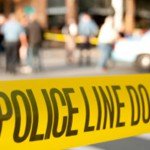 Advertisement
Parenting » School life » How can we stop school shootings?

How can we stop school shootings?

An active shooter on school grounds is every parent's worst nightmare. Here is what to know about school safety and how you can help your school maintain a safe environment.

This week another senseless, avoidable tragedy occurred where all children should be safe: in their elementary school classroom. Two teachers and 19 children were killed by a young man wearing a protective vest and armed with a handgun and an AR-style rifle at Robb Elementary School in Uvalde, TX. This horrific violence has become all too common at schools across the U.S. With each school shooting, we watch the news in shock, but the truth is, this senseless violence keeps happening. So far in 2022, there have been 27 school shootings, according to NPR with data from EdWeek. In 2021 there were 34, In 2020 and 2019, there were 10 and 24, respectively, with a dip in 2020 when schools were closed due to the pandemic.

In the wake of another school shooting, the debate about gun safety is once again in the news. Research suggests that a majority of Americans share similar concerns about unregulated guns in our society. According to data from the Pew Research Center, “there is broad partisan agreement on some gun policy proposals,” including background checks to restrict people with mental health issues from purchasing guns (85 percent of Republicans and 90 percent of Democrats) and subjecting private gun sales and gun show sales to background checks (70 percent of Republicans and 92 percent of Democrats). What’s more, majorities in both parties support legislation to hold irresponsible gun dealers accountable and laws to enable families and law enforcement to remove guns from those behaving violently.

According to the New England Journal of Medicine, data shows that in 2020, guns surpassed car accidents as the number one cause of death for children ages 1 to 19. Despite a dip in school shootings due to school closures, the study authors write, “the increasing firearm-related mortality reflects a longer-term trend and shows that we continue to fail to protect our youth from a preventable cause of death.”

How are kids accessing guns? According to nonprofit Sandy Hook Promise, an estimated 4.6 million U.S. kids live in a home where at least one gun is kept loaded and unlocked — and the guns used in 68% of school shootings were acquired at home or a friend or relative’s house. How can that be? Partially, they report, “​​Nearly half of all parents with a weapon in the home wrongly believe their children don’t know where a gun is stored.”

Schools are still the safest places for children

After a school shooting, it’s understandable if you or your child feel that schools are unsafe. However, statistically, children are much safer in school than they are beyond school walls. “Children are far more likely to be shot in a residence, store, street, parking lot, shopping center, or a restaurant than a school,” says Dewey Cornell, professor of education at the University of Virginia and director of the Virginia Youth Violence Project. “We cannot let the painful feelings of a tragedy distort our perception of schools.”

Cornell notes that violent threats to children’s safety are a nationwide issue. “National Vital Statistics show that we have more than 300 shootings every day in the U.S. where someone is killed or wounded,” Cornell says. “Far less than 1 percent of shootings occur in schools. We have a gun violence problem, not a school violence problem.”

What schools are doing to protect students

In 2012, schools responded to the deadly elementary school shooting in Newtown, CT with an emphasis on school security. Schools have also focused on preparedness in case of a shooting or other violent event. At last count, in the 2017-2018 school year, the U.S. School Survey on Crime and Safety found that 92 percent of public schools had plans if an active shooter were on campus, and 91 percent had plans to deal with bomb threats or similar incidents.

In addition, 42 percent of all public schools (and 68 percent of public high schools) employ school resource officers (SROs), who are sworn law enforcement officers. The use of SROs has come under fire, after schools delegated everyday disciplinary measures to the police, leading to criminal charges for students’ commonplace misbehavior. According to the University of Connecticut Center for Education Policy Analysis, “research overwhelmingly suggests that SROs have no positive impact on students’ safety and may in fact make students less safe.”

Along similar lines, in response to school shootings, some have called for increased gun presence in schools in order to bolster security. Cornell cautions strongly against that approach. “Arming our teachers is unreasonable, impractical, and dangerous,” he says. “We should place more emphasis on preventing shootings rather than preparing for them,” he says. “Prevention must start before a gunman shows up at school.”

Elizabeth Englander, director of the Massachusetts Aggression Reduction Center and professor of psychology at Bridgewater State University, agrees. “During school shootings, even when we’re able to keep children from being harmed physically, the psychological harm is enormous,” she says. “Once violence happens, the damage is done.

The best strategy is prevention

Unfortunately, says Cornell, school shootings elicit copycat threats. “There will be a wave of students making threats in the coming weeks that will raise many false alarms,” he wrote in an email. “These students may be seeking attention, trying to pull a prank, or angry about something. What schools should do is use threat assessment to avoid overreacting … and focus attention on the small number of serious threats which indicate a need for mental health support and social-emotional learning.”

He’s referring to Virginia’s threat assessment program, which was mandated statewide in 2013 to proactively resolve student threats before violent acts occur. Threat assessment programs aim to keep schools safe while addressing underlying issues and helping troubled students. In Utah, a state-wide crisis tipline that’s accessible through an app provides students access to crisis counselors and a confidential means of reporting bullying, violence, and threats. Across the country, educational experts are encouraging schools to teach social and emotional skills and provide access to in-school counseling and support.

Englander says that while many schools do a good job of prevention, their efforts are bound by limited resources. “We need to sink more money into preventing violence in schools, by staffing schools adequately with mental health support staff and by offering training to all educators in violence prevention and social-emotional learning,” she says.

Cornell agrees. Threat assessment, which is designed to help distressed students before their problems escalate to the point of violence, means having trained staff in our schools who can prevent bullying and help students deal with depression, trauma, and other mental health needs. “We have too few counselors, psychologists, and social workers to deal with the flood of troubled students,” Cornell wrote in an email. “We need more staff. Many of our students are resilient and will make it to graduation, but a few will leave school with a growing potential for violence that will be triggered by a grievance or disappointment. We must help them now rather than wait until it is too late.”

Parents can powerfully impact the safety of their children’s schools by voting for gun safety laws and ensuring that they and their children contribute to the wellness of the school community.

“Parents should advocate that their schools do a better job of helping troubled youth, stopping bullying and harassment, and using threat assessment to evaluate students who threaten violence,” Cornell says.

But parents’ biggest impact may be in how they prepare their children to speak up if they have a safety concern about another student. Students are often the first ones to see signs of a classmate’s troubled mind, either through words, actions, or digital output. But students first need to understand the difference between reporting and “snitching,” says Susan Fitzell, author of Snitching vs. Reporting. Schools, she says, need to educate students about the difference between reporting serious, disturbing behavior, and mere snitching about a minor matter to get someone in trouble.

However, even when they do understand the difference, ratting out another student can be dangerous for students, so Fitzell emphasizes that the school must make a safe space for students to raise serious concerns about another student’s potentially dangerous behavior. Telling a trusted adult in the school is best. But when that’s not possible, an anonymous tip box can be a way to alert the school that something bad is going on with a student’s classmate. “The school has to use due diligence with this, but you can get information that you’d never get otherwise.”

In her early teaching career, Fiitzell once asked a group of fifth graders whether they would tell anyone if they knew that a classmate had a gun in his backpack. “Only half the kids raised their hands,” she says. “And I don’t think it would be any different now, even with older kids.” She attributes that to the decreasing emphasis in the past generation on social skills – peer mediation and bullying education, for instance – and a rising emphasis on testing and pure academics. “We’re not teaching kids as much as we need to about taking care of each other,” she says. “We’re missing the boat.”

According to the U.S. Department of Education report Safeguarding Our Children: An Action Guide, a safe school will have three major components:

Below are some of the warning signs that a student may pose a threat to the school. If you observe any of these indicators in a student, report your concerns to school staff. A potentially violent student usually exhibits more than one of the following behaviors:

Imminent warning signs require immediate intervention and may include:

As with any concern about a student, it is important not to judge or oversimplify. Helping the child, and the entire school community, should be the paramount concern.