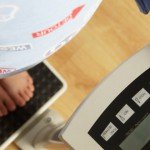 Think you know why Generation XXL has swelled its ranks? Check out these five surprising and suspected supersizers.

Talk about a gut check: Not even the first family is immune from the public health crisis that is childhood obesity. Before rolling out the anti-obesity campaign Let’s Move in February, Michelle Obama discussed her daughters’ previous weight concerns after their pediatrician warned about their too-high BMIs (which prompted leading eating disorder organizations to caution the first lady against sending kids the wrong message about body image and dieting).

With an ambitious goal of ending childhood obesity within a generation, Let’s Move aims to provide parents exercise and nutrition know-how, revise school lunch standards, promote physical education, and make healthy foods more accessible. And not a moment too soon: Though U.S. obesity rates may have reached a plateau, nearly a third of children are overweight or obese and — thanks to heart disease and diabetes — likely to have a shorter life span than their parents. Not to mention more emotional problems.

So why have our children packed on the pounds over the past 30 years? The simplest explanation is too many calories and not enough exercise, but that doesn’t address the myriad factors — from family to environment to education and income levels — that can shape an individual’s diet and behavior. While it may not be possible to identify a single cause of obesity, aside from rare genetic disorders like Prader-Willi syndrome, we’ve rounded up five surprising and suspected supersizers worth taking a closer look at.

OK, the surplus of sugar in kids’ diets is not especially surprising to most readers. However, the debate over which sweetener poses the most health risks may be.

As we mentioned in “Five Ubiquitous Foods to Avoid,” high-fructose corn syrup — or rather its sheer prevalence in sodas, sweets, and other processed foods — may be linked to expanding waistlines. According to Michael Pollan in The Omnivore’s Dilemma, as our per capita consumption of high-fructose corn syrup has increased since the mid-1980s (thanks to corn subsidies), so too has our appetite for good old regular refined sugar. In other words, we’re simply taking in too many cheap, empty calories — often without realizing it.

Not only that, but some studies have suggested a link between fructose consumption and obesity because of how the body metabolizes that basic sugar. In fact, fructose may boost food intake and the growth of fat cells around vital organs, and a new study by Princeton University demonstrated that rats given high-fructose corn syrup gained considerably more weight than those given table sugar.

While others argue that high-fructose corn syrup’s bad rap is unwarranted (note: the study’s author is a consultant for the food and beverage industry) and that evidence linking it to weight gain is inconclusive or insufficient, many manufacturers — including Kraft Foods, PepsiCo, Snapple, and Starbucks — have made the switch to “natural” cane sugar in some or all of their products.

The bottom line: Whatever your family’s choice of sweetener, moderation is key. Fifty-two grams of sugar in a 16-ounce ice tea, regardless of its fructose-glucose composition, still amounts to about 12 teaspoons of sweetener per bottle. That’s well over the American Medical Association’s recommendation of no more than 32 grams of added sugar per day, based on a 2,000-calorie diet.

So the next time your kids start begging you for a soda, try giving them low-fat milk, 100% fruit or vegetable juice, or water instead. Are sugary beverages and snacks all to be had at their school? Learn how to become a junk food fighter or cafeteria crusader.

Of bedtimes and BMIs

We recently reported on how sleep deprivation can cause students’ health — and grades — to take a nosedive, but did you know it’s also been linked to obesity?

In a 2005 study of 924 people, ages 18 to 91, reported in the Archives of Internal Medicine, researchers found that those who slept the least ended up weighing the most. An analysis of results for the National Health and Nutrition Examination Survey, which involved some 24,000 adults, revealed that those who got less than seven hours of sleep had higher BMIs and were more likely to be obese than those who got a full night’s rest. And a more recent study published in Pediatrics found that shorter sleep times for children put them at greater risk of being overweight at ages 9 to 12.

Why would the amount of shuteye affect someone’s weight? Scientists speculate the culprit may be imbalances in the hormones leptin and ghrelin, which regulate appetite and trigger hunger, respectively. When people don’t get enough sleep, leptin levels drop while ghrelin levels go up.

That’s not to say that catching up on z’s will necessarily lower children’s risk of becoming obese, but there’s no harm in making sure your kids are well rested. That means between 9 and 11 hours for children ages 5 to 12 and 8.5 to 9.5 hours for adolescents. Check out these sleep guidelines from the Centers for Disease Control and Prevention and the National Sleep Foundation.

It sounds like the plot to a sci-fi movie: In a bleak vision of the future, parents must rigorously monitor not only their children’s diet and sleep habits but also their exposure to chemical nasties called phthalates. Except that the future is now.

Found in everything from pacifiers to toys to personal care products, phthalates are used to make plastics more pliable and fragrances last longer. And while chemical companies and the FDA maintain that they pose no health risk, environmentalists and consumer safety groups have been questioning their possible link to cancer, birth defects, and other health problems for at least a decade. Last year a study, which included data published in the journal Epidemiology, looked at the relationship between phthalates — a kind of endocrine disruptor that can block or mimic hormones — and obesity in kids.

As reported in the New York Times’ City Room blog, a long-term study of 400 girls, ages 9 to 11, in East Harlem — where some 40% of children are overweight or obese — found that those with the highest levels of phthalates in their urine were the heaviest. While the researchers weren’t able to determine that exposure directly causes obesity, the correlation between the two presents compelling clues. “The $64,000 question is, what is causal pathway?” Philip Landrigan, a pediatrics professor at Mount Sinai Medical Center, told the New York Times. “Does it go through the thyroid gland? Does it change fat metabolism?”

(The study was part of a more comprehensive research project in East Harlem examining the effects of several environmental and neighborhood factors — from exposure to chemicals like pesticides and PCBs to access to convenience stores and fast-food restaurants — on childhood health and development, finding links to obesity, early-onset puberty, and neurological problems.)

Much has been written about the alienation and malaise that can result from a suburban lifestyle — hello, John Cheever and Rick Moody — but what about the flab and lethargy?

A 2006 study published in the American Journal of Preventive Medicine found that adolescents living in sprawling counties were more than twice as likely to be overweight as those in dense, urban areas. Researchers speculated that the main culprit was teens relying on cars for transportation, as opposed to being able to walk or bike to their destinations. (An earlier study of adults had found similar links between the degree of sprawl and greater BMIs and rates of hypertension.)

That’s not to say that urban design doesn’t pose challenges of its own, especially for children living in more industrial, economically depressed, or unsafe areas — like the kids in the East Harlem studies. After all, what good are bikes or playgrounds if they’re never used?

So what if moving your family to, say, Manhattan is out of the question? If you live in the suburbs, advocate for developments that promote smart growth — and find ways to compensate for frequent driving. As Reid Ewing, a lead researcher in both studies, put it: “Get kids into sports and away from television.” And if you’re a city dweller interested in promoting access to green, safe spaces, check out these urban park resources from the National Recreation and Park Association and the Trust for Public Land.

We know the recession has largely made us poorer and more debt-ridden, but it turns out it could also be making us sicker in the form of “recession pounds.” It sounds paradoxical, but as families continue to look for ways to trim their budgets, they may opt to buy cheap foods that are higher in sugar and saturated fat — especially with fast-food fixtures like McDonald’s and Jack in the Box expanding their dollar menus. (A 2004 report by the Food Research and Action Center examined how poverty and obesity can coexist, noting a relationship between food insecurity and binge eating or cyclical overeating and lack of access to fresh fruit and vegetables.)

In fact, a report accompanying the 2009 Child Well-Being Index from the Foundation for Child Development anticipated that as penny-pinching parents feed their kids more fast food, childhood obesity rates will likely spike.

Wondering which budget foods pose the most potential health risks? Check out our “Five Ubiquitous Foods to Avoid.” While you’re at it, get some culinary — and relatively cost-conscious — tips for nourishing your kids’ bodies and brains: “Four Brain Foods Kids Love,” “Best Breakfast Cereals,” and “Recipes From Moms Who Won’t Stop at ‘Ew’.”