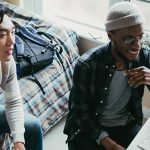 How students can benefit from randomly assigned college roommates

Some schools, like Duke University, are no longer letting incoming freshmen choose their first college roommates. Here's why.

Duke University recently announced that first-year students will now be randomly assigned to their dormmates. The goal is to give students a chance to meet and learn from peers from a completely different background. Is this silly social engineering or smart policy?

Social science research is on Duke’s side. I make this argument based on research by myself and others regarding the outcomes of random dormmate assignments.

First, let’s acknowledge that roommates and dormmates matter for students’ social networks. In one study — titled “How Do Friendships Form?” — David Marmaros and I examined email behavior among thousands of college students. First-year roommates exchange 45 times more emails with each other than with a randomly chosen member of the incoming class.

College campuses have long noted the self-segregation of various racial and socioeconomic groups. If two incoming students in a pair are both white, those students are three times more likely to be in email contact than a pair of white-black students. However, sticking that black and white student in the same first-year dorm increases their likelihood of email contact by three times, thereby offsetting the tendency to socialize with peers from the same racial background.

The bonds that students form their first year are long lasting. By senior year, former first-year roommates are still emailing each other at 10 times the rate that they would with other students on campus.

The positive power of peer influence

Dormmates can also have a big impact on career choice, as one study that I co-authored found. More specifically, the study found that when a student’s hallmates decide to enter into finance or other high-paying careers, that student becomes more likely to do so as well.

Perhaps more interestingly roommates can also influence student attitudes about race and social policy. For instance, one study found that for white students, contact with randomly assigned black peers increases their acceptance of the other racial group. Such contact also makes students more likely to choose a different race peer as a roommate the following year, according to the same study. Another study found that when white students have roommates from a different race or socioeconomic background, it makes them more likely to believe that affirmative action in college admissions is justified if it ensures a diverse student body on college campuses. White students with black roommates also become more supportive of income redistribution policies.

As with any relationship, randomly assigned roommates don’t always become close. And not all research supports the notion that randomly pairing roommates from different racial backgrounds will work out. For instance, one study found that randomly paired interracial freshmen were “characterized by less extensive joint activity and were more likely to dissolve than those involving randomly paired White freshmen.” As a case in point, consider the horrific case in which a white first-year student at the University of Hartford licked her black roommate’s dining utensils and smeared her bodily fluids on the woman’s backpack.

Unfortunately, no school policy can prevent such incidents from taking place. The goal in my view, however, should still be to raise the well-being and education of as many students as possible.

What are we to make of all this? The bottom line is that as human beings we naturally gravitate towards our comfort zone and find peers who look a lot like ourselves, as shown in the email study and many other studies of friendship groups. But our natural instincts do not always benefit us in the long run.

College provides students an opportunity to meet different people, expand their boundaries and think about majors, careers, and ideas that were not part of their previous experience. In short, in a world where people choose to interact with others from a similar background, a little randomness can go a long way.