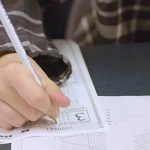 Today’s ACT and SAT look very different from the tests parents remember. Here’s how they have changed.

Radical changes to the SAT and shifts in ACT scoring have reshaped college admissions tests in recent years. Though more and more colleges are announcing they no longer require either test for admission, both the SAT and ACT have maintained their place in students’ path to college. Here’s what you and your teen need to know:

Students applying to college in 2016 were the first class to take the new SAT. The test they took:

The ACT made some smaller changes in 2016. While the test’s structure stayed the same, students gained access to new scoring breakdowns with more information about their college preparedness. The ACT also restructured its optional writing test: students now have 40 minutes, instead of 30, to complete the writing section, on which they are asked to critically reflect on different perspectives. The writing test score was recalculated in 2016 and is reported on a scale of 2-12, with 12 as the best score students can achieve.

First, a little history: “College boards” were some of the first standardized tests, and students have been taking them for over a hundred years. The original tests were comprised of essays covering a number of subjects, and allowed colleges to compare students from different states and schools. The College Board, which administered those tests, created the SAT.

While the SAT has been through many changes since its 1926 premier, the shifts in 2016 were unusually dramatic. By refocusing the SAT on skills like critical thinking, the 2016 redesign was an attempt to reboot the SAT’s relevance.

In parallel, the ACT’s focus on critical thinking in its revised writing section and its emphasis on college readiness in new break-out scores align with the same trends that may have inspired SAT revisions. As jobs increasingly require analysis and creative thinking, schools are working hard to make sure students build those skills. By updating their questions and reporting to reflect students’ progress toward those thought-based skills, the SAT and ACT intend to give high schools and colleges better information on students’ preparedness to succeed.

How colleges are responding

Standardized testing has been in the spotlight in recent years, and critics have argued that test scores should not determine whether students get into great colleges. Of course, students’ SAT and ACT scores are not all the admissions officers consider: students’ essays, grades, and activities are all key parts of college applications. Still, testing critics say that low test scores should not be used to disqualify a student with other strong skills and aspirations. Increasingly, colleges are listening to these concerns.

One key fact has not changed even as the admissions tests have: SAT and ACT scores are only one factor colleges consider in admissions, and most indicate that they see high school achievement as a more important predictor of college success.

Colleges have adopted widely varying approaches to the tests, so it’s important for students and parents to research the colleges they’re interested in to learn what tests are required and how the results are weighed.

Liberal arts colleges have increasingly modified their policy regarding the SAT and ACT. Some schools have stopped requiring SAT or ACT scores as part of students’ applications altogether, including Bowdoin College, Wesleyan University, and Smith College. They join Bates College and Mount Holyoke, which have not required the tests for years. Other schools, like Middlebury College and Colorado College, have implemented “test flexible” policies, which allow students to send different test scores for consideration with their application, such as AP exam scores, SAT subject test scores, and IB test scores.

Officials at these colleges say that other measures — grades, courses taken, extracurricular activities — are better predictors of success for their students. The National Center for Fair and Open Testing, an opponent of standardized testing, maintains a current list of these schools and their test score policies. But don’t assume that this list or any other is correct. Check admissions requirements with the colleges your teen is applying to.

Although some colleges are now test-optional, taking college admissions tests remains important. Even if your child plans to apply to test-optional schools, a strong test score can strengthen an application. Taking the SAT or ACT can also keep doors open to colleges and universities where test scores are required. When taking both the SAT and ACT, students can choose to complete each test’s optional essay. While the majority of schools do not require students to submit their essay scores, some colleges, notably the most selective, do.

The SAT and ACT have also found a niche in high schools. Many high schools now have all of their students take the ACT or SAT to determine whether they are on track to graduate. In fact, some schools are now using the ACT and SAT as part of their graduation requirements.

What the debate means to your student

It’s important for your student to contact the individual colleges and state college or university systems on her application list to learn about the weight admissions officials will give to admissions tests and more specifically to ACT or SAT writing scores.

David Montesano, a private college admissions consultant, said admissions officers are more likely to look at the score than the essay itself. Competitive schools will want high scores, including on writing sections, he said. But, in some instances, colleges might be very interested in reading what a student wrote in the timed test. “If there is doubt that the personal essay on the application was actually written by the applicant, admissions departments will drill down and compare it to the SAT essay.”

The SAT and ACT no longer flag the score reports of students granted additional time to take the test because of a disability. This policy has raised concern that some parents may unfairly seek testing accommodations to secure better scores for their children. Both the College Board and ACT argue that they have rigorous processes for reviewing such requests.

Other accommodations besides additional time include access to a different testing location or access to special equipment. Extra time is granted only when a student’s disability presents a direct need for additional time or when the test is given in a nonstandard format.

You can learn more by reading Services for Students with Disabilities on the College Board and ACT sites.

If you have a child who may qualify for special accommodations, be sure to initiate the application process well in advance — ideally in the spring of the year before your child intends to take the SAT. All the necessary paperwork should be available at your child’s school.