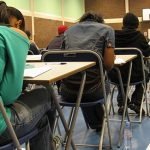 Why your teen should retake the SAT or ACT

Taking the SAT or ACT a second time is a good idea for pretty much all teens because it’s likely to help — and it definitely won’t hurt.

Taking the SAT or the ACT a second time may sound about as appealing to your teen as getting her wisdom teeth pulled, but there’s evidence that retaking these tests can improve a student’s scores. In fact, most college counselors recommend that students take college admission tests at least twice.

Advantages of retaking the ACT and SAT

The better your teen’s SAT or ACT score, the better their odds of getting into a top-choice school — and a better score can only help in qualifying for more scholarship dollars.

In-the-know college counselors will tell you that retaking these test typically leads to higher scores, and the data backs that up. College Board data for the old SAT showed that retaking the test resulted in an average score increase of 15 points per section. Since students started taking the new SAT in March 2016, there’s no data (yet) on the effects of retesting alone. There is, however, data that shows that using the free study tools and retesting can boost scores significantly. The re-testing data for the ACT is similarly promising. According to the ACT website, 43 percent of students take the ACT again, and more than half of those students earn higher scores. As of 2020, the ACT is allowing students to retake just the section(s) they want to focus on for improvement. So if your child nailed the math section, but could stand to improve on her reading score, she can retake just that one section. This allows kids to focus on their areas of improvement, saving time and effort in preparation and on test day.

“I’ve seen many examples of kids’ scores improving significantly the second time,” says Nicholas Watson, Director of College Access at ScholarMatch, a San Francisco nonprofit that helps low-income and first-generation students on their road to college, including ACT and SAT prep classes. “We always encourage kids to retake the tests.”

Few teens — or adults, for that matter — want to spend a precious weekend morning toiling through a demanding, multi-hour test. Beyond the added stress and cost, there are no other disadvantages to retaking college entrance exams. (Find out if your family qualifies for a SAT or ACT fee waiver, which will allow your student to take and retake the test for free.) Students can usually decide which SAT and ACT scores their schools see, but some schools and scholarship programs request all scores. Because of this, many teens are reluctant to retake the ACT or SAT because of a widespread misconception that if they retest and do badly, it’ll hurt their chances for admission at their top-choice schools.

“A lot of kids worry that their schools will focus on the worst scores, and that will ruin their chance for admission,” Watson says. “It’s a myth I’d really like to see dispelled.” Watson worked for three different colleges before joining ScholarMatch, and, he says, “We never dinged a student for their lowest score.”

So re-taking the SAT or ACT can’t hurt — and it could really help. Just having the experience under your teen’s belt makes a difference, Watson says.

“Most students have never sat through a four-hour test before,” Watson points out. “They’ve taken standardized tests, but the SAT and the ACT are different beasts. After you take it once, you know what to expect and you can figure out what you did right and what you did wrong. Do you need to get more sleep the night before? Study the night before the test, or take a study break? Eat a bigger breakfast?”

And if your teen really wants to boost those scores, there’s no substitute for practice. There are study guides on the SAT and ACT websites.

In fact, the Official SAT Practice, a joint project of the the College Board and Kahn Academy, is a free platform with practice tests, study guides, and advice from other students that allows teens to personalize their practice to get the most out of their study time. According to analysis by the College Board, using this resource can make a significant difference: students who studied for 20 hours on Official SAT Practice improved their score by an average of 115 points, almost double the score gains of students who didn’t use the site. Even students who spent just six to eight hours on the site saw their scores go up by an average of 90 points.

Now is a good time to talk to your teen about retaking the SAT or ACT. Talk about the value of experience, but also encourage your teen to review her prior scores, decide what areas to focus on improving, and create a study routine that focuses mainly on her weaker areas. Teens can retake the SAT in early October and the ACT in early September or late October, in time to have their scores for most application deadlines. Encourage your teen to start practicing now. She may not be thrilled at the prospect — but when it’s over, she’ll likely be glad she did.