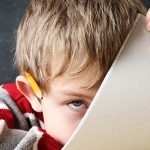 Advertisement
Parenting » Attention disorders » What are some myths about people with ADHD?

What are some myths about people with ADHD?

Some people claim ADHD represents a set of evolutionary qualities that helped our ancestors survive. An expert debunks this theory by explaining how ADHD reflects weaknesses in the development of efficient self-regulation and self-control.

It’s romantic and intriguing to believe that great hunters, explorers, inventors, and politicians may have experienced ADHD, and the qualities of ADHD were in part responsible for fueling their success. Is this an accurate perception? Should we view ADHD as an asset rather than a liability during the childhood years? In this article, Sam Goldstein, Ph.D., addresses these questions.

The fanciful tales of Rudyard Kipling, including how the zebra got his stripes or the elephant her trunk, are entertaining. Yet few would interpret these “Just So Stories” as truth or, for that matter, even testable theory. There is, however, a popular view that all human qualities, including anatomical features, behaviors, quirks, and idiosyncrasies, arose and developed through a process of natural selection. Supposedly these factors provided the organisms that possessed or exhibited them with an evolutionary advantage.

Thus, it is not surprising that there is an increasingly popular and seductive trend among the public and some professionals to view the symptoms of ADHD as adaptive behaviors. It has been suggested that these behaviors evolved to serve a functional purpose in the distant past but may not fit well within current culture and expectation. Through some unexplained process, these qualities were selected for their adaptive advantages, providing carriers of the genes for these qualities with either greater reproductive or inclusive fitness over others.

However, those pursuing a brief introduction to evolutionary theory or evolutionary psychology will quickly realize it is implausible to perceive symptoms or behaviors related to ADHD as being advantageous, regardless of the time or cultural context in which one examined the data. The model of ADHD as adaptive does not appear to fit what we know about ourselves, our ancestors, or about ADHD. In fact, a better fit is to suggest that those who do not suffer from ADHD clearly have an adaptive and likely selective advantage across multiple generations given that they represent the current norm.

A much more plausible argument is that ADHD, rather than representing an adapted or evolved set of valuable qualities, reflects weaknesses in the development of efficient self-regulation and self-control. These functions likely fall on a normal curve similar to height or weight. Those taking the time to understand evolutionary concepts will quickly conclude that falling to the bottom of a normal curve in the development of self-control represents a disadvantage rather than an advantage.

It is important to keep in mind that by definition the diagnosis of ADHD is provided not just because an individual meets symptom count but because those symptoms cause chronic and significant impairment across multiple life domains. The diagnosis is pervasive. When children are provided with the diagnosis in research studies, most still meet the diagnostic criteria many years later. Even in adult outcome studies, though at least half of adults may not meet the full diagnostic criteria for ADHD, they still report daily impairments.

In the nearly 4,000 peer reviewed, scientific studies dealing with ADHD over the past thirty years, there hasn’t been a single study in which the group with ADHD performed better on a valuable trait, asset, or behavior than those without ADHD. This is not to demoralize, demonize, nor pathologize children with ADHD. It is to suggest that being delayed in the development of self-control in our complex society is no picnic. It is no blessing for the kids who struggle with this problem nor for their dedicated teachers or parents who live with and love them.

Although it has been suggested that some individuals historically and currently who have achieved success have done so because they are inattentive or novelty seeking, it is yet to be scientifically demonstrated that the symptom qualities of ADHD by themselves lead to positive life outcome. It is my belief that if, in fact, many great men and women struggled with ADHD, their greatness was obtained because they possessed other skills and abilities and were afforded opportunities to overcome this condition.

Fortunately, the symptoms of ADHD can be treated and managed effectively leading to more successful and happier lives for those who may struggle against its diminished capacity for self-control. We must turn our attention to the multiple forces and critical problems that appear to be increasingly creating a vulnerable youth as we enter this new millennium. I do not believe we need to create myths or “Just So Stories” to help kids with ADHD and their families feel better about this impairing condition. Rather, I believe it is time that we begin focusing on the strengths and assets of all children while managing those liabilities that impair their ability to meet the world we have created for them.