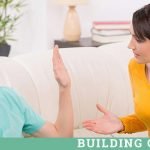 Understanding exactly what is (and isn't) respect can help your family set expectations for how to treat each other, communicate — and even disagree — respectfully.

Are you concerned that your child doesn’t respect you? Does he talk back, roll his eyes, or walk away while you’re talking?

Many of our ideas about respect are red herrings, distracting us from the basic idea of treating all of humanity with honor and dignity. The dictionary defines the word in terms of admiration and esteem, but America’s Supernanny, parenting expert Deborah Tillman, prefers defining it as something everyone deserves, based on the idea that that every individual is a person of worth. “Respect is about the attitude we have, the attention to others that we give, and the acceptance that we show,” she says.

So what do you do to create more respect in your family? The first step, Tillman says, is to model it. Next, teach kids how you expect them to treat you and others. It’s never too early to start. You may think your precociously smart-mouthed 3-year-old is adorable and laugh at her sass, but you’re setting yourself up for more of the same behavior as she grows up. Instead, tell your child (respectfully) that you expect them to use a respectful tone and language. Teach them to say please and thank you and to hold the door for the person behind them. And consider what you mean when you say “respect.”

6 myths and misconceptions about respect

One dad shares his frustrations as he tries to get his daughter’s respect.

Richard Weissbourd, child and family psychologist at Harvard, says tell your kids what you expect in regards to how they treat others.