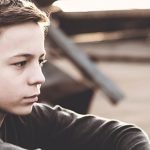 There are a few surprising things you should (and shouldn’t) do to help your child get through this developmentally dramatic year.

Consider it one of Mother Nature’s greatest tricks on Earth, or at least, on parents.

One day, he was right here, your self-confident, smiling fifth grader, bursting with childish exuberance and curiosity. He’d show you rocks he found, ask you to watch a movie, and share secrets with you. Then, shockingly, almost overnight, your once-upon-a-time elementary schooler is replaced by a sixth grader who more often than not looks, acts, and sounds like another creature entirely. Thanks to a suite of internal and external transmutations brought on by hormones and brain development, your sixth grader can run through a million micro-emotions in nanoseconds: sweet, silly, sour-faced, sulky, solemn, sarcastic, and sorrowful. Or else they stare at you blankly — and who knows what they’re thinking?

Certainly, every sixth grader is different and each child experiences this transformative school year in their own unique way. Developmentally, some kids are far ahead on the emotional, social, and physical curve, while others seem more pre- than teen, still looking and acting like a little kid. No matter where your child falls on the sixth grade spectrum, don’t be surprised if sometime during this dramatic year, your little sweetie goes through a pint-sized version of a mid-life crisis.

There may be no shiny red Corvette to show for it, but sixth grade signals a tumultuous turning point in a child’s life that sits at the precipice of childhood and adulthood. Experimenting with behavior, appearance, and their role in school and family is the new normal. “Changes are going on, on every level of their existence,” says tween and teen expert Annie Fox, author of Teaching Kids To Be Good People. Having fielded emails from teens since 1997, Fox says that sixth grade typically requires kids to reassess who they are and where they fit in. “Kids need to find their place in the new order,” she says. “They look in the mirror and ask, ‘Who am I? I don’t recognize this person anymore.’”

Stuck in the middle

With six years of schooling done and six to go until high school graduation, your in-be-tweener is smack in the middle of it all. Suddenly no longer a card-carrying kid, nor a true teenager, even kids with a strong sense of self often waver and feel unmoored.

Little wonder. Having left behind fifth grade and the supremacy at the top of the elementary school food chain, sixth grade in a typical American middle school catapults kids to being the little fish in the big, scary pond. One Bay Area mother recalled her daughter breaking down one night during the fall of sixth grade after hearing one of her male classmates casually refer to a rape in a movie. “She was crying: ‘I don’t want to grow up. All my friends know things that I don’t want to know.’”

“Most kids have gotten into a comfortable groove in K to 5,” says Pam Evans, a veteran sixth grade teacher in Charleston, Illinois. “They know their place there. They know the other kids. They had one supportive teacher overseeing the class, not just attending to the kids’ academic development, but to their emotional needs as well. For the most part, it was much easier.”

Turn and face the strange

Along with leaving behind their old school, plenty of sixth graders are leaving behind the child they used to be. “We find that between the summer when they leave fifth grade and the summer when they begin sixth grade, the kids change, a lot,” says Evans. “That good kid, the one the fifth grade teacher tells us that we don’t have to deal with” may now be the problem kid. Conversely, it’s not all angst and rebellion. At this age, kids often make huge cerebral leaps, tackling more challenging intellectual concepts and questioning how and why things work the way they do.

Then, of course, there are the outward manifestations of puberty that can leave kids feeling like someone’s twisted science experiment. Some even seem to mutate before your eyes, Incredible Hulk-style. A majority of the girls shoot up, towering over the majority of the boys, many of whom still look like little kids. Then some develop acne, body hair, and other sproutings of pubescence.

Such dizzyingly rapid growth or lack of growth feeds a sixth grader’s sense of self-consciousness. Fox notes that not only are kids embarrassed about themselves, but they’re typically mortified by their parents. Remark on how much you like her “cute” new hairstyle or belt out “Shake it Off” in the car, and you may witness to an 11-year-old in the throes of unimaginable agony, one who can only stare earthward until the harrowing episode is over.

Indeed, sixth grade often comes as a landmark year when some parents experience their first great heartbreak of parenthood. Their child, who cared so intensely for their first decade about what their parents thought of them, are now refashioning their world so their peers, not their parents, are the orbits circling closest to that brightest of stars (yes, that would be your child, the center of it all). That kid who wanted to hang out with his parents? Um, maybe not so much anymore.

“They’re leaving behind that self that depended on your approval,” says Fox. “Now it’s about peer approval. I call these kids psychophrenic. They don’t know what they want. It depends on the moment.” Much of the identity crisis, says Fox, is, “‘I’m still a child. I still want to be part of this family. But my peer group is important to me. I don’t want to be seen as a baby who wants to be with my parents.’ So the rite of passage for the kid is they have to publically dis their parents. It’s their declaration of independence: ‘I have to be in charge of my life, in charge of my destiny.’ Developmentally, it’s all good,” says Fox. “It’s just often not easy.”

You’re in and you’re out, you’re up then you’re down

Fox notes that sixth grade also marks the onset of fierce social cliques that can be merciless in their inclusion and exclusion based on rigid caste systems — especially for girls. There’s often an “incessant social pressure to be cool, to be hot, to be pretty, to be thin, to be athletic. To be better than you think you are. There’s a built-in pretense: ‘I’m too cool for school.’ You can be in with the group one day, and out another. Or God forbid you’re wearing the wrong thing or you say the wrong thing or someone thinks you’re encroaching on their boyfriend or you befriended someone who is a total pariah. All of this changes on a dime and it may never revert back again. You’ll never know what you did.”

“Sixth grade was a giant shock, this giant fall from happiness” says one San Francisco mom who we agreed to call Peggy to protect her daughter’s privacy. Always a happy kid with one best friend, her daughter suddenly seemed miserable. “She didn’t want to tell me what was going on,” Peggy recalls. Eventually it came out that her daughter’s best friend had summarily dropped her. Feeling she didn’t have the resources to help her daughter, Peggy sent her to a therapist for the remainder of the school year. By the fall of seventh grade, her fall from social standing was ancient middle school history. While Peggy attributes the turnaround to seeing a therapist, her daughter insists it’s just that the girls just “got nicer.”

For boys, acceptance hinges less on social maneuvering and more on physical prowess. Boys who mature early, says Fox, often become leaders for better and for worse. They use their power to, “put down boys who aren’t there yet physically.”

If this sounds all too familiar, Fox cautions that sixth grade trials of yesteryear pale in comparison to sixth grade lived under 24/7 online glare. “Social media has changed everything,” explains Fox. In our current climate of ubiquitous smartphones, when kids feel pressured to rake up 80 likes on an Instagram post, and when they never really have downtime from the social swirl since, essentially, they’re always online, “it’s harder and harder to just be yourself.”

Keep them close, let them loose

So how can parents help their children, just as they are gravitating towards peers and moving away from parents’ influence? According to Seth Almekinder, who for 20 years taught fifth and sixth graders in the U.S. and abroad, says that at this age, more than ever, it’s a parent’s duty to, “know who their friends are, who they are hanging out with.” If your child isn’t forthcoming with you about his peers, at your parent-teacher conference, ask the teacher, “Who is my kid hanging out with?”

Fox couldn’t agree more. “Whether your kid is in second grade or sixth grade, while you have some influence over him, weighing in about friends is important. The parents set the tone. You are still in a position as a parent of a sixth grader to be driving them places, hosting them. You can say, ‘I really like Doug and here’s why.’” Also, says Fox, make home a refuge for your child, who is dealing with so much at school. Make sure your interactions with your child aren’t so much about harping and nagging — an easy trap to fall into with a kid who is testing boundaries.

Evans, who sees the impact of too much helicoptering, suggests parents also practice letting go. “Parents need to let kids try things on their own, even if it means letting them fail a bit. Their sixth grade grades don’t show up on college transcripts. Parents need to know this is a time to transition from kid to young adult.”

Identity crisis or search for true self?

Having seen hundreds of sixth graders pass through his classrooms, veteran teacher Almekinder notes that, on a more positive note, what may look like an identity crisis could in fact be seen as something more positive. A sixth grader’s often painful push back and insecurity is really “a search for an establishment of their identity.” To that end, even if at times life with a sixth grader feels turbulent, don’t feed the drama. Says Almekinder, “If you look at it as a crisis and not as an opportunity, it can turn into a crisis instantly.”

To be there for your sixth grader, the best parents can do during this year of pre-teen transformation is to talk less, listen more. “Help them navigate by keeping an open dialog,” says Almekinder. But, he stresses, “A dialog means you listen.” Sure, feel free to offer guidance, and again, be firm but clear on your boundaries. But if you insist on always telling your child what to do, at this age, says Almekinder, “he will tune you out,” leaving you unaware of your child’s real identity, like a stumped detective, until your child emerges, fully formed, years later.