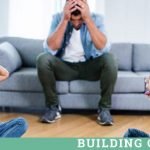 9 tips for keeping the peace

By teaching squabbling siblings how to forgive each other, experts say, you're giving them a valuable skill and strengthening their bond later in life.

Science has shown that forgiveness — intentionally letting go of angry feelings toward someone who has harmed you — is good for the health and well-being of the forgiver. If you’re raising siblings, you can probably guess at another benefit: harmony at home.

Forgiveness is critical for healing conflicts between siblings and nurturing a lifelong, trusting bond, says leading forgiveness researcher Dr. Robert Enright, educational psychologist at University of Wisconsin-Madison and the founder of the International Forgiveness Institute. A study of more than 260 adult siblings offers evidence that the sibling relationship in childhood predicts their closeness as adults. Siblings that lack trust in each other in their early years will likely have a similar relationship with one another as adults; if their relationship was positive as kids, it will likely be strong in adulthood.

Besides helping them get along better, teaching kids how to forgive in the context of the sibling relationship prepares them for dealing with hurts they’ll inevitably encounter in life, says Enright. “At home, in a lower-stakes environment where kids are hurting each other, but not gravely, that’s the perfect training ground for how to forgive.”

We asked forgiveness researchers and experts for their advice on helping your kids let go of their hurts. Simple? Not at all. But luckily, it’s a process with lots of built-in rewards along the way.