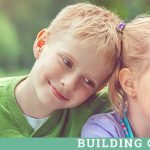 Genuine apologies facilitate forgiveness and reconciliation. But you can’t force them. Here’s how to teach kids to say "I'm sorry" — and mean it.

I never thought I’d be the kind of mom who forces her kid to apologize. And then the hitting started.

When he was around 2, my sweet, energetic boy began whumping his friends, his dad, and me. Sometimes the hits were born from excitement, but they were also often the angry result of being asked to do something he didn’t want to do — share, take a bath, get dressed. There’s nothing like the sound of your kid’s hand smacking another kid’s face — followed by the horrified reaction of the other kid’s mom — to drag your aspirational parenting style back down to earth. “Say you’re sorry,” has come out of my mouth much more often than I’d like. I try to intersperse this with other supposedly empathy-inspiring tactics like, “See that kid crying? Your hitting did that.” I’ve also tried not-so-subtly prodding, “Is there anything you want to say to him?”

Like my tactics, the results are mixed. Sometimes H., now 3½, utters a grudging “sorry,” in a tone that makes it clear he is anything but. Other times he sees his friend’s sad face and offers a heartfelt apology and a hug. And sometimes he simply refuses, mostly on the grounds that he thinks he did nothing wrong.

I want what most parents want — to raise a kid who’s compassionate, takes responsibility when he’s not, and can forgive others’ lapses in kindness. But I don’t have a clear map for doing that. For example, I have some idea that going through the motions of an apology will help toward the goal of raising a kind, caring kiddo — and it certainly seems to help appease the parents of the other kids. But the experts say a forced apology does not actually teach any of the above. And even a real apology often isn’t enough.

“‘I’m sorry’ is very useful in our society. It’s important when you bump into someone at the grocery store,” says Joanna Faber, a parenting teacher and author of How to Talk So Little Kids Will Listen. “It’s a formula of politeness.” But for the scraps that kids get into, it’s not as helpful. “If one little person has shoved another little person on her head,” says Faber, “an apology seems a little weak.” And if we demand an apology, “Often it comes out very insincerely.” Also, she notes, this can make the offending child laugh or run away out of fear and embarrassment, making the involved parties even more upset.

Instead of soliciting an apology, Faber suggests helping a child to make amends. “When milk spills we need a sponge, we don’t need a sorry,” she says. “Even if the kid says, ‘I’m sorry,’ you might say, ‘I hear you’re sorry that you bopped Cindy on the head, what should we do to help her feel better?'”

Faber has a general approach she teaches parents to take with their kids when they’ve harmed another child, in lieu of shouting, demanding apologies, or issuing punishments.

1) Acknowledge the feelings that preceded the harmful action. Say something like, Alex knocked over your tower. That’s really upsetting because you worked hard on that. Showing your child that you understand he isn’t a bad person — just aggrieved and low on impulse control — can help calm him down.
2) State the problem. The thing is, we can’t have you hurting your brother.
3) Find a way to make amends. What can we do to make him feel better? Make suggestions. Faber likes a tangible, token offering — a cracker, a small toy to share.
4) Brainstorm strategies for next time. Later, when the smoke has cleared, sit down with your child and ask for alternative options. Like, in this instance, yelling “No!”; creating a code word that brings you into the room when there’s a threat to his tower looming; or setting delicate toy structures out of reach of younger siblings.

Faber says this process often leaves kids feeling empowered and even excited to help fix things. A parent in one of her workshops had a child who was constantly destroying things in the house with markers, crayons, even scissors. One day she spotted her son snipping the fringes of an heirloom carpet. She applied her workshop lessons, and instead of yelling, she said, “I don’t like to see that. My mother gave me that rug. That makes me very upset.”

“She talked about her feelings instead of attacking the child,” Faber says. Then, instead of punishing him or forcing a sorry, she told him, “The edges need to be evened up so they’re not so messy.” She held the fringes while the boy snipped them straight. Then he said an unprecedented, “I’m sorry.” The next time he spilled water he said, “The water spilled, can we fix it? What should I do?” He was never as destructive again.

“It changes the whole mentality,” Faber says. “He can think about a mistake instead of just feeling this blast of accusation. ‘Maybe I can fix this, maybe I can make it better.’ It’s a great way to think.”

And yet, apologies serve an essential purpose. A pair of 2015 studies from the University of Virginia found that “Sorry” matters — at least to a group of 6- and 7-year-olds. In the first study, researchers had kids build towers from cups. Then the children were asked to imagine how they would feel if someone “knocked over their tower and then apologized spontaneously, apologized after being prompted, offered restitution, or did nothing.” The kids predicted that they would feel better and would share more with someone who offered to fix things and apologized naturally. They thought if the apology were prompted or if the person said nothing, then they would remain feeling lousy and ungenerous toward them.

In the second study, kids did the same tower-building activity and the researchers knocked over their towers. Each child received one of the above four responses to the destruction. The only one that actually made them feel better: an offer for restitution — or the amends that Faber teaches. But interestingly, the kids shared stickers they were given more with the researchers who apologized (prompted or no) and made amends. They shared less — and still felt bad — with those who said and did nothing. The study’s conclusion: “Restitution can both mitigate hurt feelings and repair relationships in children; apologies serve mainly to repair relationships.” So the prompted apology may in fact build bridges even when it doesn’t make the offended party feel better. And those amends? They’re powerful.

Anatomy of an apology

That still doesn’t mean we should be forcing apologies out of our kids. But we can help them learn to do it gracefully. A study from the Harvard Graduate School of Education found that kids were more likely to feel positively, rate a transgressor as nice, and empathize with the wrongdoer when they received an apology.

And sincere apologies can lead to forgiveness, which research shows takes the sting out of hurts and is an essential ingredient in a happy, healthy life. Depending on the seriousness of the offense and the relationship of the people involved, researchers say, the link between apologies and forgiveness is a strong one. In a study published in the Journal of Personality and Social Psychology, researchers found that, among adults, apologies affect the offended party’s ability to empathize with the offender, facilitating forgiveness. And when kids forgive, the benefits can go far beyond just feeling better.

“If there’s going to be reconciliation, the notion of apology is very worthwhile,” says Robert Enright, a professor of educational psychology at the University of Wisconsin-Madison who has written many books on forgiveness and teaches groups around the world how to forgive and apologize.

According to Enright, there are “three Rs” in a successful apology:

1) Remorse: Feeling sorry for the action.
2) Repentance: Expressing what’s in your heart. “I’m sorry. I blew it. I was wrong.”
3) Recompense: This is when you try to make amends, which is not always possible, but always worth a try.

Enright doesn’t see value in the forced apology: “It has to come from them,” he says. “If you hover over a child and say, ‘Apologize!’ it’s going to be insincere. You want remorse to be there first. Words by themselves can be empty.” He suggests encouraging empathy instead. For example, after a child whacks her sibling, you could ask her, “How do you think your brother is feeling right now? How does that make you feel inside? What is something you might want to do given how you’re feeling right now?” he says. The child might respond by naturally apologizing, or offering a hug or some other gesture.

Inspired to cease apology-policing my son, I noted that my compulsion to extract an expression of contrition from him was often motivated by real or perceived social pressure (is there anything scarier than parenting in public?). I ran a scenario by Faber to see how I can do it better next time. My tall-for-his-age boy was running with other kids when a smaller kiddo wandered into their path, attracted by the excitement. H. shoved her out his way and she fell to the ground, crying. With eight parental eyes on me, I did what felt like a social mandate, scooping my kid up and making him say sorry to the crying girl. “But she was in my way!” he protested, only to finally give a grudging, “Sorry.” I felt icky — about my kid’s behavior and my response to it.

Faber says next time I can say, “We’re so sorry!” from the both of us to child and parents, and then pull H. aside and privately acknowledge his feelings (“She was in your way and you were enjoying running.”), cite the issue (“But you hurt her.”), and offer some kind of amends he can do (“Let’s offer her a cracker.”). And later, if appropriate, we could talk about what he might do instead, the next time a kid is in his way.

As Faber notes, we need to think about the kind of human we want our child to become. “I want my kid to be that person who, if he borrows something from a friend and breaks it, he doesn’t just say, ‘Oh, sorry,'” says Faber, but rather a person who offers to replace it. Or if he says something that hurts somebody else’s feelings, I don’t want him to say, ‘Oh, I’m so sorry, can you ever forgive me?’ I’d rather that he acknowledges the other person’s feelings — ‘I see I hurt you with that careless remark. I wish I’d thought more before I spoke. That will not happen again because I value our friendship.'”

Though I can’t say I look forward to more of my kid’s impulse-control challenges, in some ways I’m glad I’ll have another chance (soon, I imagine), to set him on the road to becoming that person.