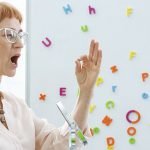 Alerted by a preschool teacher, a determined mother sought help for her daughter's speech problems - with positive results.

I’ll never forget the day when my daughter’s preschool teacher said, “I think something is wrong with Emily. When I asked where she was going, she broke out in tears and couldn’t answer the question … not because she didn’t want to, but because she couldn’t. That’s not normal for a 4-year-old.”

My first step was to visit Emily’s pediatrician and search Web sites for books and articles. I learned that speech delay was not associated with intelligence. In fact, several exceptionally brilliant people, Einstein among them, didn’t speak until later in life. I learned some research suggests children who are analytical and have parents who are mathematicians or engineers, like Emily does, may be inclined to be speech delayed. At the end of all my searching, I discovered that it was just the way Emily was developing. I couldn’t control it, so I needed to accept it and learn to help her.

My next step was to get a referral for private speech and language testing. Results revealed my daughter’s hearing was just fine, but she had a significant speech and language disorder. We also learned that, since there was no medical condition causing the delay, our insurance didn’t cover treatment.

Because it seemed important to intervene early, my husband and I agreed to pay out of pocket $50 to $90 per visit for 1-2 visits per week. We wanted to keep our daughter moving ahead in her receptive (understanding) and expressive (verbalizing) language skills.

When she was about 4½ years old, we had Emily tested in the public schools, hoping we might ease our financial burden. After the testing, we participated in an Individual Education Plan meeting with the speech therapist and school administrator. The good news was that Emily’s total language score improved from the 14th to the 25th percentile; the bad news was that she didn’t qualify for special education services because she didn’t score at or below the 7th percentile.

I must admit, I was unprepared for what happened at that IEP meeting. I was coming from a place of gratitude, hopeful and relieved that Emily had improved. School personnel were coming from a place of wondering whether I’d react negatively to learning Emily didn’t qualify for services. I didn’t understand why they seemed a bit defensive, but now I see they were prepared for possible disagreement over eligibility.

I’m extremely indebted to Emily’s preschool teacher for her courage to tell a mom like me her beloved daughter might have a problem. I doubt I would have spotted it as early on my own.

Thanks to what I learned with Emily, I was able to spot similar problems with her younger sister when she was 3 years old. We immediately had her tested and discovered she was a year behind in her language comprehension and expression. She’s now receiving private speech therapy, and we’re grateful we were able to intervene earlier with her.

Today Emily is 7 and in second grade. After 3 years of therapy, she has “graduated” and is now on her own. I’m very involved watching her do her homework, staying alert to screen for potential problems. Thankfully, she is a good reader, makes friends, and loves animals.

Along the way, I’ve developed a few tips I hope will help other parents, as well: