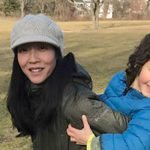 I wrote a book about how Asian parents raise high-achieving kids. When my son was diagnosed with autism spectrum disorder, I discovered there was more to the story.

It’s been 10 years since my sister, Soo Kim Abboud, and I co-wrote the book Top of the Class: How Asian Parents Raise High Achievers — and How You Can Too. Our book described many of the strategies our parents — and other Asian immigrant parents — used to ensure their kids had the best chance at succeeding both academically and professionally.

Reactions to Top of the Class were varied, but the topic undoubtedly struck a nerve. We heard from readers who were encouraged by the book’s guidance. Some readers who had been raised in a similar way responded negatively, telling us they felt their parents had been consumed with their own limited ideas of success, while disregarding their kids’ individual interests and the importance of a happy childhood. Still others, Asian and non-Asian alike, said their parents’ dedication to their education was instrumental to their success. We were surprised by the amount of interest the book generated and thankful for the many interesting conversations that followed. But there was one question many readers asked that we weren’t able to answer at the time: “Will you will raise your own kids the way your parents raised you?”

When the book was published, neither my sister nor I had kids. My response at the time was something along the lines of, “I think I’ll be able to pass down to my kids many of the values my parents instilled in me regarding learning and education.” Whatever I said, today I can say with certainty that I didn’t know what I was talking about.

When my own son was born, almost 5 years ago, I was prepared to replicate much of what my own parents did, with my own fine-tuning. But life is unpredictable. My son is on the autism spectrum. His diagnosis turned everything I thought I knew about learning and education on its head. Instead of trips to museums or the zoo, story time at the library and playdates, we were thrown into a world of behavior therapy, doctor’s visits, packed schedules, and the most challenging aspect of it all — dealing with the uncertainty. This was not the path I had chosen and it took me time, therapy, and a tremendous support system to be able to embrace it. When I came around, I realized my own upbringing would help me as I charted a different course for my son.

Does this mean I threw out all the principles I was raised with? Did I do a 180° on the Asian parenting style? Most definitely not. Many of the practices described in Top of the Class apply to parenting a child on the autism spectrum, or to a child whose learning and development is not typical. But before I could apply them to my own child, I had to modify some of the deeply-rooted expectations and values I had been raised with.

Instilling a love for learning

Nothing prepares you for the moment when your son or daughter receives an autism spectrum disorder (ASD) diagnosis. Any parent who has been in this situation will tell you the nature of the diagnosis and uncertainty of the future is crippling. I had anticipated the physical fatigue that accompanies becoming a new parent, but had not been prepared for the mental and emotional stress. Much of my own childhood had been spent discussing, dreaming, and preparing for my future, and I felt as if that hope and excitement had been snatched away from my son and replaced with a giant question mark.

At the time, I knew very little about ASD, but I knew I loved my son. He needed help I couldn’t provide alone, and I needed to learn how to get him that help. Simply put, he wasn’t going to succeed if I wasn’t willing to learn how to help him.

The most important principle in Top of the Class that I return to again and again is discussed in the first chapter: “Instill a Love and Need for Learning and Education.” I was fortunate to be surrounded by amazing role models as a child. My dad is now 73 and still loves to learn. At age 70, he took keyboard lessons and courses in web design. My parents taught my sister and me that learning and education are lifelong pursuits that don’t end when you graduate from college or graduate school. This love and need for learning has provided me with the confidence to move forward in unknown territory while making the process a bit less overwhelming.

And so I learned as much as I could about ASD and how I could support my son. I read articles and books, talked with pediatricians, teachers, early intervention administrators, behavior analysts, speech language pathologists, occupational therapists, physical therapists. It was demanding but empowering. I felt encouraged, hopeful. And as our knowledge and confidence grew, my thinking shifted. I started to live more fully in the present rather than perpetually worrying about the future.

Being involved in your child’s education

From developing collaborative relationships with their children’s teachers to doing educational activities at home, Asian parents make their children’s education their highest priority and they invest their time and energy accordingly.

For a child on the autism spectrum, playing an active role is even more important. It starts with forming your child’s team of providers. Like it or not, you are the team captain. The sheer variety and number of providers for children on the autism spectrum is daunting, so do your research and take your time. Get recommendations and talk to others who have had positive experiences. Perhaps most importantly, trust your gut. It took me over a year to find the right people and get into a rhythm, but without this team support, I would have been lost. Their creativity, honesty, and dedication to my son’s education and well-being carried me on the tough days.*

Before our son was born, we never anticipated the many obstacles to learning that a child on the autism spectrum can face, such as sensory challenges, attention issues and disengagement. While Top of the Class advocated for parents to make their children’s education a top priority, sometimes at the expense of their own personal time and interests, I’ve learned that especially for parents of a child with special needs, self-care has to also be a priority. You simply cannot be a good team captain if you’re not energized and well-rested. For me, time with family and friends, meditation, and spending time outdoors (even for short periods of time) recharges my batteries and makes everyday challenges more manageable.

Top of the Class encouraged parents to provide as many opportunities as possible to nurture their unique abilities. As parents of a child on the spectrum, one of our biggest challenges was figuring out what would spark his interest. He didn’t gravitate toward toys or other children and had limited communication skills. We needed to find common ground with him to establish a close bond while also setting the stage for learning. Although his communication was limited, he clearly enjoyed the sound of my voice. So I started talking… a lot. I talked about anything and everything — the weather, the food we were eating, where we were going, meticulously describing the details of our day. At that point, I had my first clue — he enjoyed listening and appeared interested in what I had to say.

From there, we turned to books. While many young kids grow attached to a stuffed animal or favorite blanket, my son fell hard for the alphabet. I fondly remember hiking in Vermont, my son strapped in a backpack clutching an oversized foam letter W, wailing loudly whenever he dropped it.

His interest in the alphabet opened the door for more play and learning opportunities. Puzzles and games, which previously held no interest to him, were enjoyed if letters of the alphabet were involved. Playing alphabet memory games, looking for letters in the dark with flashlights, building alphabet towers, and beading letters together to make a necklace were just some of the activities we did as a family to further his interest in learning. As his interests grow, I continue to pay attention to what makes him tick so that I can support his learning — not unlike the way my own parents encouraged my love for books, music, and different cultures.

Ten years ago, my sister and I wrote our book to help parents maximize their child’s chance of achieving academic success. Contrary to what some may believe, Top of the Class was never about getting straight A’s and an Ivy League education. I wasn’t a straight-A student, and neither my sister nor I attended Ivy League universities. And when I imagine what success will look like for my son, it isn’t about grades or a particular university or career. What I do know for certain is that my parents’ commitment to my education and their respect for all forms of learning prepared me well for this next chapter. I am proud to be following in their footsteps and I hope my son, many years from now, will be better off as a result of my efforts and dedication to his education.