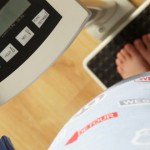 How the new anti-obesity campaigns in our schools may backfire.

You know what they say about roads paved with good intentions. From the day that my sister left high school to be admitted to an eating disorders rehab for anorexia nervosa, my parents insisted on watching me eat — and finish — every meal. Four years later I packed a suitcase and moved into the same eating disorders clinic for bulimia. My parents were only trying to stop me from following in my sister’s footsteps. But their perspective lacked, well, perspective.

Today school districts are launching anti-obesity campaigns that, like my well-meaning parents, may inadvertently drive kids to develop distorted relationships to food. Many schools have adopted programs designed to make children acutely aware of their weight. In Arkansas a statewide body mass index surveillance program sends home children’s BMI/weight information attached to their report cards. From weight screenings to disorder-glamorizing videos, some experts worry these campaigns may already have contributed to the increasing number of kids who unjustifiably consider themselves to be fat.

The dark side of consciousness

“Our culture does not celebrate all body sizes,” Daniel Kirschenbaum, the clinical director and chief program officer of Wellspring Academies, told Quebec Media Agency, adding that weight-conscious kids may be getting the wrong message from schools. In California new physical fitness tests send children’s BMI results home, but no effort is made to teach parents how to talk about food, weight, or eating disorders.

Though raising consciousness may be the first order of business for every anti-obesity campaign, eating disorder experts suggest that weight awareness alone is a dangerous thing. A 2008 study found that there’s a marked deterioration in quality of life resulting from obesity awareness — even for children of normal weight. So as schools weigh and rank kids with the expectation that their parents will use the information wisely, they may be creating a perfect storm for an eating disorder epidemic. Study after study has shown that children’s eating disorders are primarily fueled by misconceptions about their parents’ concerns about the kids’ body size.

The culture (and cult) of eating disorders

Though eating disorders do not carry the same body count as obesity, the number of affected kids is far higher than commonly understood. According to the Alliance for Eating Disorder Awareness, one in five women struggles with an eating disorder, and an estimated 10 to 15% of people with anorexia or bulimia are male.

Most people regard eating disorders as a problem primarily for teens and young women, yet studies suggest that an increasing number of children show signs of disordered eating. One British survey by the Schools Health Education Unit found that 10% of 14- and 15-year-olds routinely skip two meals a day (breakfast and lunch), 26% regularly skip breakfast, and 22% go without lunch. Nearly half of all 10- and 11-year-olds surveyed think they’re overweight — leading to 7% of them passing on breakfast. Meanwhile, 20% of 12- and 13-year-olds skip the first meal of the day.

If you’re relying on high school health class to inform your kids about healthy eating habits, you may be disappointed. Nationwide health classes use instructional videos to educate students about various diseases, unsafe behaviors, and disorders such as anorexia and bulimia. But Yale University researchers found that while these films boost knowledge about eating disorders, they also inadvertently glamorize the problem: Teens who watch these educational videos are more likely to view girls with anorexia or bulimia as “very pretty,” and even imagine it would be “nice to look like” them.

Outside the classroom, a phenomenon called “wannarexia” is already building around children who claim to have anorexia, or wish they did. “Kids simply do what other kids do,” Tom Kersting, a New Jersey-based psychotherapist, school counselor, and the author of Losing Weight When Diets Fail, told USA Today. “They strive to be popular… find me a popular girl who’s not thin. You won’t find many. These ‘wannarexics’ are exactly that, girls who ‘wanna’ fit in.”

Although statistics show that diagnoses of anorexia or bulimia are in decline, the reality is far less auspicious. Hybrid behaviors have emerged, under the umbrella classification of “eating disorder not otherwise specified” (EDNOS). Unlike anorexia and bulimia, EDNOS diagnosis rates have doubled in the past decade. Also called “disordered eating,” EDNOS is an eating disorder that doesn’t meet the strict diagnostic criteria for anorexia or bulimia but may include drastic weight loss, caloric restriction, over-exercising, binging, and purging.

What allows kids with EDNOS to fly under the radar is that they don’t fit the eating disorder profile. They aren’t necessarily thin. They may be overweight children who engage in emotional binging and restricting patterns. What new anti-obesity warriors may not take into account is that there’s a hidden irony in teaching kids about curbing their calories. The Journal of the American Dietetic Association reported that teens engaged in dieting and unhealthful weight-control behaviors are three times more likely to be overweight in adulthood — not to mention at increased risk for binge eating; self-induced vomiting; and use of diet pills, laxatives, and diuretics — than teens not engaged in any weight control.

It’s on your plate

Between a food industry that overfeeds kids processed garbage and schools suddenly hyper-vigilant about bad BMIs, what’s a parent to do? The solution, say experts, is in your hands. Since children learn best by example, parents who complain about their own weight, pick at their food, or exercise excessively are only setting their kids up for future weight and eating battles. By the same token, those who model healthy eating habits and a sane relationship to food tend to convey these behaviors to their children.

But how? One key to kids’ mental and physical health, say experts, is to keep an open dialogue. As schools engage in a giant social experiment to fight obesity, parents can help by just talking about the importance of healthy, reasonable habits in regards to food. Family meals may hold another key. According to a longitudinal study by the University of Minnesota’s School of Public Health, regular family meals are “related to higher academic performance, greater psychosocial well-being, and a reduced risk of using unhealthy weight-control behaviors.”

Finally, research suggests it’s not simply what parents say or eat that can make a difference; it’s the continued involvement in their children’s lives. Researchers at the Harvard School of Public Health found that when parents are involved in teens’ bulimia-treatment programs, the percentage of patients able to abstain from the eating disorder’s binge-purge pattern doubles after six months. Parents, it turns out, may be far more powerful than any prescription doctors can offer.