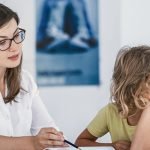 A tale of two children: From school-age struggles to adult success

Over seventeen years ago, just a week and a half into kindergarten, my bright, sweet five-year-old daughter Dria told me she had “failed seven times, once each day” for failing to follow her teacher’s directions. By first grade, she had fallen into the lowest reading group and was misbehaving in class, to the extent that her teacher had begun sending home a daily report card stating, “I was good today,” “I was bad today,” or “I was fair today,” which I had to sign each night and return.

Based on Dria’s troubling school behavior, our pediatrician recommended she be evaluated for attention deficit disorder (as ADHD was then called). On the day of the assessment and diagnosis, I asked Dria if she knew why we had gone to see the doctor. Her reply was, “Yes, Mommy, because I am stupid.”

Dria’s younger brother, Jonathan, was also diagnosed with ADHD and a learning disability when he had trouble learning to read in second grade. Nevertheless, over the years, both Dria and Jonathan have flourished academically, emotionally, and socially. Today Dria is a senior honors student and student leader at UCLA and plans to go on to law school next year. Jonathan is a freshman in computer science engineering at UC Davis. Following is the story of how our children moved from school-age struggles to adult success.

Many parents and teachers have asked my husband and me what we have done that enabled our kids to become confident and happy achievers in spite of their disabilities. While there have been bumps and uncertainties along the way, a key factor was that we consistently dealt with our children’s situations in a straightforward, positive, problem-solving manner. Neither of us was defensive or tried to assign blame. Together, we focused on what we needed to do to help them.

As parents, we found several strategies helpful. We:

One ongoing task was that of educating teachers, most of whom had a poor understanding of the needs of students with ADHD and LD. As we discovered classroom accommodations that worked (e.g., seating the child front and center in the classroom, and providing assignments in writing), we shared them with our children’s new teachers. As the children grew older, they learned to tell their teachers what they needed, thus learning to advocate for themselves. After a discussion with a supportive teacher, Dria and I even developed a short handout for the high school faculty titled “ADHD: What is it and so what?” which included the practical tips that we had discovered over the years.

Medication made a positive difference

Perhaps most the important decision we made was to include stimulant medication in both children’s treatment plans early on, before their academic challenges became overwhelming and they were self-conscious about being “different” from other children. Unfortunately, in 1988 the landmark — which has since demonstrated that appropriate, monitored stimulant medication significantly improves the behavior of children with ADHD — was far in the future. Therefore, immediately following her diagnosis, Dria was not medicated, because her physician did not believe she “needed” medication.

Medication was introduced into the mix when Dria was in fourth grade, when her teacher expressed growing concern about Dria’s deteriorating social interactions with her peer group, a common symptom of ADHD. While no parent wants to medicate a child unnecessarily, we researched the benefits and risks of stimulant medications and decided to start Dria on Ritalin®. In the mid-1980s when Dria was diagnosed with ADHD, there was no negative media coverage that might have influenced our decision. We thoroughly explained the benefits of the medicine to our daughter, and explained it would help her behave as she desired. We compared giving Ritalin® to Dria with giving insulin to a diabetic child.

As young adults, both of our children continue to take stimulant medication to manage their ADHD. To this day, Dria still remembers when she began taking her medication and was finally able to relax and pay attention in class. She could just “be herself.” Until then, she had to work very hard to keep from misbehaving. After she started taking Ritalin®, her schoolwork and interpersonal relationships improved tremendously; she even began demonstrating substantial organizational and leadership skills.

Dria clearly understood the benefits of the medication (which at that time was not available in extended time-release form), and she took medication three times a day, including mid-day at school. Dria soon took responsibility for reminding her teacher when it was time to take her pill. Dria says now that she felt empowered with respect to her medication, and she always remained in compliance.

In junior high school, Dria became completely responsible for administering her medication. She was always competitive and wanted to do her best, and she recognized that the medication helped her to be her “best self.” (Once timed-release meds were available, she made the switch.) Dria understood that she should never “share” her meds with anyone, so we never needed to “lock up the meds” or count pills, and we never “came up short”.

When Jonathan was diagnosed as having ADHD, we decided to start him on medication immediately. The results were remarkable. His teacher and choir director (neither of whom had been told about his medication) both commented within days on his improved attention and behavior. While we still had to deal with Jonathan’s reading and writing deficits, his positive outlook soon returned. Jonathan also recognized the benefits of taking his medication and had no compliance or abuse problems. He benefited from the example set by his older sister.

My husband and I firmly believe the decision to give stimulant medication to a child with ADHD is one that more parents should pursue. Appropriate treatment with medication frees the child from having to expend excessive mental energy just to stay in control without constantly fearing that he will be uncontrollably, unpredictably “bad.” We encourage reluctant parents to reconsider the positive long-term effects of giving children the stimulant medication they may need to enable them to be the “good” children they want to be, so they can succeed to the best of their ability.

Having two children with LD and ADHD has presented challenges. But it also fostered in us an awareness that led to earlier and more effective intervention. For example, had we not been clued into the signs of ADHD from our experience with Dria, Jonathan’s condition might have gone undiagnosed for years. This is because his easy-going, less assertive personality made his inattention and impulsive behavior less disruptive in a classroom. Consequently, teachers were annoyed but not alarmed by his behavior. In the meantime, we had also discovered an undiagnosed family history of ADHD and learning disabilities which led us to suspect something was amiss with Jonathan. Therefore, we took action to have him evaluated early on.

Our children have become independent, happy, and self-confident people who are able to fulfill their potential, because we identified and intervened before their self-images were permanently, negatively affected. Parents who intervene can influence the outcomes for their children.