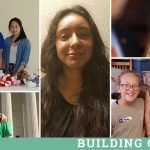 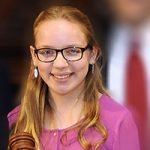 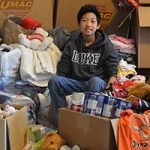 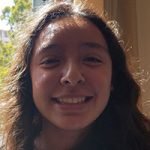 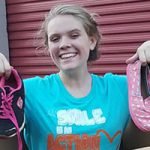 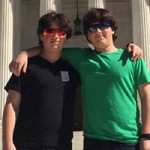 Get inspired by these six kids who took the initiative to improve the lives of others. In the process, they learned that generosity makes a difference. 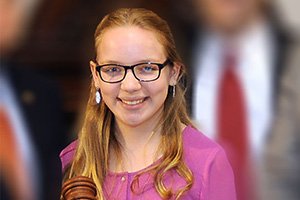 Several years ago, Rachel Ritchie was at her local playground and noticed several children with disabilities watching from the sidelines because neither the space nor the equipment was accessible to them. “I thought that wasn’t fair, because playing is something all kids should be able to do,” says Ritchie, who is now 13. That day, Ritchie came home and told her parents that she wanted to create a playground that everyone could use.

Within two years, Ritchie raised more than $100,000 for Rachel’s Fun for Everyone Project through community fund-raising efforts that included t-shirt sales, car washes, a spaghetti dinner, 5K runs, and more. Ribbon-cutting for the new playground in Vine Grove, KT, which has 13 different pieces of specialized play equipment, is slated to open in late summer 2017. Ritchie was awarded the Barron Prize, which every year honors 25 kids for their service to others, in 2016. But she brushes off the suggestion that what she’s accomplished is extraordinary. “I’m not doing anything that special,” says Ritchie. “I’m just trying to make a change to benefit my community. I want to do whatever I can to make other people’s lives better.” 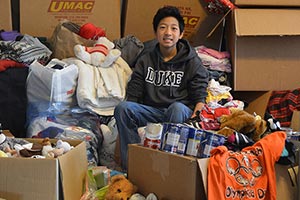 In 2008, when Eric Li was 7 years old, he watched the news with his parents about the magnitude 9.7 earthquake that devastated China. “It was horrifying,” says Li, who is from Manvel, TX. “Tens of thousands had died or were injured. My family is from China and we were quite worried about them.”

He and his two older sisters canvassed the neighborhood, hoping to raise money for the victims. The first day, they raised $84. Inspired by their success, they approached local businesses. Within a few months, they had raised more than $6,000. “We didn’t think we could do so much,” says Li, who with his sisters, sent $4,500 to the Red Cross and then delivered the remaining $1,500 in person to five high school students who had lost their homes.

Now 16, Li remains heavily involved in his nonprofit, wecareact.org, which continues to raise money for survivors of natural disasters, including the Japanese tsunami and Hurricane Ike. Li says he’s inspired by his parents, who he notes would always give money to somebody in need.

“The most important lesson I’ve been taught is that you can make a difference no matter what,” he says. Even if he and his sisters hadn’t raised as much money, he adds, they could still have made a difference in someone’s life. “It’s changed how I look at the world. Bad things will happen, but we should do what we can to help.” 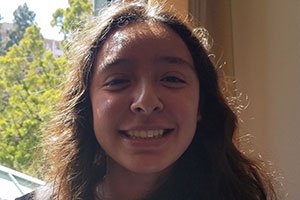 When Jamilette Arango was 4 years old, she and her mother were homeless and lived in their car. “My Mom and Dad divorced, and my Dad was deported. It was just me and my Mom.” While this trying time was short-lived, the experience had a profound on the 17-year-old from Santa Rosa, CA, who recently won Sonoma County’s Youth Service Award for community service. “It taught me not to be afraid to ask people, ‘Are you OK? Do you need clarification?’ You have to approach them. You have to be the bridge.”

Arango, who is bilingual, has been that person in her mostly Latino neighborhood since she was a middle school student. Arango saw that many parents struggled with English and didn’t know what social services were available to them. After acting as a volunteer translator at a Santa Rosa kids’ program in the summer of seventh grade, Arango continued translating for parents at Elsie Allen High School and at her local public library.

“They are small acts, just talking, but it can make a big difference,” says Arango. “I’m really concerned with minorities, people from low socioeconomic backgrounds and letting them know what resources are available.” Arango says she feels lucky about how her life has turned out and wants to pay it forward. “I want to get the message to kids like me who grew up in turbulent environments. I want to tell them, ‘It’s OK, you have the potential.’ It’s just a matter of getting the information across.” 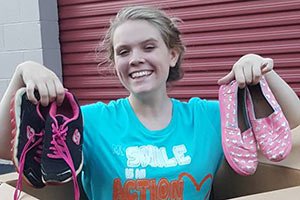 It’s a classic Cinderella tale. Except that Olivia Wright is not the princess waiting for her glass slipper. Instead, Wright is the hero, blazing a path worldwide to give people shoes that fit. Since the age of 9, the now 18-year-old from Hendersonville, TN has distributed more than 114,000 pairs of shoes in 13 countries and 10 U.S. states through her nonprofit H.U.G.S. (Help Us Give Shoes).

Her inspiration struck when Wright saw a Feed the Children informational and noticed that the kids weren’t wearing shoes. “It was an eye-opening moment for me,” says Wright. “I asked my mom to do a shoe drive with me at the church.” After collecting more than 600 pairs of clean, lightly worn or new shoes, they delivered them to a ministry in the Appalachian Mountains. Ever since, Wright holds a yearly back-to-school shoe event for kids in the Appalachians.

Inspired by her church, Wright has also raised $10,000 to open an orphanage, the H.U.G.S Forthward Home, which this year will be home to five street children in Rajahmundry, India.

Wright says she thinks a lot about how to inspire other teens to service. “Teens are amazing,” she says. “A lot of times when I talk to teens and they hear first-person stories about it, it is moving to them. They always want to know what they can do to help. Teenagers aren’t told they are capable of amazing, life-changing things. I think they are raised to think it’s not possible. But they could change the world.” 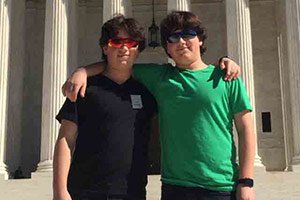 For Jake and Max Klein, twins from Edgewater, NJ, birthdays aren’t about scoring the latest tech toy. Ever since they could remember, the boys would choose a charity to support and ask that money be donated to that cause in place of a gift. “That’s probably hard to understand,” says Max, “but we never got birthday gifts, so it was just normal. Every year we get excited planning what charity we will focus on for that birthday.”

The Kleins, who otherwise seem like typical teens who love video games and sports, were raised in a family that prioritizes service. “Since we were young, our parents taught us that we were very lucky and we should always find ways to give back. Not just with money, but with your time, your compassion, or even just making things better for someone else,” says Jake.

The 15-year-old twins have raised money for computers in their local library, bought an electric stretcher for the volunteer fire squad so they would not get hurt lifting people, and raised funds for families affected by a fire in their town.

When the twins were 12, they wanted to join a family friend who was cooking and serving food to the homeless, but the organization told them they were too young to volunteer. The experience inspired them to create kidsthatdogood.org, a website that connects kids with age-appropriate opportunities for volunteering. They believe that plenty of kids want to help others, but just don’t know how. “When we talk to kids and show them how easy it is to be charity-minded, that’s the best. Most kids think it’s too hard to get involved, but once we talk it through, the light bulb goes off and it’s awesome to see,” Jake says.