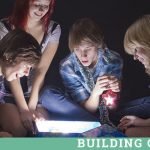 Teenagers are irresistibly drawn to explore the unknown, which can get them into trouble. But don’t stamp out your teen’s curious streak — there’s a bright side.

The mythic Greek maiden was warned to never peek inside the beautiful vessel. Keep the lid on, Pandora! Danger! Off limits!

Nevertheless, she had to know. Alone one day, she unlocked the gilded treasure box with a golden key. Yikes! All the horrors of the world flew out to plague humanity forevermore.

Curiosity, or the desire for information, drives many of our human activities. Susan Engle, author of The Hungry Mind: The Origins of Curiosity in Childhood, defines curiosity as “the urge to explain the unexpected.” Which may be well and good if you’re a scientist, philosopher, or inventor. But when you’re a teenager wondering what it feels like to smoke cigarette or a joint, this urge has a definite dark side.

Humans possess an inherent desire to resolve uncertainty that is independent of the consequences, write researchers Christopher K. Hsee and Bowen Ruan in a study of curiosity’s potential negative effects. “When facing something uncertain and feeling curious, [people] will act to resolve the uncertainty even if they expect negative consequences.”

Evaluating the possible consequences and proceeding prudently is governed by the risk assessment capabilities of the prefrontal cortex, a region of the brain region neuroscientists say isn’t fully developed until we’re in our mid-20s. Which means that teens are more likely to act imprudently on their curious impulses. In fact, dozens of studies on adolescents worldwide reveal that curiosity is by far the most common reason kids give for trying smoking, e-cigarettes, marijuana, other drugs, and sex.

Interestingly, fear tends to be the reason most frequently cited when teens abstain from these activities, though research suggests that explaining the dangers of risky behavior is not a sufficient deterrent. Case in point: the DARE program, a national anti-drug education program begun in Los Angeles in the 1980s to reduce teen drug, alcohol, and tobacco use. The program, which famously emphasized the risks of drugs by comparing a frying egg to a brain on drugs, has been widely acknowledged to have been a failure.

“The idea was to try to prevent kids from trying drugs by educating them about the dangers. But participation in the program actually increased teenage drug use,” says Celeste Kidd Ph.D, brain and cognitive sciences professor at University of Rochester. “The speculated reason is that the program told kids about drugs that they otherwise might not have known about. It piqued their curiosity.”

There’s an upside to this hard-wired and nearly irresistible urge to explore the unknown: curiosity is what makes teens want to engage and understand. Studies show that curiosity puts the brain in a state that allows it to learn any kind of information better. It’s how teens will figure out how to make a better world for their generation.

“Only the curious venture out,” says, Tara Chklovski, the founder of Iridescent Learning, a nonprofit program designed to get teen girls from underserved communities interested in science, technology, and engineering and use them to solve real-life problems. Stirring teens’ curiosity is written into their mission statement, she says, because it’s how kids will innovate and find ways to improve their own communities. “Only when you are curious do you want to learn and problem solve.”

When Pandora opened the box, enabling all the horrors to escape and torment us for eternity, one spirit remained stuck inside. Pandora shut the lid in time to trap Hope. Determined to keep our kids safe, we do everything we can to spark the right kind of curiosity and stamp out the wrong kind. We warn them of the dangers of risky, unhealthy activities; we stay close, as advisors, friends, and confidantes; we try to enroll them in engaging schools with brain-candy curricula. We hope they’ll make good choices. But still, we worry.

How can we get teens to indulge the curiosity that leads to innovation and learning and eschew the curiosity that leads to bad decisions and risky behavior? Perhaps the answer lies in programs like Iridescent Learning, and in efforts to engage teens in exploring constructive unknowns with positive consequences. (Consistent participation in high-quality after school programs, for example, has been found to help reduce the risk of teens experimenting with alcohol and drugs.)

“We don’t spend enough energy capitalizing on the curiosity of teenagers,” says Engle. “We try to squelch their curiosity about the things we think are dangerous [but] we expect them to expend great energy on academics that don’t stir their curiosity… which is crazy, because there is so much in the world of scholarship that teenagers are naturally curious about: Why there is injustice in the world? What is the book Lolita all about? Why were U.S. soldiers in Vietnam? How did young people help stop that war? Why not make the most of their intrinsic curiosity in the classroom?”

Perhaps we can start by taking another lesson from the ancient Greeks. After all, they did not bore us with a laundry list of the risks of opening the box. Instead, they harnessed the power of myths — concepts, problems, and ideas so compelling that we’re still thinking about them today.