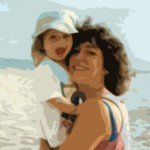 Pulitzer Prize-winning author Katherine Ellison on her revealing new memoir about raising a son with ADD (and having it herself).

Five years ago, when Katherine Ellison’s oldest son, “Buzz,” was in fourth grade, he was diagnosed with ADD*. Recognizing his symptoms all too well, she got herself tested and learned she also had the disorder — an increasingly common path for modern parents of children with this exceptionally heritable condition.

At first, despite her part-time efforts with therapists and tutors, Buzz’s troubles at school and home got steadily worse, including chronic visits to the principal’s office, repeated fights with his brother, refusals to do chores or homework, and the losses of everything from notebooks and lunch boxes to “every single member of his former pack of friends.” By sixth grade, Buzz’s troubles had escalated, as had Ellison’s conflicts with him. At a loss for solutions, she decided to drop her other work and devote a year to understanding ADD — and how to best help her son — before it was too late. Ellison, who also wrote The Mommy Brain: How Motherhood Makes You Smarter, chronicles her year in Buzz: A Year of Paying Attention.

You took some real risks with this book. You expose very personal things about both you and your son.

I wrote this book because it was the best thing I could think of to do at the time. Our family was in a crisis. My relationship with Buzz was affecting my marriage, my relationship with my younger son, and my younger son’s relationship with Buzz. The book I had earlier planned on writing, which was about plastic pollution, would have taken me away from the family. Which is what I definitely wanted at the time, because I was very eager to remove myself from all the conflict! But even then I knew what I needed was to focus more sharply on matters closer at hand.

In the book, you write about your frustrations with the school system and how it dealt with your son’s ADD.

I think the school did as much or more damage to Buzz as any of my faults as a parent. It began in second grade, when his teacher would make fun of him right in front of him. She’d say things like “He goes to the beach.” She wasn’t laughing with him; she was laughing at him. He’d never come home and say, “Mom, my teacher is embarrassing me” or “I’m being teased by kids.” But I’m pretty sure he was being teased mercilessly every day. A few times I saw him on the school grounds. I could see he was usually hanging around on the periphery of a group, which is such a painful place to be.

I accept a lot of responsibility for helping my children thrive in and out of school, but it was definitely a problem that most of Buzz’s teachers couldn’t understand him, and ended up pretty much demolishing his self-esteem. Pretty soon Buzz was trying to stay home from school all the time. He’d fake being sick or just beg not to go to school, which happens a lot [with kids with ADD]. As troubles escalated, he was getting into fights with other kids in fourth and fifth grade.

When did you suspect that Buzz might have ADD?

When Buzz was in fourth grade, the principal suggested that I get him diagnosed. I’m really grateful that she did.

So before that you had no idea Buzz had ADD?

I knew there was a problem but had no idea what was going on. I’d also joked about my own ADD, because I have spacy tendencies. But I hadn’t looked into it or understood that it was a genuine neurological disorder. I had been as skeptical as so many other Americans about the diagnosis until I had no other choice but to look into it.

Which I now see is a problem. So many people judge you without really understanding, deciding quickly that you’re a bad parent or that the kid is lazy or just plain bad. But for a kid who is constantly being told he’s lazy or bad, it’s easier to accept those labels than to consider there is something seriously wrong with his brain and that he doesn’t really have constant, reliable control over his behavior.

What I mean is that a kid can behave badly and wind up in the principal’s office so many times that eventually he too decides he’s “bad.” At least that way, he can feel he has control over his behavior.

So by fourth grade, Buzz was the “bad” kid?

No, not by fourth grade. It was in fifth grade when things really went down the tubes. Fourth grade was a wonderful exception, mainly because he had a great teacher. She laughed with him, instead of at him. She understood him and understood that you don’t get very far with kids like this with a lot of negative feedback. She would motivate Buzz with positive feedback. Like when he cleaned out his desk, she took a photo of him. Then we proudly taped it to the refrigerator. And I gradually came to understand that he needed one person who was unequivocally on his side.

What happened in fifth grade?

He had a lousy teacher who was never good with boys. Then in sixth grade, he had an even less tolerant teacher who was on her way out and having lots of problems. One of the huge mistakes I made was that even though my instinct then was to intervene and get him out of that class, I gave in when the principal pleaded with me to give her a chance. That year did more damage to Buzz and our family; it really wasn’t worth it. At least I learned from the experience, though. So when my younger son was assigned a bad teacher, we pulled him out of that class immediately.

What would you recommend parents do if they think their child has ADD?

It is very, very hard for parents in this position. One of the things that makes it so hard is that there is such a huge industry trying to “help.” I call it the ADHD industrial complex. There are tons of data and intervention options but not that much useful knowledge. You almost have to be a professional researcher to find genuine ways to help your child. All that said, one thing that was really helpful for us was to get Buzz thoroughly tested early on. That taught us a lot.

What other ways would you recommend parents advocate?

Don’t be afraid to be a pest. During our first difficult years, I was kind of cowed into going to the principal’s office. I was ashamed. I got kind of meek. I internalized that I must be this terrible parent and that must be what they are thinking. Now I talk back a lot more than I did before. If I were doing it over today, I would challenge authority more and not let teachers act on their assumption that I was a substandard parent.

Also be aware that the system in most schools is essentially set up to make your child fail if he or she is hyperactive. It assumes kids have great self-control when they simply don’t. These kids have a low threshold for boredom, which makes it excruciating when they have a teacher droning at them for an hour. And in this era of standardized testing, teachers are under pressure to cram a lot of material into their little heads. But it’s counterproductive. It’s hard for these kids to learn under these circumstances. So do your best if you possibly can to make sure the teachers are interesting and engaging, and your child isn’t getting stigmatized because he can’t fit into the system.

I know that’s a tall order. It takes time. Unfortunately a lot of working parents don’t have the time and attention it takes. It’s sad that a lot of kids are going to slip through the cracks because they don’t have an advocate at home.

Don’t schools have to pay for testing?

They do. But the school turned us down because they said he was doing too well to need that support. Later I talked with a lawyer later who said that was malarkey. I know they’re under terrible financial pressure, so it’s a hard situation for everyone.

So before anything, you would say start with testing?

Yes. Because ADD is such a catchall, vague, global term. With the test, you are able to drill down, and you find your child’s specific areas of strengths and weaknesses. The deficits may break down to impulsiveness and poor working memory. So you can work on those things, and it’s more specific and doable than “curing” his ADD, which you’ll never do.

But what about the claim that too many kids are getting diagnosed with ADD who don’t have it?

There definitely have been kids who are over-diagnosed. But the worse problem is the kids who aren’t being treated; there are far more of them. The U.S. surgeon general estimated that up to 25% of kids with mental disorders are not getting adequate treatment.

What surprised you most about how the school did and didn’t help?

I was surprised, with so much out there about ADD — some statistics say one in 10 kids have it — that with those numbers and all the information out there that teachers didn’t know much about it and how to best deal with it. It was like I had to educate them. Also, and I realize this is asking a lot, but I really wish they had paid attention to Buzz’s social situation. Because if a kid is miserable socially, he’s not going to be a success at school.

Another issue is that over the past few decades, schools have definitely gotten tougher on kids who do stupid things, like make inappropriate remarks, play pranks on computers, and stuff like that. What ends up happening is that the kids with issues like ADD inevitably do these stupid things, and the default reaction is they get detentions, suspensions, or get expelled. They get marginalized more and more, with a higher number than the norm dropping out, which means their chance of ending up in jail goes up astronomically. There has to be a better way of dealing with this stuff.

At the end of the book, Buzz is about to transfer out of his public school and go to a private school. Is he still there?

No, he’s back at public school. And I learned another lesson, which is that parents of kids with ADHD shouldn’t automatically assume private school is going to be a lot better. Here’s an ironic thing: We’d finally gotten so exasperated with public school that we figured the private school he liked, no matter how expensive it ended up being, would have to be better. But it wasn’t. Even though there were smaller classes, the format was mostly the same old thing: Kids sitting in chairs while the teacher talks at them. Nor were there any especially creative approaches when Buzz did the usual stupid things, like talking back to teachers and trying to play his PSP in class.

So now he’s back in the public system, and I’ve been pleasantly surprised by the fact that although the classes are larger, there seem to be more supports. There are more eyes on him. I get emails right away about the status of his homework and even, the other day, the fact that he left his new glasses in his math class.

*The formal name for this disorder is attention-deficit hyperactivity disorder (ADHD), but the former name, attention deficit disorder (ADD), continues to be the most popular in common usage.