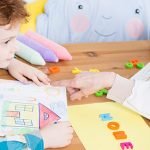 A mom shares the story of how seeking early help for a learning disability helped her son succeed.

Rochelle Blumenfeld is the mom of two children and works as an optometrist in San Francisco. Her son, Jonah, was in first grade at a private elementary school when his family first suspected he might have a learning disability. This is the story of her family’s experience.

First signs of a difficulty

Rochelle’s husband, Joel, has dyslexia and had struggled in school, so she and her husband knew to be on the lookout for academic problems in their children. In kindergarten and first grade Jonah attended a private school where students learned both English and Hebrew. When he was in first grade, it became clear that Jonah was not learning to read while other children were. Jonah also had some social difficulties, which his mother knew can accompany learning disabilities.

Rochelle and Joel did not delay, but instead sought help right away. They and the school looked for strategies to help Jonah. The private school Jonah attended did not offer any special in-school help for students with learning disabilities, so Rochelle arranged for Jonah to see a private learning specialist after school. The school made Jonah a “kindergarten helper” so he could be exposed to remedial Hebrew. Neither of these strategies worked. Jonah saw through the school’s ruse and thought he had “flunked Hebrew.”

He also started calling himself “stupid.” Visiting the learning specialist two to three times per week after school was hard to manage, because Jonah didn’t get out of school until 3:30.

As Rochelle began to realize that her son needed to change schools, Jonah’s first-grade teacher pulled her aside and suggested that the school was probably not the right place for Jonah. She appreciated his honesty and began to seriously look for other options. For second grade, she enrolled Jonah in a public school in Kensington, California, near their home. The school evaluated Jonah and diagnosed a reading-based disability that included difficulty with comprehension, letter-word identification, and visual memory. Jonah was pulled out of the classroom to work with a resource specialist every day for an hour and a half. He also received speech services. Rochelle remembers that the resource teacher, Miss Shores, would work with Jonah on things like copying, completing drawings and tracing letters with his fingers. “It looked like mumbo jumbo to me,” she said, “but it was working.”

Jonah and Shores worked well together, and he stayed in the resource program for a year and a half. By the end of third grade, he was performing much better academically, and he did not need resource help in fourth grade. He did get a “touch up” in fifth grade and was completely mainstreamed into the general education program in sixth grade. He performed at grade level throughout middle school and high school, although his standardized test scores continued to be low in reading.

Rochelle says they were lucky that Jonah’s evaluation placed him within a type of learning disability that the school could support, and that the particular strategies used by the resource specialist were effective for him. He had a friend with an auditory processing problem who did not qualify for services at the school, despite his parents’ advocacy for him. Rochelle said she would have had to look for another school-public or private — if the Kensington school had not met Jonah’s needs. She said that supporting children with learning disabilities is much more difficult for families without access to public schools with the right services in place or the ability to find a private school to meet their child’s needs.

Jonah attended public high school in Berkeley, California. Rochelle believes the large public high school was a good setting for him and that a private, very competitive academic high school probably would not have been the best choice for Jonah. In Jonah’s high school, there were some students who were “totally not doing school,” she said, so Jonah could be comparatively successful just by making an effort. Also, Rochelle notes that he changed school districts between middle and high school, which gave him a whole new peer group and enabled him to lose his identity as a “pull-out kid.” Jonah graduated from Berkeley High School with a GPA of 3.7, and he took several Advanced Placement classes.

Once Rochelle was confident that Jonah’s academic needs were being met at school, she and her husband worked with Jonah on social issues and his self-esteem. They also continued to support his academic progress. Rochelle said she “was pretty much fanatic” about reading to him. She read both fun books like Harry Potter and books assigned at school aloud to him.

When he was young, Jonah had trouble controlling his impulses to do little things that annoyed other students, his mother remembers. For example, he would crumple other students’ papers or lean over and blow on them. She said the teachers in his elementary school were very good about giving him incentives to try to eliminate these habits, and she and her husband worked on them at home, as well. Rochelle would watch him in class and observe whether he would eat lunch with other children. Then she would model appropriate social interactions for him and make social expectations very explicit for him. “Jonah is now very social — he’s really getting it,” she said.

Maintaining Jonah’s self-esteem was perhaps the hardest thing for Rochelle. “The first time your kid says he’s stupid is just devastating,” she said. “You know he’s not.” She and her husband tried to focus on things Jonah is good at, like math and science. For example they gave him opportunities to participate in fun science enrichment programs and emphasized his great sense of humor. They also hid his poor reading standardized test scores from him and emphasized his excellent math scores.

Where he is now

Jonah is now a successful college student at Northeastern University in Boston. Because he was no longer in special education and did well academically in high school, Jonah did not request or receive accommodations on college admissions tests like the SAT. Despite his success in school, standardized tests continued to be difficult for Jonah, so Rochelle arranged private tutoring for him in writing and test-taking. Those efforts raised his scores by 10 or 20 points, helping him test around the 50th percentile. Rochelle also prepared Jonah mentally for not scoring exceptionally well on the reading section of the SAT and guided him to consider colleges where he had a realistic chance of being accepted on the basis of his strong high school grades.

Jonah was accepted at several competitive colleges and chose Northeastern University. Rochelle believes Jonah made a good choice in Northeastern, which he chose in part because of its co-operative education program in business. In the five-year bachelor’s degree program, students take traditional classes for two semesters, then do a hands-on, real world internship in their prospective field for a semester, and then rotate back to class. Jonah has long been interested in business and has built on his strengths in math by focusing on the financial aspect of business. He has made the dean’s list each semester. Rochelle said, “It may be because school did not come easily to him, but he has a great work ethic, takes his college and internship work quite seriously and has held leadership positions in clubs and his fraternity.”

While she is glad that Jonah has been academically successful in college, Rochelle said that to her, the most important thing is that he now “sees himself as a competent person out in the world.”

Rochelle advises parents to resist the urge to deny there’s a problem, which allows a child to fall further and further behind. “The second you have a suspicion [of a learning disability], run with that, look into it, don’t wait,” she says. “You can lose an important opportunity.”