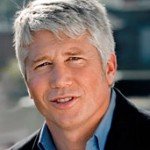 The "NurtureShock" author talks about how self-proclaimed Tiger Mom Amy Chua got it wrong (and how American parents can get it right).

In 2009, Po Bronson’s book (co-authored with educator Ashley Merryman), NurtureShock, rocked the parenting world, presenting a new body of scientific evidence that upended many of our most cherished notions about child-rearing. Now another book is sending moms and dads into new spasms of parenting doubt.

Baring her tiger mom claws in her best-selling memoir, Battle Hymn of the Tiger Mother, Amy Chua makes the audacious claim that if American parents would follow her iron-fisted “Chinese mother” approach, their kids would be straight-A, concerto-playing, super-achievers like her two daughters. Her timing couldn’t have been better. Chua’s book appeared on the heels of the recent revelation that American students are scoring dramatically lower in key academic subjects than children in countries like China and South Korea, according to the international comparative PISA tests. “America’s number-one status is no longer so apparent,” says Bronson. “That has opened the door to an international perspective.”

That American parents are responding to Chua’s take-no-prisoners’ method makes perfect sense, says Bronson. “American mothers and fathers are dying for permission to be a little tougher on their kids,” Bronson wrote recently in New York Magazine. Bronson argues that the controversy, while understandable, has created a breeding ground for cultural misconceptions. Chua’s self-proclaimed old-fashioned Confucian-style parenting “is no longer the norm in China.” In fact, he says, many American parents who are suddenly wondering if they need to get tougher with their seemingly undisciplined, under-achieving kids have “misinterpreted” the Chinese method, which is looking more and more like “Western” parenting.

GreatSchools talked with Bronson about the tiger mother phenomenon and whether we have reason to worry that, once again, we’re doing it all wrong.

Why are people saying they they’re horrified by Amy Chua’s parenting techniques, but meanwhile buying her book in droves?

I don’t think parents are reading the book because they want to imitate that kind of maniacal drive to push your child. What they are responding to is the tension between the self-esteem movement and putting more pressure on your child. . . . Parents are tired of the constant cheerleading we’re expected to do. It feels hollow and vacant to be doing it, and people suspect it’s not really helping the kids.

The misunderstanding is why kids today feel pressure. There’s a stereotype of the pressuring parent. But you don’t see it that often. . . . Very often, kids are feeling pressure even when parents aren’t giving them pressuring comments. The pressure and depression our kids are feeling is the result of feeling like high expectations have been set for them, but they haven’t been taught the steps to get there. Kids get nervous about what kind of college they’ll get into. . . . But one thing they aren’t told is, “This is what you have to do to get there.” Your kid brings home a B+. You don’t have to praise them or criticize them. The parent whose kid feels so much pressure and says, “You’re doing fine, don’t worry about it” – that doesn’t reduce the kid’s stress. What kids want is to know how to do better.

So we should be asking more of our children – getting stricter with them and less indulgent and permissive?

I don’t want parents drilling their kids, out of context, with flash cards. You don’t have to push. Amy Chua was pushing them with a firm hand to the piano keys and violin. Harshness and cruelty never have to be part of it. This is where we get into this false tradeoff: where we have to be this cuddly parent who is always encouraging and praising – and the alternative is the harsh and cruel Amy Chua-type person. We can be kind, smile, be affectionate, and never raise our voice, even as we lead our kids to do better. Even when I’ve talked with Amy personally, she told me those moments did happen. She did cuddle. But she didn’t write about it.

How do you explain the recent high PISA scores of students in Shanghai? Do those kids all have tiger mothers and fathers?

Let’s be clear: Those kids who got great scores in Shanghai? Amy Chua is not their mother! The mothers are affectionate and loving. Studies of these kids say they are egocentric and given everything they want. They are told to do well, but they aren’t experiencing cruel and harsh parenting. They’re treated kindly. And the schools have gotten rid of drill-and-kill testing. They’ve adopted problem-based learning curriculum techniques that they learned by coming to the U.S. and training in [our methods].

She thinks she is. But most Chinese are saying, “That’s not us.” There’s a mass generational shift, whether you’re talking about Japanese or Korean or Chinese. U.N. reports from 15 years ago said more than half of Chinese parents were willing to beat a child for not doing well on an examination. By 1998, that changed. Scholars are seeing modern Chinese mothers as affectionate. They smile at their kids every bit as much as American kids and are no more likely to frown or raise their voice.

If you could give Chua any parenting advice, what would it be?

I don’t like to critique any person’s parenting style. But if someone wanted to copy Chua’s style, I think most people would say, “Let your child go to the bathroom and you don’t have to practice if you are high on dental drugs.” But the threatening?

[My] advice is about risks: that our kids need to learn to be risk takers … and what Amy did was over-protective parenting. I think Amy Chua’s style only works if you want your child to play the violin or piano. It doesn’t work beyond those two instruments. Creativity is going to be more and more prized.

Yes, you recently wrote an article about creativity going down in U.S. students.

We don’t know why [creative thinking] is going down. Scholars are pointing to video games, testing, but in NurtureShock we talked about sleep, the lost hour of sleep. Tests show that with a lost hour of sleep, kids do terrible at creativity tests.

More from Po Bronson: why kids who know how to lose get way ahead.