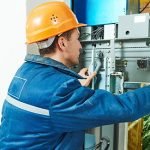 Editor’s note: This is part of a new series spotlighting promising career paths that are filled with opportunity — yet don’t require a four-year college degree.

Is your high school student eager to earn a salary? Does an AA degree, technical training, certificate, apprenticeship, or on-the-job training fit your family budget better than four years of college tuition?

If the answer is yes, there’s no need to panic about your child’s financial future. Dozens of high-paying jobs are available for high school graduates without a four-year college degree — and there’s an increasing need for all of the positions on this list.

Check out our 42 top career choices below, and present them to your daughter or son. All earn about $40,000 per year or more and have promising future job growth.

The list is followed by 10 “disappearing” occupations it might be wise for your teen to avoid. Data was obtained from the United States Department of Labor, Bureau of Labor Statistics.

While an average annual income of $56,790 for a high school grad with short-term job training sounds excellent, it’s not. The profession is drastically downsizing, by 28 percent, and massive layoffs are expected.

Foreign competition and new technology is crippling this factory profession that employs more than 1 million people. High school graduates with a few months of training can earn an average of $34,840 per year, but a projected decline of 13 percent between 2014 and 2024 is anticipated.

Cancel this journey! Job opportunities in this field are in freefall and projected to decline by 12 percent between 2014 and 2024. Plus, the pay averages only $36,460 per year. While only a high school diploma is needed to get started, don’t go there.

The future of this profession isn’t sparkly, with an average annual salary of $38,200 and an 11 percent decline in opportunities anticipated between 2014 and 2024.

Handling money might be thrilling for high school grads, and only one month of training is required for entry-level tellers, but the pay averages a paltry $27,260 per year. What’s more, the projected job “growth” is negative 8 percent between 2014 and 2024, which means 40,000 bank tellers will be laid off.

Farm and ranch labor has long been an option for rural high school graduates, but these job positions are projected to decline by 6 percent between 2014 and 2024. Plus, pay averages about $22,540 per year.

Lumberjacks need only a high school diploma and moderate on-the-job training to land this dangerous work, which pays an average of $37,590 annually. But employment opportunities are crashing like timber and projected “growth” is negative 4 percent between 2014 and 2024.

Blooms are beautiful, and selling them requires only a high school diploma, but this occupation is wilting. Pay averages about $25,850 per year, and the job outlook is poor with job “growth” projected to be negative 3 percent between 2014 and 2024.

Cutting, tanning, and stitching hide in this craft with an average salary of $26,040 per year is limping downhill. Projected job outlook is a lame negative 2 percent between 2014 and 2024. Plus, long on-the-job training is required at a trade school or community college is a prerequisite to launching this career.

Reeling them in is fun, and no formal education is required, but the average wage is an undersized $29,280 and jobs are scaling back with a 1 percent projected decline by 2024.

This is part of a new series highlighting post-high school pathways to success for teens whose plans don’t include four-year college. These are careers with great growth potential that don’t require a four-year degree. Read our career spotlights on dental hygienist, web developer, photography director, and radiology technologist.