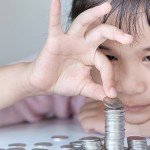 Your second grader and math under Common Core Standards

This is the perfect year to start teaching your child that time is money. Second graders build on their knowledge of measurements and place value to include dollars and cents.

By the end of second grade, here are the 7 math skills your child should learn:

Second graders become experts in addition and subtraction, being able to quickly and accurately add and subtract one- and two-digit numbers with sums up to 100. They’re also expected to memorize all the sums of adding two one-digit numbers.

Your child needs to use drawings and equations to solve one- and two-step word problems. Second graders use addition equations to find the total number of objects arranged in rows and columns, known as rectangular arrays.

Things get odd in second grade, with numbers that is. Students learn about odd and even numbers by pairing items or counting by twos.

Kids extend their understanding of place value to include the hundreds place. The number 352, for example, is made up of 3 hundreds, 5 tens, and 2 ones. Your child will learn to read and write three-digit numbers in a variety of ways.

Second graders use place value, drawings, and models to add and subtract within 1,000 by adding the hundreds, tens, and ones separately. They’ll use this strategy to add as many as four two-digit numbers.

How do you measure up?

In second grade, students use rulers, yardsticks, and measuring tapes to learn the standard units of measure: inches, centimeters, feet, and meters.

A student project may look like this: measure every student in the class in inches and centimeters and draw a bar graph, picture graph, or line plot to compare the lengths.

For example, this line plot shows how many kids are 46 inches, 47 inches, and so on.

Show me the money

Word problems get more complex this year. Not only will the second grader use addition and subtraction to solve word problems involving lengths (all within 100), they’ll tackle money math problems involving dollar bills, quarters, dimes, nickels, and pennies. Officially, this is the year kids are expected to learn the dollar and cents signs.

Your child will also watch the clock, learning to tell and write time to the nearest five minutes on digital and analog clocks.

Geometry takes many shapes in second grade. Your child will be asked to draw and identify the characteristics (think: number of sides or angles) of triangles, quadrilaterals, pentagons, hexagons, and cubes.

Second graders explore the concepts of area and volume by dividing rectangles into same-size squares and counting them to find the total number. 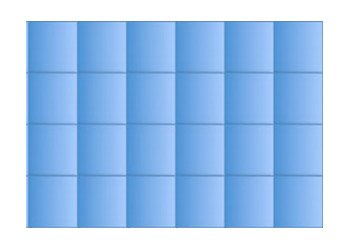 Some early concepts of fractions come into play, too, as students divide circles and rectangles into two, three, and four equal parts and describe them using the words halves, thirds, and fourths or quarters.

Do you give your child an allowance? This may be the last year to fudge on what you owe before your child understands that a single dollar bill is actually worth more than 2 quarters. Then again, it’s also an opportunity to help him really understand the concepts of quarters and halves.

Watch this Milestones video to see what understanding three-digit numbers looks like.