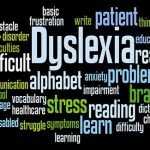 If a specialist has assessed your child for a learning problem, you probably have a report outlining the test results. Are you confused about the test results -- what they mean for your child? This article may answer your questions.

If your child was assessed individually by a specialist, you’ve probably received a written or oral report (or both) of the test results. Are you still confused about what the tests actually measured? Do you wonder what the results mean for your child?

Because different professionals and school districts use various tests, some tests are revised regularly, and new tests often become available, it’s impossible to mention every term you might find in a report. Here are some of the more frequently used terms in assessment reports. They are listed according to the specialist who most likely tested your child.

Kids with an articulation disorder have difficulty communicating effectively because they distort speech sounds. However, substitution of letter sounds in words is common at certain ages, such as /w/ for /r/ in “rabbit” to get “wabbit.”

Morphology: Changes in words, such as adding prefixes or suffixes, or changing the inflection of words when speaking

Prefixes and suffixes change words in predictable ways, e.g., when “s” is added to a word, it becomes plural and changes the meaning from one to more than one. Words with a common root share common meanings, e.g., since “talk” means to speak, adding the suffix “ed” to doesn’t change the meaning but defines when the speaking took place. (The suffix “ed” put the action in the past.)

Receptive language is listening, remembering, and understanding what someone else says.

Expressive language is the ability to organize thoughts and express them verbally to convey meaning to others.

Phonology: Speech sounds of the language

There are 44 phonemes in English, including sounds made by combining more than one letter, such as /th/. A letter can have more than one sound, such as the different sounds “g” has in “go” and “gentle.”

Social language involves at least two people. It includes the ability to maintain eye contact, understand body language of others, take turns in a conversation, stick to the subject, and use oral language appropriate for the situation (speaking quietly in church, not telling rude jokes).

Semantics: Word meanings and the relationships between words

In addition to understanding definitions of words, semantic knowledge includes recognizing words with the same or opposite meaning, for example, knowing “bucket” and “pail” mean the same or that the opposite of “hot” is “cold.” It includes understanding figures of speech, for example, knowing “waiting for the other shoe to drop” means waiting for the next related event to happen.

The ordering of words gives meaning to a sentence, e.g., an adjective comes before the noun it describes — “green grass” rather than “grass green” or a noun and verb change position in a statement and a question — “It is raining,” or “Is it raining?”. Correct grammar also includes agreement in a sentence between subject, what is talked about, and verb, what is happening, for example,”The girl went home,” instead of “The girl goed home.”

Math computation is the ability to manipulate numbers to add, subtract, multiply, and divide correctly.

Math reasoning, or math application, involves the ability to comprehend number, space, and time relationships. It includes understanding word problems in math, as well as the process required to solve them.

This is the ability to focus on and manipulate the sounds in spoken syllables without using letters. Poor phonemic awareness can make it difficult to process spoken language and lead to misunderstanding or misinterpretation of what has been said.

Phonics: Method of teaching the connection between letters and sounds by associating the symbols with sounds

The child must apply phonic rules when sounding out words and spelling them. For example, generally two vowels written together have a long vowel sound — “When two vowels go walking, the first one does the talking.” So when the letters “ai” are seen together in a word, the “a” says its name — has the long vowel sound. Knowing this rule helps a child read words like “nail” and “main.”

Reading comprehension: Understanding the meaning of what is read in connected text

In order to gain meaning from reading, a child needs to understand new vocabulary, follow the progression of a story, and understand the information. A sign of comprehension is the ability to explain or paraphrase what was read.

Reading recognition/decoding: Ability to decipher words by using knowledge about letters, sounds, and how to pronounce similar, familiar words

To correctly sound out the word “dot”, your child sees the word begins with the letter “d” and has the sound /d/, identifies “o” as a vowel with the short sound because it’s the only vowel in the word, and recognizes the word ends with a “t” and makes the sound /t/. Then the child must blend the sounds in the right order to say the word “dot.” For some words that don’t follow rules of phonics — “the,” “you,” “said,” “some,” “very” — a child needs to rely on visual memory.

Written language: Skills used to communicate with others through writing

Handwriting includes being able to form letters correctly, maintain appropriate relationships between letter and lines, and space between words.

Grammar and word usage skills require applying rules of grammar, punctuation, and capitalization and being able to spell words correctly. Proper names and the beginning words of sentences begin with capitals, and sentences end with punctuation marks.

Written expression is the ability to get thoughts and ideas down on paper in an organized form, using good sentence and paragraph structure. It involves being able to identify main ideas and supporting details and to communicate that information in a clear, engaging way.

Attention: Selective focus on what is important while screening out distractions

Ability to pay attention permits kids to listen intently to classroom instruction even though others in the class may be talking, feet are shuffling on the floor, or a plane is flying overhead.

Auditory processing: Given normal hearing, the ability to understand spoken language in a meaningful way

Cognitive skills usually are measured by an individual test of intelligence, sometimes called an IQ test. Cognition refers to perception, memory, and judgment and involves understanding language, numbers, spatial relationships, and time. It requires being able to generalize from past experience and use that knowledge to respond to new situations.

Impulsive children may act or speak without first thinking about how their behavior might make other people react or feel. They don’t consider other ways of behaving before acting.

Visual processing: Given normal vision, the ability to recognize and interpret information taken in through the eyes

Skills of visual processing include perceiving the position of objects in space and their relationship to other objects; identifying objects based on their color, form shape, pattern, size and position; picking out a specific object from a group of objects; recognizing an object although part of it may be missing; recognizing the whole object; and identifying the parts of that object.

Whenever you have a question about your child’s test results or need a specific term explained, contact the specialist who gave the test. This is the best person to explain the term and what it means about your child’s unique needs. Together, you can identify strategies to help your child succeed.