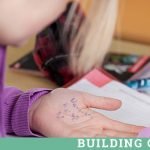 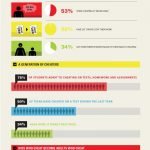 When honesty isn’t part of the curriculum

Honesty is part and parcel of integrity, fairness, and wisdom — and that needs to be spelled out for kids, at home and in the classroom.

Do you think there’s a difference between cheating and serious cheating?

According to a study, 71 percent of students don’t think copying from a website is “serious cheating.” This discouraging news comes courtesy of extensive reporting by Amy Novotney in an article called “Beat the cheat,” which was turned into an eye-popping infographic by Schools.com (linked here). Among other findings, the flowchart highlights these cheating-related facts:

Seriously, though, there’s such a thing as not “seriously” cheating in the academic arena? Since when, exactly? Sure, copy and paste are easy and useful, but this is scary: kids seriously don’t understand plagiarism. How could that be?

But it got me thinking about the performance-driven culture that we live in. Tests are the key to success – if you do well on them, that is. Good SATs get kids into elite colleges. But it’s more than that. Since the days of NCLB, we’ve been obsessed with high marks that no matter what your political views, the cold hard fact is that the pursuit of better scores has resulted in pressure on teachers, leading some to cheat. Most notably, the massive, orchestrated events in Atlanta and DC, for example, where administrators and teachers conspired to achieve higher test scores by ‘fixing’ [read: erasing] incorrect answers.

With that backdrop, enter New York Times Magazine’s stunning story about two schools – an elite, private institution and a go-go-go KIPP charter – which are trying to make character education an integral part of their curriculum following research which suggests certain character traits are key to kids’ academic success. According to the article, an 800-page book by psychology professors Martin Seligman and Christopher Peterson called Character Strengths and Virtues: A Handbook and Classification, which attempts to describe the “science of good character,” has played a major role in which character traits these schools have decided to support.

Total transparency: I’m pro character education all the way. But as I read the Times’ article discussion, I started to worry that some key character strengths — ones that I took for granted would be included — hadn’t made the cut. From Wikipedia, here’s the list of “virtues and strengths” advocated in this influential book:

Are you there, honesty?

Here’s what’s missing: HONESTY. It’s part and parcel to integrity, fairness, and wisdom – and I’m afraid cheaters (a growing segment of the population per infographic below) aren’t being taught this. I think it needs to be spelled out, highlighted, and glorified for all to see.

No doubt Martin Seligman – the founder of Positive Psychology, a movement to get psychologists to move beyond the medical model and study positive and healthy aspects of human behavior, has no intention of give short shrift to honesty.

But it worries me that we are prioritizing go-getter characteristics (like vitality and leadership) to the point of sacrificing others. Has honesty become road kill on the path to academic and lifelong success?