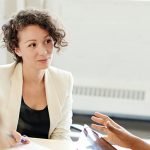 Advertisement
Parenting » School life » The new power parent: 3 who made a difference at their schools

The new power parent: 3 who made a difference at their schools

Motivated by a desire to improve schools, parents are creating a new level of partnership with schools and helping to make a difference.

Parents have traditionally been known to volunteer in the classroom or on the playground, help with homework, coach sports teams, fundraise and attend PTA meetings. All these activities are commendable and serve important basic needs of schools.

Yet a new brand of parental involvement is emerging, one that offers parental leadership to solve some of the more entrenched problems in our nation’s schools. Parents like the ones highlighted below are stepping forward to hold schools accountable, set higher expectations, and create programs that drive schools to improve.

GreatSchools.org set out to find real stories of parents making a difference. We sent out a request to subscribers of one of our newsletters to send us their stories of parents who had made a difference in their school districts. Once 50 parents had replied, the difficult task began of finding the best stories to share. These stories ranged from parents creating a stock market game to building a theater department for their schools. We highlight three here that impressed us as exemplary of how parents taking on a cause can have an impact on their schools.

Turusew Gedebu-Wilson grew up in Ethiopia where there was no school lunch program. Now, as a dietitian and mother in California, Gedebu-Wilson appreciates the breakfast and lunch programs in American public schools, but saw the need to improve their quality.

“Both breakfast and lunch are offered at my school and I had heard that they were not that great,” she says. As a dietitian, Gedebu-Wilson wanted to share her expertise with her children’s school, so she held meetings with the parents there to educate them on healthy nutrition. She arranged for them to visit the food service and sample the meals eaten by their children. She promoted the hot meal programs and the importance of good nutrition by writing articles for her school’s newsletter. She asked the food service personnel to give taste tests to the students. At the food service samplings she noted that, “The parents that actually made it — there was not much participation — were pleasantly surprised. It was an eye-opener for them. But they learned that there is a lot of room for improvement.”

Thanks to Gedebu-Wilson and other parent leaders, positive changes have been made. For example, breakfast used to be offered only once a day, but now a “second chance breakfast” is offered during morning recess for those children who cannot make it to the earlier breakfast. Also, more fruits and vegetables will be available this school year.

Gedebu-Wilson urges parents to volunteer in order to get to know the school staff and the principal better, and to show that you are solution oriented. She adds, “Your idea may not be famous, but don’t give up. Do your research. Look at what other people are doing elsewhere. There is a need for more nutrition education along with healthy foods and physical activity in schools. Positive lifelong habits start early in life, so as parents we need to be more proactive and more involved in our children’s lives.”

Gebhart decided to inspire other neighborhood parents to reclaim their school and do something that would improve the school for years to come. She met with the principal to discuss ideas and he suggested that the school library could use some attention. Gebhart had her mission. She and her group of preschool parents set out to raise funds for the school library, collecting $8,000 in the first year.

The next year, several parents in her preschool group had children entering the school. Eventually these parents became school leaders and PTA officers. They intensified their fundraising efforts for the library and raised another $25,000. Because of their vision and successful fundraising, the school will have a ribbon-cutting ceremony for their new library, called The Wonder of Reading Library, in March 2005. “It will be a renovated and restocked library,” she says. “We are combining two rooms to make it bigger. It will have computer stations and a reading amphitheater, also new tables, chairs and reading nooks.”

Gebhart believes that one of the most important aspects of parent leadership and any school improvement effort is “getting people excited about the project. Enlist community and neighbors and do it before they go to the school. Get people excited about investing in their neighborhood school.”

MaryAnne Motter Cullen, a Pennsylvania mother of nine children, was suspicious when a consultant hired to help improve the district’s middle schools wasn’t making things any better. Her daughter’s middle school, an inner city school, had plenty of persistent problems, such as discipline issues and dirty restrooms with no toilet paper. Something didn’t feel right about paying a consultant large sums of money to fix things when nothing seemed to improve.

She began to question the district’s spending on consultants. She also sought information from the district on who was being hired and how much they were being paid. Using the Pennsylvania Right to Know Law, she was able to access the district’s financial records. Cullen discovered that the superintendent was hiring his friends and family as highly paid consultants for doing next to nothing. She says the local newspaper also uncovered the district’s massive misuse of credit cards.

Under mounting public pressure, the superintendent denied that one of the consultants he had hired was his brother-in-law, as alleged. At this point, the state Auditor General got into the act and launched an investigation, revealing that this particular consultant (who was receiving $1,500/day) was indeed the superintendent’s brother-in-law, with a criminal record to boot.

It took some time, but as a direct result of what Cullen had uncovered, the superintendent resigned. An internal audit team from the district found more evidence that the superintendent paid other relatives, including his wife, as consultants. Currently the FBI and the Pennsylvania Auditor General’s Office of Special Investigation are pursuing the investigation further.

All the effort was well worth it, Cullen believes, although she says, “I was persona non grata among some status quo people, but lots of other people are saying thank you.”

8 ways you can make a difference

Becoming a parent leader need not require superhuman energy and boundless amounts of time. Some basic rules of thumb have helped others to take on projects that have benefited their children’s schools and, in the process, caused a ripple of positive change to roll outward into the district and the neighborhood. Here are guidelines on becoming an effective parent leader striving to make a difference at your school: