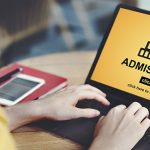 Some colleges accept applications and admit students on a rolling basis rather than after a set deadline. Here’s what parents and teens need to know about rolling admissions.

By spring of senior year, it feels like the college admissions process is over. Most college-bound students have submitted their applications and received letters notifying them of their acceptance, rejection, or waitlist status. By May 1, most will have committed to the college of their choice. But, of course, that’s not the case for everyone.

Some seniors are headed to community college, so they’ll register and enroll in the summer, fall, or later. Others may be planning to apply to a college with rolling admissions.

The majority of colleges have a set deadline for applications (or two deadlines for two rounds of applications), which are referred to as regular decision and early action and/or early decision deadlines. For most colleges, the regular decision deadline falls between November 15 and February 1. Increasingly, many private colleges and universities also have early action and/or early decision deadlines, which typically fall between October 15 and December 1. Applicants who apply early usually find out whether or not they got in by the middle of December. Applicants who apply regular decision usually find out if they are admitted between March 1 and April 1 and must commit to the college of their choice by May 1.

Some colleges and universities have taken a different approach to application deadlines: they’ve opted for rolling admissions. A college with rolling admissions typically has a window of time that opens up early in the fall and stays open until sometime the following spring or summer, or until all openings in next year’s freshman class have been filled. For example, under the rolling admissions policy at Cambridge College in Boston, MA, students’ applications are processed and reviewed as they are received. Processing takes about a week or two, and students are notified of their admission on an ongoing basis.

If a student applied to the colleges on his list early or regular decision and didn’t get in anywhere, schools with rolling admissions can be a godsend. Case in point, Michigan State University in East Lansing, MI, has an early action deadline of November 15, a regular decision deadline of February 1, and they have rolling admissions after February 1. Students who apply early will have the maximum opportunity for scholarships and financial aid. However, so long as slots are still available, students can apply throughout the spring and into the summer.

What are year-round admissions?

Some students may be planning to work in the summer and fall to earn money for college. Some schools, such as Purdue University in West Lafayette, IN, allow students to apply to start in the spring rather than the fall. In this case, they advise students to submit their application “as early as possible prior to the start of the term.” This means they can submit an application over the summer or even next fall to be considered for the following spring. (Still others, like U.C. Berkeley in Berkeley, CA, admit some students for a spring semester start, but that’s a bit different in that those students still applied regular decision and they find out in their acceptance letter that they are admitted for a spring start.)

If rolling admissions appeal to you or your teen for any reason, ask the school counselor to suggest schools that offer this option that may be a good fit for your child. You can also find lists (like this one) of colleges with rolling admissions online, just be sure to verify the information on the college’s official website.