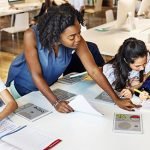 What the Every Student Succeeds Act (ESSA) means for your child

From standardized testing to student support, a new federal policy is about to reshape some key elements of America’s schools. Here’s what you need to know.

The Every Student Succeeds Act (ESSA) became law in December 2015 and is the most expansive federal policy in K-12 public education. ESSA replaces No Child Left Behind (NCLB), which was best known for its high-stakes standardized testing requirements. Because ESSA removes many of the dramatic consequences to schools tied to test scores, it may change the way your school uses tests. Your testing opt-out rights may also change.

But standardized testing is just one of the issues that ESSA affects. Elements of ESSA will influence your child’s access to quality charter schools and change the way states measure your school’s and teachers’ success. ESSA also builds new support systems for English learners and students with learning disabilities, while relaxing testing requirements for those students.

ESSA also aspires to make charter schools responsive to parents’ voices by requiring federally funded charters to show how they will consider parents’ input. This is an issue of particular concern when the charters are big chain schools without local roots. Encouraging parental engagement is one way ESSA intends to promote responsive charters that are reflective of their communities.

How schools are accountable

ESSA is likely to change the way your state measures your local school’s success. State and district report cards are public reports designed to show how well a school or district prepares students to graduate and how many graduates go to college, using indicators such as high school graduation rates and reading and math proficiency. Under ESSA, states will choose a new measure of school success to add to their report cards, such as student attendance, school safety, or student engagement. States and districts will be required to involve parents in planning the report cards and to make sure the data they include is informative and easy to understand.

These changes to state and local reporting standards are meant to make schools more transparent about what students are learning and whether they succeed. As charter schools and options for school choice expand in many states, this information may be increasingly useful in helping you choose your child’s school.

What about standardized tests?

Under ESSA, test scores are no longer tied to high-stakes consequences to schools such as funding loss and school closure. So, even though ESSA requires the same amount of testing as NCLB, it is expected to cut pressure on teachers to “teach to the test” in their classrooms.

The new law also lets states and districts use federal funds to review all state and local tests to make sure students aren’t over-tested or taking multiple tests on the same material.

If you are still concerned about testing, ESSA allows parents to opt their children out of state tests for any reason. Although there is still a federal requirement that 95 percent of students participate in tests, states can decide how rigorously they enforce that mandate when they design their accountability formulas.

New support for English learners and students with learning disabilities

One of the best ways to get the most from ESSA is to make your voice heard in the planning process and advocate for your child’s needs. ESSA makes parent participation a priority and was designed to allow parents to contribute diverse perspectives. You can take action by speaking out at public meetings hosted by your school or your board of education, and by asking your school’s leaders what steps your district is taking to implement ESSA. Grounded in collaboration, ESSA counts on states, schools, and parents working together to build better places for students to learn.