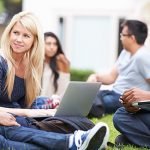 What I wish I’d known: Advice for first-to-college freshmen (and their parents)

Is your teen headed to college? These students remember what their first year was like — and have insight to share.

As your teen prepares for college, you’re both likely feeling some apprehension along with the excitement. What will college be like? Will they make friends? What if they can’t keep up with the work? Starting college is daunting for everyone — but can be especially so for students who are the first in the family to attend college. Your teen is about to make a major life transition, one that you can’t completely relate to. To help your teen, we turned to the experts: first-to-college students who’ve been down this path. Here’s their advice.

University of Montana (UM) junior Zaira Sanroman encourages incoming freshman to reach out to future classmates on social media. “Add yourself to your class group on Facebook,” she says. “I met a lot of people that way before I even got to campus. Follow your school on Instagram, and you’ll hear about all kinds of campus events.”

After your teen commits to a college, they’ll likely receive an online roommate selection questionnaire (if they haven’t already). This questionnaire is worth thinking about and answering honestly because it’ll help the college match your teen with someone who has similar habits and interests. “Fill out the form carefully. Be 1000 percent honest,” says Sanroman. “That’s your best bet to get paired with a roommate who is compatible. I loved my freshman year roommate, and that really helped me adjust to being so far from home.”

As your teen considers housing options, it’s a good idea to really think about what it means to share living and study space with multiple people. “My philosophy about roommates is that less is better,” says Jeremiah Ets-Hokin, a recent graduate of Humboldt State University (HSU) in Humboldt, CA. “I found that the more roommates you have, the tougher the communication and the more frequent the problems. It is a lot easier to build a good relationship with just one other person.”

To head off problems, Xiu Ying Li Yu, a junior at the University of California at Berkeley (UCB), signed a roommate contract and advises new freshmen to do the same. A roommate contract (mandatory at some schools, optional at others) is just what it sounds like: an agreement between roommates about everything from quiet hours to cleaning duties. Yu says all freshmen should complete the contract during the first week of school. “No one wants to spend freshman year dealing with roommate drama,” she says. “Filling out this form will ensure that your roommates and you are on the same page, as well as creating space for conversations for any issues that you might encounter.”

Find (and expand) your community

Getting involved in campus activities — whether it’s the Quidditch club, an animal rescue group, or the intramural soccer team — is the best way to meet other people and build a community.

Ets-Hokin, a marine biology major, joined the diving program at HSU. “It was great to get a break from homework and have that regular physical activity, and to meet other people who like diving, too,” he says. “Even if you have a group of close friends, it’s great to know more people on campus.”

“College is the place to explore new cultures, environments, and activities,” says Yu. “Whether you are trying Bollywood dancing or coding, there’s always a first time for everything. I recommend joining clubs and classes that you would never expect to be a part of. College is really boring without a community. By being active, you will find one, if not many!”

Take care of yourself

Berkeley student Yu says self-care is extremely important in college — especially when things get stressful. “Whether you are pulling an all-nighter to cram for an exam or skipping meals to finish that research paper, it’s important to stop for a moment, take a deep breath, and check-in with yourself. Without good health, you won’t be able to have energy to perform well in your academics.”

Her self-care suggestions are all about taking a break. “Get some ice cream with friends, or watch some Netflix, or take a nap,” she says. It’s hard to give yourself me-time with deadlines looming, she says, but research backs up the idea of taking a break to perform better (in whatever you do).

Many students are embarrassed to seek support — whether they’re having trouble in class or simply feeling blue — but colleges have resources for precisely those purposes.

Rene Garcia, a student at Ohio Wesleyan University, urges freshmen to seek help right away because “transitioning from high school to college academics can be a wake up call,” he says. While he found talking to professors daunting at first, it’s been worth it to overcome that fear. “It’s a skill that has helped me succeed in my most challenging classes,” he says. Plus, “professors are typically nice, human, and love to help!”

“When I got to college, I didn’t occur to me to ask for help,” Sanroman says. She recommends visiting the college health clinic if you’re feeling homesick or blue. “I have anxiety, but I was too intimidated to go to the clinic my freshman year. I didn’t want to admit that I had a problem,” she says. When she finally went junior year, she felt relieved and supported. “Everyone thinks they are the only one struggling,” Sanroman says. “You aren’t. Everyone is feeling the same way, and if you reach out to other people, you’ll figure that out right away.”

Be your own advocate

Beyond asking for help when you need it, Ets-Hokin encourages freshmen to take charge of their own education, a skill many students don’t learn in high school. His freshman advisor instructed him to sign up for several classes he didn’t need, which extended his time in college and taught him to step up. “After that,” he says. “I found out that you can pick a new advisor or get into the classes you want, if you’re willing to advocate for yourself and deal with the bureaucracy. For me, learning to push for what I needed, versus just rolling over, was the biggest college learning curve of all.”

Choose a major you truly care about

Yu says that she knows many first-generation college students whose parents pushed them to pick majors that would prepare them for highly-paid professions.

That describes Sanroman’s parents — at least initially. “My parents wanted me to do business, or take science classes and become a doctor. They wanted me to study something that was a safe bet,” she says. “They know what a doctor does and what a businessman does.” But after taking business classes freshman year, she really wasn’t happy. So she switched to Sociology with an emphasis on criminology and social justice. She’s not just happier — now she loves what she’s learning. “I think a lot of first-generation students study what their parents want them to, not what they are passionate about,” she says. “My parents were disappointed when I switched,” she admits. “They don’t know what a sociologist does, but I think they appreciate how engaged I am in what I’m learning.”

Like Sanroman, Yu urges first-to-college freshmen to follow their passion when choosing a major. “These decisions should be made by students,” she says, “and parents need to be supportive of these decisions.”

The first days — and even months — of college are certain to be overwhelming at times. In an entirely new environment surrounded by new people, learning a dizzying amount of new information, and replacing familiar routines with new ones. Don’t be surprised, then, if your teen experiences many ups and downs as they get used to life as a college freshman.

“It is okay to be nervous,” says Garcia. “It is exciting and can be overwhelming since it is a fresh start, where everything has changed.”