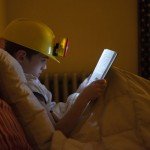 Advertisement
Parenting » Attention disorders » What is the relationship between ADHD and self-control?

What is the relationship between ADHD and self-control?

Kids with ADHD can seem spaced out one minute but hyperfocused the next. Learn why this occurs — and how trouble with self-control is at the heart of this paradox.

Parents and teachers report that although children with ADHD are not supposed to be able to pay attention, there are many activities or situations during which their attention span appears focused, if not even more focused than unaffected children. If ADHD is a problem of paying attention, how is this possible?

Problems sustaining attention are not the cause, but one consequence of ADHD. If you provide a child with ADHD with a roll of coins and bring her to an interesting arcade, that child “pays attention” quite well. In fact, in some cases, kids with ADHD may sustain activities of interest, such as computer games, longer than unaffected children do.

What is it about the condition of ADHD that leads to this phenomenon? The fact is kids with ADHD have trouble paying attention in only some situations. These are situations in which they must bring online increased self-control and effort in order to remain attentive. Such situations are repetitive, effortful, uninteresting, and usually not of the child’s choosing. When these situations do not provide immediate, frequent, predictable, and meaningful payoffs or rewards for completion, children with ADHD struggle even more. Keep in mind that all of us struggle to sustain attention and effort in these types of situations.

What is it unaffected kids do to function in these situations that those with ADHD appear unable or incapable of doing? The answer: self-regulate. Self-regulation or self-control must be brought online in these types of circumstances.

Self-control allows human beings to think, plan, and organize; to open a window between experience and response; to not be locked into a first response when faced with problems; to separate thought from feeling; to carefully consider alternatives; and to sustain effort and focus, even in the face of frustration or boredom. Although the clinical term for the condition still contains the words “attention” and “hyperactivity,” it is increasingly recognized by researchers and professionals that these are consequences of delayed or faulty self-control. Even parents of children with ADHD are quick to comment that there are many situations or activities during which their children appear to pay attention quite well, even if they respond thoughtlessly or impulsively while engaged in those activities.

As scientific research emerges, defining problems with the development of self-control as the core deficit in children with ADHD, a better understanding of treatment is also developing. Medications used to treat AD/HD do not necessarily improve attention. They increase self-control leading to sustained effort, focus, attention, impulse control, and enhanced capacity to manage physical activity. Stimulants, in fact, do not reduce hyperactivity but stimulate a center in the brain that human beings use to govern and regulate themselves. It is for this reason that stimulants, such as caffeine, are popular in our culture because even unaffected individuals many derive some small benefits in regards to enhanced self-control.

We now recognize, however, that while stimulant medication may reduce immediate symptoms of ADHD, the medication alone does not appear to contribute to positive, long-term, adult outcomes for these children. Programs are being developed to help kids during their formative years experience increased opportunities to learn and develop the self-control so essential and necessary to become a productive member of society. Presently, the programs that I am using have been developed by Dr. Myrna Shure. These are set in a usable framework in her three books, Raising a Thinking Child, Raising a Thinking Preteen and I Can Problem Solve.