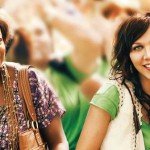 Won’t Back Down: a movie review

Hollywood takes on education reform in this new movie inspired by real events — but is it more true story or tall tale?

There is a moment early in Won’t Back Down, when Jamie, a poor single mother whose daughter is struggling to learn to read in a classroom with a lazy, cynical teacher, has gone to the school to complain.

She gets the ultimate brush off: some kids just won’t measure up, she’s told, and hers is one of them. “Everybody can’t rise to the top, I’m afraid,” quips the weary educator.

It is then that Jamie, in her skinny jeans and down-market eyeliner, utters a line so effective and so emotionally manipulative that I found myself weeping and cringing at the same time — and only a few minutes into the movie, dammit! – a line that could be the slogan for all parents engaged in the battle for their children’s education.

“You know those mothers who lift one-ton trucks off their babies? They’re nothing compared to me.”

So begins this star-dusted quasi-fictional revolution: one angry mother, one failing school, and a boatload of education politics. Won’t Back Down, which premieres tonight as part of Education Nation, NBC’s annual education summit, promises to be the Silkwood — the 1983 film about Karen Silkwood, who blew the whistle on the plutonium plant where she worked — for education reformers. It’s got the kind of star power that makes audiences sit up and pay attention like good pupils. Viola Davis (who starred in The Help) plays the teacher who partners with single mom Maggie Gyllenhaal to turn around a broken school in inner-city Pittsburgh, while Holly Hunter, the salty dog union leader, is torn between her professional loyalties and her growing disillusionment with union politics. It’s got that righteous story line of the little guys fighting a monstrous system and the small-minded people who guard it. And like Silkwood, the story is inspired by real events if not a real person: recent legislation — known as parent trigger laws — in a few states now give parents unprecedented power to take over low-performing schools.

But like any Hollywood flick, it doesn’t let reality (or the lack of it) get in the way of the narrative arc. What’s different about this story is that the real events are not part of the past, but unfolding as we speak. When Meryl Streep’s Silkwood glanced in that rear view mirror portending her death at the hands of thugs hired by the plutonium plant she was investigating, the film offered an interpretation of past events, not a salvo in a current political struggle. Won’t Back Down, however, offers an alternate reality of a history in the making.

No group of parents has used the Parent Trigger laws to complete a school turnaround, but there are a couple of efforts in the works. The struggle that’s furthest along is a small school in the middle of California’s Mohave Desert called Desert Trails, where parents gathered enough signatures to turn a low-performing elementary school into a charter school, won a court case against a resistant district, and now are waiting for that court to enforce the law against district employees who have refused to obey the court’s ruling. Moreover, the real parent trigger law differs from the one depicted in the movie in that it solely requires participation from parents whereas the law in Won’t Back Down also requires 50 percent participation from the schools’ teachers. Because a school takeover may include firing all the teachers, this makes it even more difficult to achieve.

The combination of immediacy and Hollywood-license makes Won’t Back Down both more potentially exciting for parents and all the more confusing. It also makes it more polarizing. Where the movie will no doubt dismay those who dismiss the argument that teachers unions, negligent teachers, and self-serving bureaucrats are the mountain between where we stand and the promised land of great public schools, ed reformers will see a rousing call-to-arms in the form of a fictional Waiting for “Superman”.

“It’s a unique situation because it’s a movie that parents can walk out of and immediately participate in,” explains Ben Austin, the architect of the parent trigger law that inspired the movie.

The film has drawn fire from critics who decry its “union bashing” narrative and point out that the film was green-lighted by a highly partisan crowd. Philip Anschutz, a big supporter of conservative causes, owns Walden Media, the maker of the film.

Indeed, as one seasoned ed reformer and former Teach for America (TFA) teacher with whom I watched an early screening put it, Won’t Back Down offers “every education reform cliché there is.” There’s the lottery scene for the new charter school, where the principal asks the sea of desperate parents, “Are you angry?” and gets them chanting, “We will not wait!” There’s the Kafkaesque process that Jamie encounters when she first tries to get an appointment with the district to start a new school and hears it may take 3 to 5 years. There’s the young, hunky TFA teacher who gets his kids singing their curriculum in hip hop line dances juxtaposed against the soon-to-retire teacher who reaps the most benefits from the teacher’s union rules, which privilege seniority over skill, while her students learn squat. There’s the tony private school where the local board of education members send their kids. And there’s the mother whose dawning realization of her own child’s academic struggles galvanizes a movement.

And this is where sometimes accurate clichés move more toward fantasy. It’s not that parents concerned about their own child’s struggle can’t turn into public school spark plugs like Jamie. They can — though far more often, they vote with their feet and move schools. But even those parents who have become ed reform warriors don’t do it alone.

Indeed, there is one very important character missing from Won’t Back Down — and that’s Ben Austin himself. As the creator of the parent trigger law (“it was my idea,” he told me) this seasoned Democratic activist has fueled the parental political movement in ways that are hard to underestimate, but perhaps boring to immortalize on the silver screen. His “Parent Revolution” campaign not only drafted or provided inspiration for legislation that has put power in the hands of parents in California, Texas, and Mississippi (with bills in 20 other states pending), but it trains and supports those parents as well.

“I thought it was prank call,” explains Austin, referring to the phone call he received explaining that a movie had been made about the parent trigger. Though his opinion of the movie is overwhelmingly positive — “a good movie cinematically and in the way in which it approaches a very complex issue” — he characterizes it as a G-rated version of the actual events.

“My critique of the movie is that it doesn’t depict the harsh reality. As dramatic as the movie is, it makes it look way too easy.”

Although early critics of the movie (who mistakenly interpreted scenes from the trailer) suggested that Hollywood had overplayed the drama, Austin contends the filmmakers didn’t come close to showing how ugly these parent trigger campaigns can become. At Desert Trails, there have been accusations of district officials forging documents, threatening to turn undocumented parents over to the Immigration and Naturalization Service (INS), and refusing to follow court orders. (One Board of Education member recently announced at a hearing: “And if I’m found in contempt of court, I brought my own handcuffs, take me away. I don’t care anymore.”)

“If you’d have put any of this in a movie, no one would have believed it,” says Austin.

Indeed, even one of the film’s most Hollywood rip-your-heart-out moments — when Jamie’s daughter experiences mistreatment from her teacher, presumably because of her mother’s activism — pales in comparison to Austin’s tales from the trenches. He claims that at one school children were denied access to the bathroom, so they’d wet their pants and then be sent to the nurse to wait for their parents to arrive with clean clothes. “The school nurse was in charge of the rescission campaign to get parents to remove their names from the parent trigger petitions, and would then pressure parents when they arrived with clothes for their child,” he claims.

Whatever your politics, if you are parent of a child in a public school, this is a movie worth watching. You may love or hate it — or some strange mixture of both depending on your politics and stomach for Hollywood gloss, but it’s nothing if not a good conversation starter about the battle taking place over the future of our public schools. It’s also history worth watching: this October 5, the parents at Desert Trails will be back in court asking the judge to enforce the order that’s already been issued. If that happens, it may become the first time in American history that parents have quite literally taken over their school.