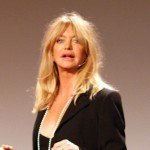 When I was a graduate student at UCLA, my part-time job had me driving my dented VW Rabbit to mansions in Beverly Hills, Brentwood, and other lush Los Angeles neighborhoods a few times a week. The routine seldom varied: at the door, I was greeted by a clipboard-wielding personal assistant, who led me to a hushed, paneled library. There, amidst sun-dappled, 16th century furniture, snacks artfully arranged on fine china, the spawn of some celebrity awaited me — in utter despair.

My job was to perform academic triage — to bandage their intellectual holes and inoculate them with SAT prep tests. These kids had it all: exclusive private schools, enrichment activities ad nauseum, and an army of attendants catering to their whims. Yet my pupils appeared even worse off than average teens I’d known — I wasn’t sure why. Like the inner-city teen mothers I also tutored, they had gaps in the places where there should have been knowledge. The 16-year-old daughter of a famous jazz musician who attended one of the most prestigious private schools on the Westside in LA stopped dead when she saw the word “subtle” during the verbal portion of an SAT prep exercise. “I’ve never heard that word before,” she said.

How could a person spend 16 years in this English-speaking country and not have heard the word subtle? A 16-year-old son of an A-list movie star didn’t know the definition of the word, “elite.” I recall glancing around the room in search of tangible examples. Everything in the room was elite and so, in effect, nothing was. Without the discernment that comes with an education, even the ba-zillion dollar Cezanne over the mantle meant precious little.

Over time, I realized these kids were not growing up in the world I understood, but their own special planet of privilege and neglect. Like the teen mothers I worked with, their own mothers and fathers were in scarce supply. During the weeks and months spent with these kids in their homes, I never once met or saw a parent.

So it was with some skepticism that I picked up actress Goldie Hawn’s new book 10 Mindful Minutes. What could a celebrity have to teach me about spending quality time with my child? Besides, Hawn isn’t just the Golden girl of forever-young diatribes on Oprah, she’s also my former employer. She’s the mother of the teenager who didn’t know the meaning of the word “elite.”

Why she never took a single mindful minute to meet her child’s high school tutor I’ll never know (Lord knows what my child’s babysitters have to recall about me), but 10 Mindful Minutes is far more than what I presumed: a celebrity navel-gazer telling the rest of us about how to be better parents. To be clear, it is that. There are plenty of self-congratulatory passages about Hawn’s superlative mothering instincts. (The love and fun never stops in that house, but there’s scant mention of nannies.) But for all its flaws, Hawn, along with her smaller-font coauthor Wendy Holden, have created one of the most thoughtful parenting books in circulation. 10 Mindful Minutes seeks to address a significant need — children’s mental and emotional health — with (dare I say it?) a brilliant idea: blending latest findings from psychology and neuroscience with eastern mindfulness practices to help kids help themselves.

The book is based on the Hawn Foundation’s in-school program “MindUP,” whose mission is to help children “develop healthier, happier lives.” Seeking to treat a whole schmorgasbord of modern childhood ills — high rates of suicide, rising rates of depression, high drop-out rates, increased stress-levels, findings that American children are the second least happy children in the world — the program teaches kids child-friendly fundamentals of brain functioning along with techniques for quieting the mind, focusing attention, and building pro-social attitudes like optimism and gratitude.

According to the web site, the program has been implemented in hundreds of schools across North America by teaching teachers a curriculum that combines everything from breathing exercises and gratitude journals to scientific explanations of the pre-frontal cortex. The goal of the multi-faceted curriculum is to help kids understand and ultimately develop essential social-emotional skills like empathy, self-control, anger management, self-soothing, and concentration. Studies of the program (some funded by the Hawn foundation) have produced promising findings, including better reading scores, less absenteeism, high levels of working memory, and lower stress hormone levels. (Check out the video to see glimpses of the program in action. My favorite part: the teacher explaining that now her kids analyze storybooks in terms of whether a given character is using his pre-frontal cortex.)

Drawing from this classroom-based curriculum, the book offers a primer on brain functioning, positive psychology, and the benefits of practices such as meditation. Embedded in these explanations are 10-minute lessons that parents can use to help their kids understand what’s happening when they have a homework meltdown or how they can calm their mind after a nightmare. There are chapters on brain anatomy and various mindfulness practices, as well as happiness, gratitude, anger, sadness, fear, and kindness. Woven throughout, Hawn peppers the text with anecdotes from her own life: comforting her kids after an earthquake that struck when she and Kurt Russell were out of town, bonding with a Tibetan boy that she has since stayed in touch with, and watching a boy on a playground unable to wrest his mother’s attention from her cell phone.

A crash course in emotional intelligence

What’s great about the book: the advice is based on solid evidence about how the mind works and the best practices that have emerged from positive psychology and cognitive neuroscience. In developing these ideas, Hawn partnered with an impressive army of experts including cognitive neuroscientist Adele Diamond, “Flow” author Mihaly Csikszentmihalyi, and neurologist Helen Neville. It’s stuff we parents need to know. We have the power to teach our kids to be grateful (and why that’s important), or how to talk to a child who is completely stressed-out about the test the next day.

Every parent also needs skills to help themselves take a proverbial chill pill when family life spirals out of control. What I did try from the book actually worked: one activity has parents teach their child about the amygdala – the “guard dog” of the brain that always responds with a fight or flight response and sometimes gets us into trouble. After I had this talk with my younger daughter, she loved the metaphor of the guard dog and mentioned the ‘mygdala when telling a story about a classmate getting mad in her classroom.

Parents, the only people that can fix civilization

What’s difficult about this book is that it presents what can feel like an overwhelming task: it’s a lot to learn, as well as to teach. I’m already steeped in this stuff and I have a child with insomnia who desperately needs techniques for quieting her mind, but have I found the mindful minutes I need to help her create a new habit? I hang my head in shame.

That’s the thing about parenting. We are all victims of our urges, emotions, and impulses. Indeed, almost every societal problem is the result of people not behaving with enough self-awareness and self-control to act responsibly. But children are at a particular disadvantage. Unlike the rest of us, kids have had fewer years on the planet to observe how our minds sometimes make us do things our minds later regret – whether it’s yelling at a friend or eating three pieces of cake.

The good news is that parents are children’s best bets in learning these lifelong lessons. We can help our children find peace of mind through knowing their own minds: thanks to Hawn we’ve even got a step-by-step manual to do it. That it’s up to us to make it happen is also the bad news. But like so many of the biggest educational challenges facing our children, it’s really all up to us, the parents, to not just read (or write) the book, but be mindful enough to make it happen.