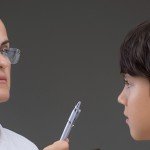 Versión en español
Advertisement
Parenting » Education trends » What happens if you get a bad teacher?

What happens if you get a bad teacher?

How to cope when your child's teacher is out and out terrible.

When I learned my daughter had been placed in Miss W’s second grade class, I began hearing whispers around the playground. There were complaints of strange punishments — something called “the walk of shame” — and of students being yelled at and publicly humiliated. It was also rumored that she was running a boat-parts business off her laptop and cell phone during class time.

“What class is Anna in?” I asked the mother of my daughter’s best friend. Her older daughter had already graduated from the school so she knew the terrain well. “The other one,” she said with a bright smile, not elaborating. But I knew what she wasn’t saying.

Most schools have them: Teachers whose reputations precede them in the worst possible way. Some such reputations are wholly unearned. Just as the most popular teacher is not necessarily the most effective, so too the cranky school marm may turn out to be an educational rock star. But other bad raps reflect a sad reality: There are bad teachers roaming the schools of America and every year countless kids must endure their whims.

There are bad doctors and bad garbage collectors, why should teachers be any different? Still, they occupy a special place in the occupational world. Lifetime tenure and a flaccid evaluation process can conspire to keep terrible teachers in the classroom until retirement. Firing a tenured teacher is a complicated and expensive process, involving months and even years of hearings and appeals, and thousands of dollars in legal fees.

Once they are installed in their classroom, teachers wield prodigious power over the students they teach. This vast sphere of influence makes teachers godlike in the best possible way; it can also translate to catastrophe for a young child’s education.

Yes, I know. To say teaching is challenging is an understatement. Given a big class full of diverse, often squirmy, students in an underfunded public school, even the best teachers are stretched to their limits — intellectually, emotionally, and organizationally. There are so many ways to fail. As Tolstoy might have said: Every ineffective teacher is ineffective in her own way.

My daughter survived Miss W’s class, but many of her classmates didn’t fare so well. A boy who was not allowed to go to the bathroom during class time got so nervous he ended up peeing in the car after his mother picked him up, and needed psychotherapy after reverting to bed-wetting. A girl became math phobic and required months of private tutoring to get back on track after Miss W publicly yelled at her to “cut out the nonsense” when she handed in an error-strewn math quiz. Another child, who was wrongly accused of stealing pencils and made to do “the walk of shame,” spent every morning weeping and refusing to go to school. (For the “walk of shame,” a child had to walk around the classroom while other students, egged on by Miss W, glowered to make her feel bad about her transgression.)

For each of these tales of terrible teaching, no matter how savvy the parents were, there were no easy answers — and plenty of pitfalls. Regret was a common theme. Parents prefaced their stories with, “I wish I’d done it differently,” or, “If I’d only known.” Advice from educators, parent advocates, straight-from-the-trenches teachers, and expert pundits produced a smorgasbord of responses.

Some experts and parents suggest that not only is the bad teacher experience probably inevitable, it’s actually a blessing in disguise.

Tiffany Andrews, coauthor of Sincerely, the Teacher, a book of advice for parents from a teacher’s perspective, recommends that parents use the experience as a “golden opportunity for a student to learn how to adapt.” Mother and parenting writer Loulie Scharf suggests that it’s a good chance to teach kids that, “you get what you get and you don’t throw a fit.”

A less-than-effective teacher may not lay waste to a child’s entire education, but parents who have had more than one negative experience — or a truly nightmarish teacher — may not be willing to look for the silver lining in the maelstrom of their child’s misery.

To broach or not to broach

For many parents, the first question is whether the chance of upsetting the teacher or administrator is worth risking the child’s standing. “I think I’m going to complain anonymously,” confided a colleague grappling with whether or not to confront her son’s English teacher. After she went on Ratemyteachers.com and read multiple tales about the teacher’s vindictiveness, she made her decision to go incognito and leave a message at the principal’s office.

Most experts I spoke to contend that parents shouldn’t shy away from openly raising concerns, but they also advise planning the approach with all the strategy of a guerrilla general. First, parents need to make sure they have the right intelligence.

“Take all information from your child with a grain of salt,” says principal Steve Perry, CNN education correspondent and author of Push Has Come to Shove: Getting Our Kids the Education They Deserve—Even If It Means Picking a Fight. “Kids do some stupid things and they sometimes blame the teacher,” he points out.

Once you’ve established the basic facts, or at least your child’s version of the facts, set up a meeting to communicate your concerns, without your child. “It’s an adult conversation,” Perry says. “Children don’t belong in the back and forth.”

Because parents are at a natural disadvantage, Perry recommends that they plan carefully for potentially difficult conversations with a teacher or principal. “Schools are like car dealerships,” Perry says. “When you go to a car dealership, I don’t care how much research you’ve done, the car salesman always knows more than you do.” He recommends that parents dress professionally, and bring someone to referee who has your best interest at heart. “Treat the meeting like a business meeting: Send an email in advance, communicate concerns, be precise, solution-oriented, document everything, and then go up the chain of command.”

Elaine Meyers, a reading specialist and the founder of READS, recommends first doing a close analysis of the teacher and figuring out exactly how he’s ineffective.

“Less-than-desirable teachers fall into three categories: the fluffy, the boring, and the mean, and each requires a distinct response,” Meyers says. Boring teachers, she says, read from the curriculum script and are “just deadly.” Children with a boring or unchallenging teacher need parents to fill in the learning gaps with extra-curricular activities, tutoring — whatever it takes to help their child get excited about learning.

Fluffy teachers, Meyers says, show movies or tell personal anecdotes when they should be teaching. “For this kind of teacher, begin by asking to see the curriculum and look up the Common Core Standards to find out what your child should be learning. This will send a message that you are informed.” Meyers acknowledges that such situations may also require parents to fill in the learning gap outside of class. Even homework duties may fall to the parent: “If you have a teacher who doesn’t mark the homework, you should be the editor, check homework, AND be the ‘rewarder,’ offering stars or praise.”

In these difficult conversations, psychologist Jennifer Powell-Lunder, co-author of Teenage as a Second Language, suggests presenting concerns as issues that require clarification, as in, “‘Mrs. Smith, I need your help. I am a little confused about something. Johnny said ______, but I think he may have misunderstood. Can you explain it to me?’ This gives the teacher an out for an inappropriate comment; it also implies that her approach to your child is unacceptable.”

For an intransigent problem, Richard Horowitz, former superintendent and author of Family Centered Parenting, recommends joining forces with other parents: “If no progress is made, I strongly suggest contacting other parents in that class and going to the principal as a united front. There is strength in numbers.”

In the end, all experts agree on one thing: If your child has been bullied, threatened, or abused, you should take action. “You need to say, ‘I want my child taken out of the classroom,’” Meyers says. “It will not reflect poorly on the child or the parent. Your child will be welcomed into the next room. I’ve done it myself.”

“In the end, your job is to protect your child,” Steve Perry agrees. “If a teacher does something so unprofessional, they’ve jeopardized their status and all bets are off.”