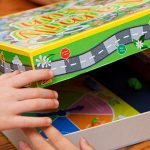 Board games: More than fun and games

Turn off the TV and get cozy with some old-fashioned board games. Your kids will have a ball and develop valuable learning skills while they play.

Tonight, put the video games on pause and computers to sleep, and break out the board games. These boxes of old-fashioned fun get everyone in the same room and help family members across generations connect, compete, and have a great time together.

That’s not all: Games are an entertaining and painless way to help kids build essential learning skills. In fact, games are one of the best educational tools around, according to Katherine Palmer-Collins, a sixth grade teacher in Orinda, CA. Palmer-Collins says board games help kids develop new skills on the sly — a concept teachers call "accidental learning" — which means there’s no anxiety or resistance, only fun. Find out how these 10 beloved board games will help your kids learn. 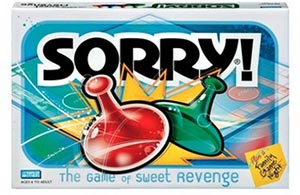 Sorry! (known as "the game of sweet revenge") has been a favorite since Parker Brothers brought it to the U.S. from England in the 1930s. Sorry! is simple enough for young children to play and exciting enough to keep older kids coming back for more, making it a perfect choice for family game night. Although the basic concept of Sorry! is deceptively simple — you move plastic pieces in a linear sequence around the board — a series of rules about where you can move, and when a player can "bump" another out of place, quickly turns the game into a rollicking race. In the process, kids learn lessons on strategic thinking and hone basic math skills; the feature requiring players to move pieces backwards helps kids learn negative number concepts as well, according to Jeffrey Hinebaugh, author of A Board Game Education. 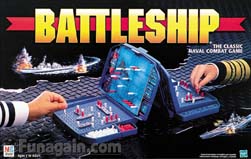 Whether kids are trying to find where the flag is hidden in Stratego, or attempting to locate and sink their opponent’s fleet in Battleship, they’re learning deductive reasoning, a skill they’ll need for every subject they tackle in school. In Stratego, the goal is to capture your opponent’s flag while simultaneously protecting your own. In Battleship, players strive to sink their opponent’s ships before their own get blasted out of the water. Both games require a degree of sleuthing and trickery — that’s where the deductive reasoning comes in. When players are hiding their ships and flags, they’re developing important strategy and planning skills. According to board game expert and author Jeffrey Hinebaugh, kids who play strategy games including Sorry! Clue, Battleship, and Stratego in childhood earn higher test scores in high school and college. 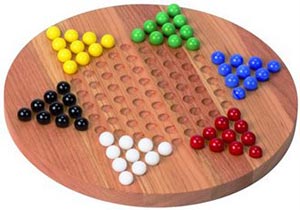 These old favorites are a great way to while away the hours on a rainy afternoon. Kids love chess (and checkers, its simpler cousin) because they offer the competitive challenge of trying to outwit an opponent one on one. (Chinese checkers is a good alternative when you have more than two people eager to play.) Of course, there’s a serious side to these games, too: they require deep concentration and strategic thinking, providing one of the best brain workouts around. Today many states, including New York, New Jersey, Ohio, Texas, and Massachusetts, have introduced checkers and chess into the school curriculum.

Bottom line: Players pick up problem solving, reasoning, critical thinking, and strategic planning skills while they hop, skip, and checkmate their way across the board. 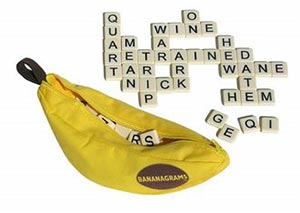 Ages: Bananagrams, 8 and up; Appletters and PAIRSinPEARS, 6 and up

Bananagrams is a variation on Scrabble that’s a little simpler, a lot more portable, and just as addictive. Like Scrabble, Banagrams requires rapid-fire word-smithing, which helps players build both vocabulary and verbal skills. Unlike Scrabble, Bananagrams requires no board; players work independently, competing against each other to build words and to be the first to divest themselves of all their letter tiles. The game is elegantly simple: It includes just wooden tiles in a banana-shaped storage bag, so it’s easy to tuck into your suitcase whn you go on vacation. A couple of variations on the original — Appletters and PAIRSinPEARS — help younger kids develop reading skills, too. 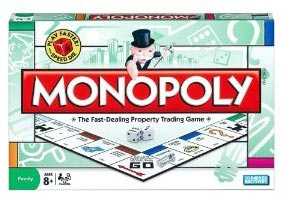 When Parker Brothers first produced Monopoly commercially in the 1930s, a variation of the game was already popular with college students studying economics. No wonder, then, that math, business, and economics teachers encourage kids to play Monopoly to grasp important skills in math and strategic thinking. In fact, according to board game expert Jeffrey P. Hinebaugh, Monopoly is one of the best ways to teach core concepts of banking, economics, and finance, such as planned investing and delayed returns. Whether kids win the game with hotels on Boardwalk and Park Place, or wind up penniless, they’ll get an instructive — and entertaining — introduction to the world of finance. 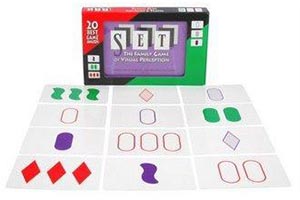 Few games are the brainchild of a single person, but that’s the story behind Set, a pattern recognition card game. Set was introduced by population geneticist Marsha Falco, who first developed the cards to teach herself gene combinations. As the game’s popularity grew among her friends and family, she started demonstrating it at local fairs and events in Michigan and selling it to local stores. By the early 1990s, Set became a national fad fueled by enthusiastic teachers and education-oriented families. The game is comprised of a simple box of 81 unique cards that feature different combinations of symbols, colors, and shading. To play, the dealer lays cards face up, while the players look for specific combinations of cards to form a "set". The first person to spot a set gets to keep the cards. The more you play, the faster the fun. Teachers have embraced Set for a variety of brain-building benefits. The game helps kids build skills required for algebra, for example, while educational experts say it’s one of the few activities that gets the right brain and left brain working together.

Did Colonel Mustard do the deed, or was it Mrs. Peacock? Did s/he use a knife or a candlestick and was the crime committed in the Conservatory or the Billiard Room? Clue, the classic mystery-solving game, invokes an atmosphere of elegance and evil that kids love. It’s also an excellent way to develop logic and deductive reasoning skills. As players set out to solve the classic crime, they start with a set of variables and must use logic to assemble a case. By making a series of educated guesses, players gather pertinent information to eliminate suspects, possible  weapons, and locations until they solve the crime. An added benefit: Kids who love Clue often develop a love of mysteries, too. 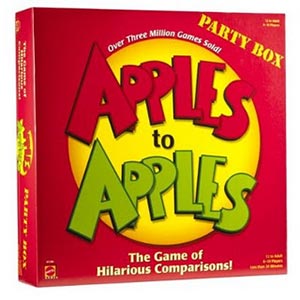 Apples to Apples, known as "the game of crazy comparisons," is riotous, goofy fun. It’s perfect for family game night, birthday parties, and family vacations because you can play with from four to 10 players — the more players, the bigger the fun. Built around a boxed set of cards, Apples to Apples requires players to find matches between simple adjectives —  like "scary" or "luxurious," for example — and people, places, objects, or ideas — from Lady Gaga to cotton candy to the Grand Canyon. Players take turns being the judge and choosing the words that make the best match — and the results can be hilarious. It turns out that teachers love Apples to Apples as much as kids do because it’s a great way to build vocabulary and comparative reasoning skills. The game has even earned the brainiac seal of approval, winning a Mensa Select award in 1999. There are numerous variations, including Apples to Apples Junior for younger kids. 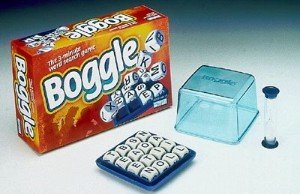 A classic word game with a shriek-inducing timed feature, Boggle is played by shaking out letter cubes and trying to find as many words as you can before your time is up. Boggle is easy to play and highly portable — you can play one-on-one or in teams, when the competition really gets rowdy. (A version for preschoolers, Boggle Jr., uses cards and trays to help little ones match simple words with pictures.) 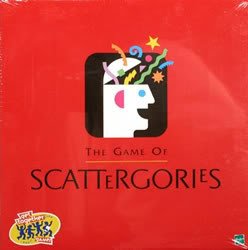 A modern and much more raucous version of Charades, Scattergories is a party crowd pleaser. The object of the game is to come up with words that begin with a certain letter, based on categories that include everything from sports to food. Originally sold as a party game, Scattergories quickly became popular with teachers because it inspires creativity and teaches kids to think on their feet.