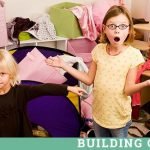 We want kids to learn to work things out on their own instead of coming to us with every problem. But does teaching kids not to tell encourage dishonesty?

When Ashley Merryman was 12, her friends started shoplifting. When she finally told her mom, who in turn contacted the kids’ parents, the other girls were understandably unhappy with Merryman. But surprisingly, Merryman says, the girls’ parents seemed angrier with her for “telling” than at their own kids for stealing.

This blame-the-messenger phenomenon isn’t new. There’s something ingrained in our culture against “tattletales,” as they’re called in the early years, or “rats,” “snitches,” or “narcs” as they’re known from teens into adulthood. Tattling especially peeves preschool and early elementary school teachers. There are thousands of “Tattling vs. Reporting” posters saved to Pinterest for teachers and parents looking for chart-friendly ways to help curb the behavior, with titles like “Don’t squeal unless it’s a big deal.”

Why? Because adults often believe that tattling is a bid for attention, a way to get another kid in trouble, or a means to redirect attention away from a child’s own misdeeds to another’s. Sometimes adults assume tattling is an outright lie, made up to support the above reasons. But research has shown that nine out of 10 times, a tattler is telling the truth. Even so, Merryman, co-author with Po Bronson of Nurture Shock: New Thinking About Children, says, “We’re much more likely to chastise a true tattle than we are a kid’s actual bold-faced lie to us.”

Another reason that adults tend to discourage tattles — even ones they believe to be true — is that they think kids should be working it out on their own. However, research suggests that when kids finally tell, they have endured or witnessed another kid’s offense multiple times. At the point when they come to you, they’ve run out of options and are asking for help, or at least sincere acknowledgement of their struggle. “They want you to step in because they feel they’ve used up all the alternatives,” says Merryman.

So kids are in a bind. On the one hand, grown-ups say, I want you to tell me when something is wrong and always tell the truth. And on the other, don’t tattle. “You can see how frustrating this must be for a kid,” says Merryman. “These rules send not only mixed messages, but they’re diametrically opposed and there’s no clue about when one rule applies and when the other doesn’t.”

Some experts caution that deflecting tattling with a blanket, “Don’t tattle,” may have unintended consequences. “I think it is important to emphasize the importance of telling the truth with younger children and then as they get older and can understand the nuances of social interactions and people’s intentions, discuss different types of situations and what is the best response,” says Victoria Talwar, an associate professor in the Department of Educational and Counseling Psychology at McGill University in Montreal, a leading researcher on the development of lying in children.

The term “tattling,” she says, should be used with caution. “It is important that children be told they can and should report other’s harmful behaviors — like if another child is pushing them and won’t stop when asked. They need to know that is not acceptable behavior.” Using a world like “tattling” that has stigma attached to it, Talwar says, may make kids less likely to report harmful behavior and ultimately teach them to be silent if they observe bullying or abuse later on.

As teachers know all too well, where there are multiple kids, there will be tattling, a.k.a. telling someone about the alleged wrongdoing of another. Preschool teachers in particular face a constant stream of reports on the wrong-doing of others, from the rule-enforcing “Kristin’s chewing gum” to the plea for justice “Ellis took my truck.” One study found that “tattling represents the majority of talk about peers’ behavior to their parents,” which can drive anyone batty. And yet, resorting to a silencing “Don’t tell” or the shame-inducing “No one likes a tattletale” is just a bad idea for everyone.

“There are some problems that kids need help with,” says Laura Paret, a clinical psychologist specializing in children and adolescents in New York City. “To feel like there’s not a trusted adult they could get that support from makes the environment feel less secure.”

Tattling as a teachable moment

You want to help kids learn to undo some social tangles themselves — within reason, says Paret. “You want to give them a sense of safety and security that adults can provide, but you don’t want to do the work for them,” says Paret. “As kids get older, they have to work through interpersonal conflicts on their own to a much greater degree.”

To get there, kids need skills, support, and acknowledgement. So when your child comes to you with what sounds like a tattle, Merryman suggests that you first ask, “Are you OK?” to assess emotional and physical well-being. Then ask, “Did you tell him/her to stop?” If the answer to that is no, part of the problem solving you do next with your child might be to work on that, because setting boundaries is not easy. “That’s a hard skill to build,” Paret says. “It involves a certain amount of emotional regulation.”

Then, do some reflective listening to validate your child’s perspective, even if you don’t agree with it. “He or she believes they have a legitimate complaint and you should treat that accordingly — he’s not trolling,” Merryman says. “The indication that you’re listening is in some ways more important than what you do. Taking it seriously is the most important part.”

You can wrap up by asking your child what you can do to help. She may not need anything — or she may request an intervention you can choose to do or not. You can also brainstorm solutions together.

The friendly tenor of this exchange is essential in keeping lines of communication open between you and your kids. “Especially if you’re talking about how this is going to play out when the kid is 16 and wondering if she should tell you that people were drinking and smoking weed at the party she just went to,” Merryman says.

With kids who regularly tattle on rules-related offences, it can help to take a moment to pull them aside and tell them, “Thanks, but I’ve got this.” Tattling becomes less common as children get older and are socialized by their peers. For older kids, says Talwar, it is important to reinforce for them that they can tell you anything that is happening that hurts or upsets them.

If the endgame for parents is making sure our kids feel that we are safe and available harbors for all kinds of information, then maybe it’s time to simply erase the word “tattle” from our vocabularies. We can replace it with something a bit more dull, but perhaps ultimately more helpful for keeping the lines of honest communication open, like: having conversations about concerns. It’s not as catchy as “Don’t squeal unless it’s a big deal,” but it just might get us from preschool through the teen years with open communication intact.

This article is part of a new series on how the science of character development can help parents promote honesty, diligence, gratitude, generosity, forgiveness, and curiosity in their children.