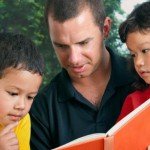 If your family is pulling up stakes, check out these books to help kids with the move.

You’ve found a bigger house or gotten a great job in another town or decided to try cheaper pastures, so it’s time to pack the boxes and get a move on. But no matter the reason (or whether it’s across town or across the country), moving can be an uncertain and stressful time for everyone, especially your kids. They may have a range of fears about leaving behind their friends, school, or bedroom.

So before you stock up on bubble wrap, talk to your kids about the move. To help get the conversation started, here are some books that deal with all the issues and emotions relocating can stir up.

This is one of the Usborne First Experiences books, and it takes a factual, positive approach to moving. For young kids who are wondering what to expect when they relocate, this is a nice, straightforward choice. You won’t find any value judgments (nothing about how much fun it is to make new friends or how hard it is to leave behind old ones), just a simple outline of what happens when you move.

“Cause I like my room and I like my school/And we live real close to a swimming pool/And my best friend lives around the block. /Why move to a place called Little Rock/ Anyway?”

This is a great, up-tempo book about a boy who is sad to be moving away from all the things he loves. The rhythm of the text holds throughout the book, making it a fun one to read out loud. The story follows a familiar arc, with the boy ultimately coming to appreciate the good things about his new home while still treasuring the old.

Mr. Rogers is all about neighborhoods, so who better to turn to when you have to move out of one? Unlike other books on moving, this one isn’t a story but has a more direct approach — it explains the changes children might see when relocating (packing, the moving van, etc.) and addresses the emotions they may be feeling. Mr. Rogers points out the excitement about the new place and reassures kids that they can stay in touch with old friends by calling and writing letters (the book predates email!). And as always, he has words we can all live by: “Wherever you are, you’re still the same person.”

Alexander, Who’s Not (Do You Hear Me? I Mean It!) Going to Move
By Judith Viorst, illustrated by Robin Preiss Glasser
Atheneum (1998)

Leave behind his soccer team, his best friend, and the cool neighbors who give out great candy at Halloween? Not going to happen. Or so says Alexander, a boy whose family is moving 1,000 miles away. And he puts up a pretty good fight, until he ultimately realizes (after much reassurance from his patient parents) that there will be good things on the other end of this move. Kids may identify with (and get a chuckle out of) the slightly subversive Alexander, and they’ll learn along with him that moving has its upsides too.

Tooter Pepperday is not going to stand for this ill-conceived move from her home to her aunt’s farm, where there’s no cable TV and no — gasp! — pizza delivery. No, she has plans to sabotage this ridiculous idea. Tooter eventually comes around to farm life, but not until an egg she has been charged with tending hatches.

Henry and his slobbery hunk of a mutt, Mudge, are not moving, but Henry’s cousin Annie is. While Henry is excited about getting a new next-door neighbor, Annie is feeling the strain of leaving her friends and school. Henry and Mudge help ease her into her new place and make it a real home.

This book will appeal to older kids, as it goes deeper into some of the sadness and angst moving can bring up for adolescents. The story, told in a series of poems, follows 12-year-old Fletch as he comes to terms with his move from Massachusetts to Ohio. It’s a beautiful, evocative book, exploring his feelings of loss and fear. Each poem brings him closer to the move, and kids can see how his emotions evolve in the process. Though the book is sad in parts, it ends with a sense of hope for the new life Fletch is building in his new home.