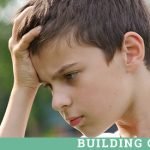 8 famous “failures” your child can learn from

When kids make a mistake, it can be hard for them to look past the frustration and see the rewards that lie ahead. One way to keep your child from getting discouraged is to remind him or her that some of the world’s most successful people made big mistakes. In fact, it’s important that kids learn that the only way to succeed is by failing (sometimes more than once!). These famous failures can help your child understand that failure is a common pitfall on the path to success.

Here are eight stories to share with your child about famous people who kept trying and learned from their failures:

To read more about these successful “failures,” check out:

“Rihanna Inks Her New Motto Onto Her Chest,” OK magazine